Rapid prototyping is a production method where objects are manufactured directly from CAD (computer-aided design) software.

As you know, a prototype is a preliminary version of an end product used to assess its shape, materials, design, technology, and mechanical qualities. A ‘rapid prototype’ is made quickly from CAD data.

3D printing – or additive manufacturing – is the most common application for rapid prototyping because it produces objects from CAD with slicing in-between.

This prototyping process reduces the design-to-production timeline and unlocks the door to new materials, geometries, and efficiencies.

However, you need to know the advantages and disadvantages of rapid prototyping before jumping in with two feet.

This article reveals the most significant advantages and disadvantages of rapid prototyping with 3D printing as the application type example.

What is rapid prototyping?

In the last decade, 3D printing has emerged as the king of rapid prototyping because it can produce complex models in a desk-friendly footprint.

It is helpful to think of rapid prototyping as a process that enables the compression of production timelines. Rather than spending time setting up CNC machines and testing iterations in the real-world, 3D modelling software tests objects with AI, and a 3D printer produces the object within a few hours.

Here are the most significant advantages of rapid prototyping:

Rapid prototyping fosters fast product development by instantly sending digital drawings into physical production. A 3D printer usually has material profiles, so all that is needed is a sliced file with design instructions.

A 3D printer takes sliced CAD files and produces three-dimensional models. No machine configuration or monitoring is required – the model is produced according to the instructions in the file, usually within a few hours.

Rapid prototyping harnesses software automation to prototype quickly, from the modelling/drawing stage to testing and manufacturing.

Models fresh off the print bed are also ready to go with minimal post-processing, especially those made with FFF/FDM. Models made with SLA 3D printers, like those from Formlabs, require post-curing with UV light, which turns the resin into a permanent solid.

The highest cost with prototyping is configuring, maintaining, and monitoring equipment like CNC and injection moulding machines. Rapid prototyping with 3D printing offers a much lower cost, especially as you scale up.

Because rapid prototyping is significantly faster than traditional prototyping, you get more time to test materials, geometries, and production methods.

For example, parts you intend to manufacture in polycarbonate (PC) can be made in ABS, nylon, and PET-G, which might reduce failures and work out cheaper. You can also try out different infill patterns to save materials.

Should an engineer have a light bulb moment to solve common design problems, rapid prototyping also gives them physical parts on the same day.

One of the most overlooked advantages of rapid prototyping is that it identifies design problems early in the production process.

Early access to prototypes and iterations for testing saves money and material waste in the long run. This is critical to making product development economically viable, with many businesses going bust during development.

Here are the most significant disadvantages of rapid prototyping:

3D printers won’t print wood, cloth, paper, or rock, so rapid prototyping is not suited to producing prototypes that require these materials.

Rapid prototyping is most suited to prototyping metal and plastic parts and for capturing other material forms. For example, a wooden sculpture can be printed in plastic, creating a true-to-scale prototype for artistic reference.

Disadvantage #2 – Not suitable for assemblies

Rapid prototyping is not suitable for assemblies containing multiple parts – it is only suited to producing single components/models. While you can build assemblies part-by-part with rapid prototyping, you are constrained by print speed.

It is best to use rapid prototyping for single components like housings, casings, arms, brackets, and clips. Additionally, rapid prototyping will not give you a sense of the final product’s strength, colour, or surface finish.

Disadvantage #3 – It can get expensive

While rapid prototyping offers a fast way to whip up prototypes and save money with design improvements, there is no denying it is an expensive investment.

On average, a business-grade desktop 3D printer will set you back £5,000 to £15,000, plus you have materials, training, maintenance, and upgrades to consider.

The question is whether the capital investment is worth it to your business. At scale, rapid prototyping is economical, and it can also work at a small scale if it helps to speed up time to market and solve engineering challenges.

If you enjoyed this article, read our pieces on the different types of filaments and topology optimisation.

For expert advice on rapid prototyping and 3D printing, please get in touch with the team at 01765 694 007, email team@additive-x.com, or you can 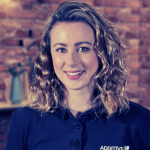