TCT Show is a fabulous place to show off new printers and the models that can be made with them. For the 2017 show GoPrint3D were delighted to have the chance to exhibit a full size moving replica head of Johnny 5 – the robot from the film Short Circuit who slowly gains sentience after a lightning strike scrambles his programming.

Our Johnny 5 replica is the brainchild of Chris Wright, one of the Technical Specialists at GoPrint3D. He has been obsessed with Johnny 5 since he saw Short Circuit as a child, and he made his first complete version out of toilet roll tubes, cardboard boxes and tin foil when he was just 11 years old. Chris entered this into a high-school competition, which he won, and since then he has been determined to make a full-scale replica of his favourite character.

Initially, Chris planned to build Johnny 5 out of wood, but he found his woodworking skills weren’t remotely good enough and so the project was shelved. Then in 2015, his dreams to build a full size replica were reawakened with the discovery of Input-Inc.

Input-Inc are a US-based group dedicated to creating an accurate, full size replica of Johnny 5. They contacted the owner of the original model and gained his permission to dismantle the original in order to re-create him. Painstakingly the guys at Input-Inc took photos and measurements of every single part that he was made from and then used SolidWorks to make a CAD of each one. Shortly afterwards, Input-Inc released their CAD files so that other Short Circuit fans could make their own robot.

Working in a 3D printing workshop, the answer of how to manufacture the robot was obvious. Chris used a combination of the Formlabs Form 2, Markforged Onyx Pro and Zortrax M200 printers along with his own hand-made Delta printer to create the magnificent being. The many hours Chris had spent on his Raspberry Pi paid off for him as well, allowing him to install the electrical parts and program the robot’s moves as well without the need to outsource.

The moving, blinking, eye-colour changing robot had his first outing at TCT 2017 and proved a real hit, with visitors asking questions and taking photos/videos. We’ve seen him on YouTube a lot since, and he even got a cameo on the intro video to the TCT Awards!

When asked what was coming next, Chris replied “I’m also building the rest of him. He’ll be over 6 foot tall when he is finished, there’s a lot more work to do.” 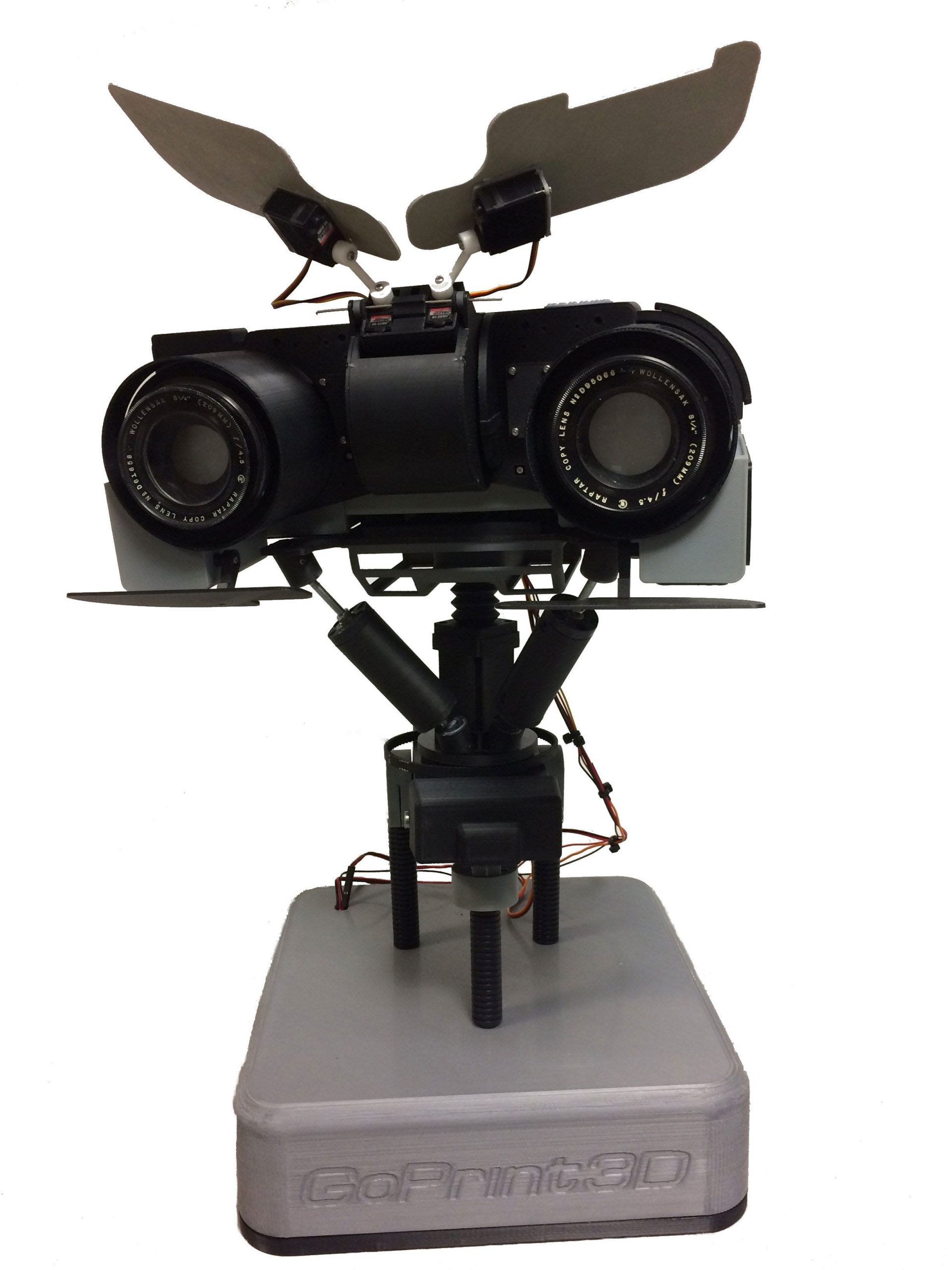 Chris has mentioned that he is also in the process of building BB-8 from Star Wars and is about to start on R2D2.