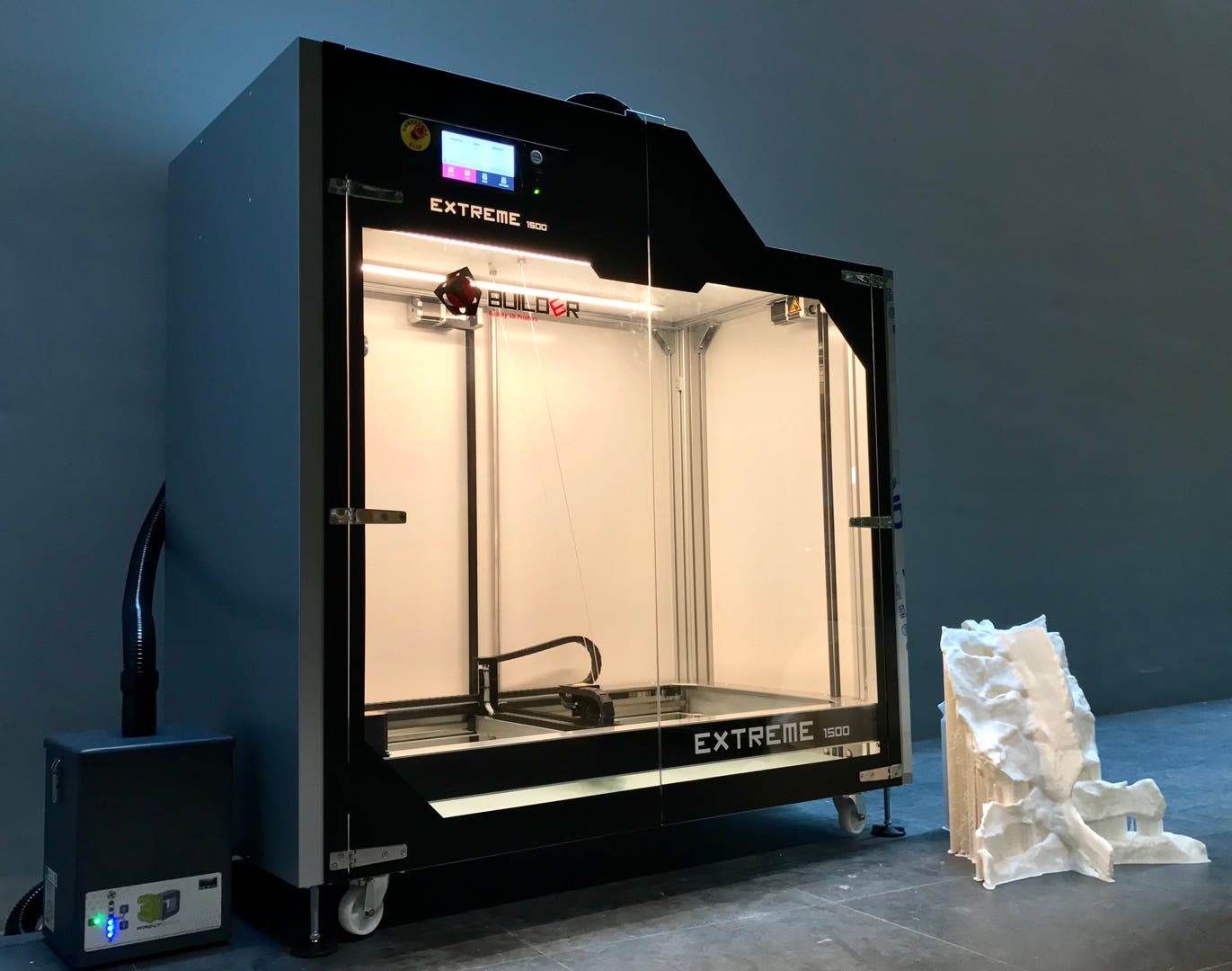 The Triceratops lived around 68 million years ago during the Late Cretaceous period. It was herbivorous, around 12-tonnes in weight, and had one of the largest skulls of any dinosaur relative to its size with prominent horns and frills. It is thought these were used in combat, and perhaps in courtship display. Whatever the case, thanks to the 1998 film Jurassic Park, Triceratops is one of the most recognisable dinosaurs of them all.

So when a 68 million-year-old skeleton of a Triceratops was discovered in 2013 in Montana US, along with a few other dinosaurs, the world of palaeontology stood up. The skeleton was nicknamed ‘Dirk’ and a long, meticulous process ensued to dig up the bones for study.

The Palaeontologist team discovered that while many of the bones were very well preserved, the skeleton was incomplete. A number of bones were missing, including a large part of the spine, a number of the ribs, one of the horns, and a large part of the frill. Naturalis, who inherited the skeleton, wanted to reconstruct the skeleton so it could be displayed at the Naturalis Biodiversity Center, located in Leiden the Netherlands.

Dirk had a number of bones missing, giving the team an incomplete skeleton to work with. However, with modern technology such as 3D scanning and large scale 3D printing, the Naturalis team were confident they could complete the skeleton with 3D printed parts.

“Modern-day palaeontologists use 3D imaging and printing techniques as an instrument to reconstruct fossil remains that are discovered in scientific excavations,” Dr. Peter H. Schalk, Director of Public and Markets at Naturalis, explains, “An industrial Builder Extreme 3D printer is deployed in the LiveScience gallery of the new Naturalis museum as an ongoing demonstration to the public how missing parts are printed and fitted in dinosaur skeletons.” 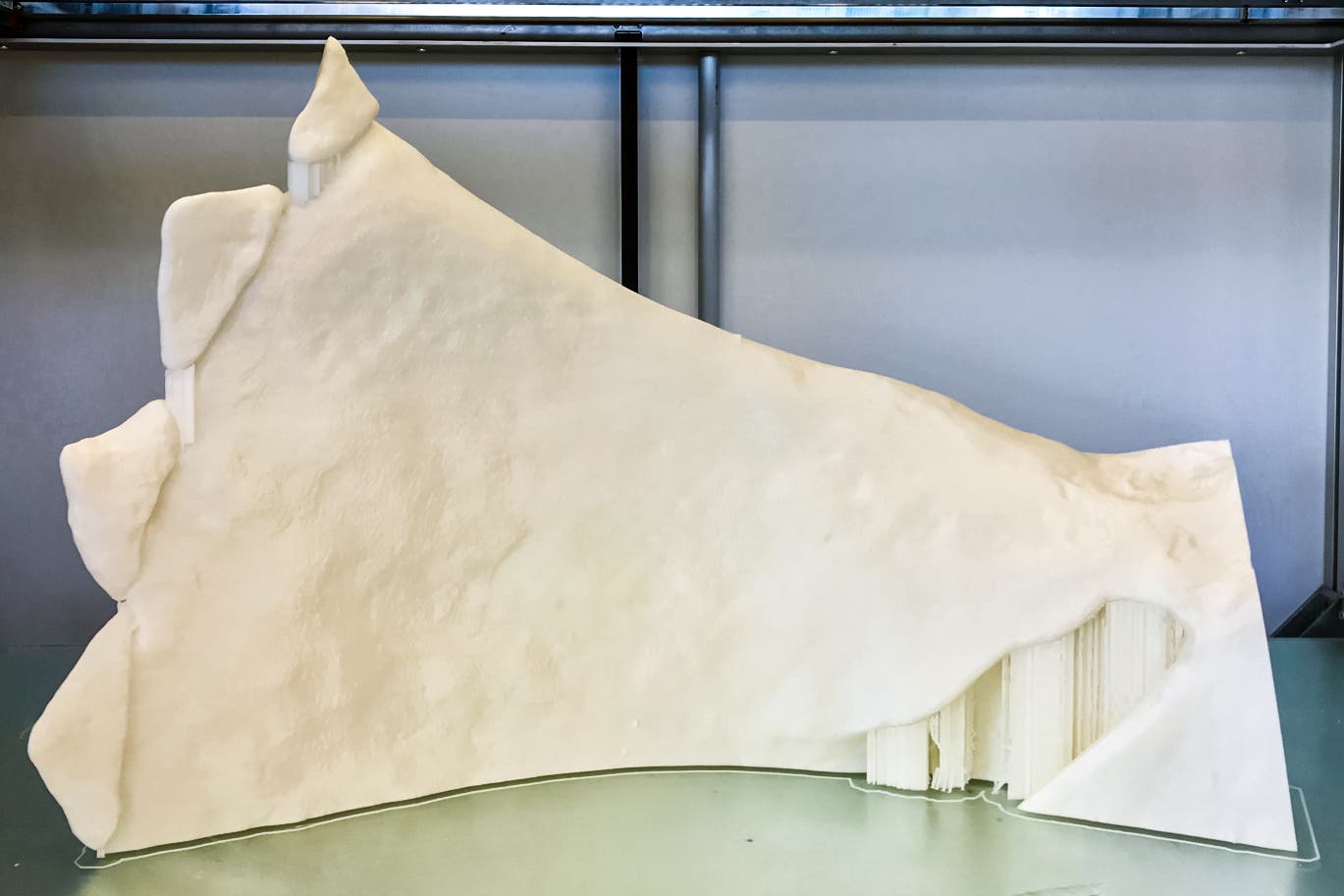 The process began with thoroughly cleaning the original bones, which in itself is a specialised and painstaking process. Once the bones were of an acceptable standard, each one was digitally scanned with a 3D scanner. The team would then use a mirroring technique to develop left and right parts, but for others, they had to use original bones from other Triceratops. For example, a section of the spine was taken from a Triceratops skeleton in the Children’s Museum in Indianapolis. 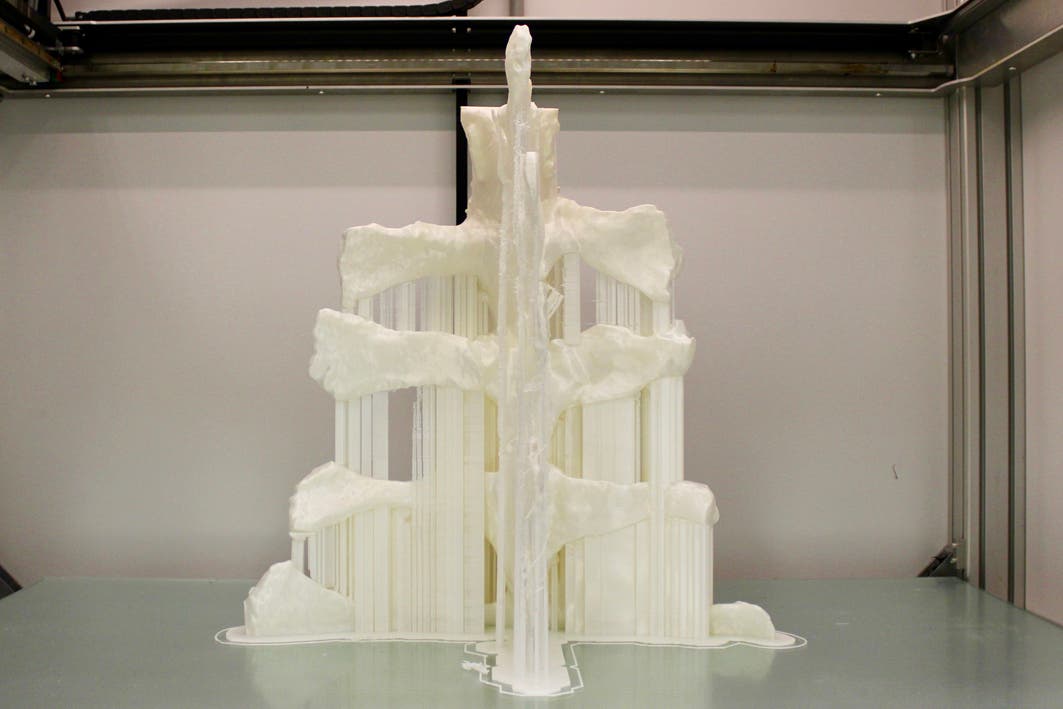 “For some other bone elements, particularly the vertebrae, we were welcome to use a scan of a Triceratops skeleton in the collections of the Children’s Museum in Indianapolis,” says Anne Schulp, a researcher at Naturalis, “Their Triceratops skeleton is very much complementary to what we found of Dirk.”

After processing the 3D scans, 3D printing could begin.

Because of the size of the bones, and the need for them to be 3D printed as single parts, Naturalis looked to a large-format 3D printer for their manufacturing output. They chose the Builder Extreme 1500 Pro because of its enormous 1100 x 500 x 820 mm (XYZ) build volume. This would enable them to print parts to scale, and also relatively quickly, at a print speed of up to 80 mm/s.

“[Using desktop 3D printers] works perfectly fine if you only need 3D prints of a handful of smaller bones”, says palaeontologist prof. Anne Schulp, “…and for a single larger bone, combining a couple of smaller prints isn’t too much of a hassle. For a really big project such as Triceratops Dirk though, we had to look further, and that’s where the Builder Extreme came in focus.”

The team set up their 1500 PRO to print 24/7, and over a period of two months, it printed hundreds of different elements for their project. In addition to missing bones, the team found some of the original bones were too fragile to use, so they printed these too. The ribs, for example, were all 3D printed from the originals. The original bones will be used on display. 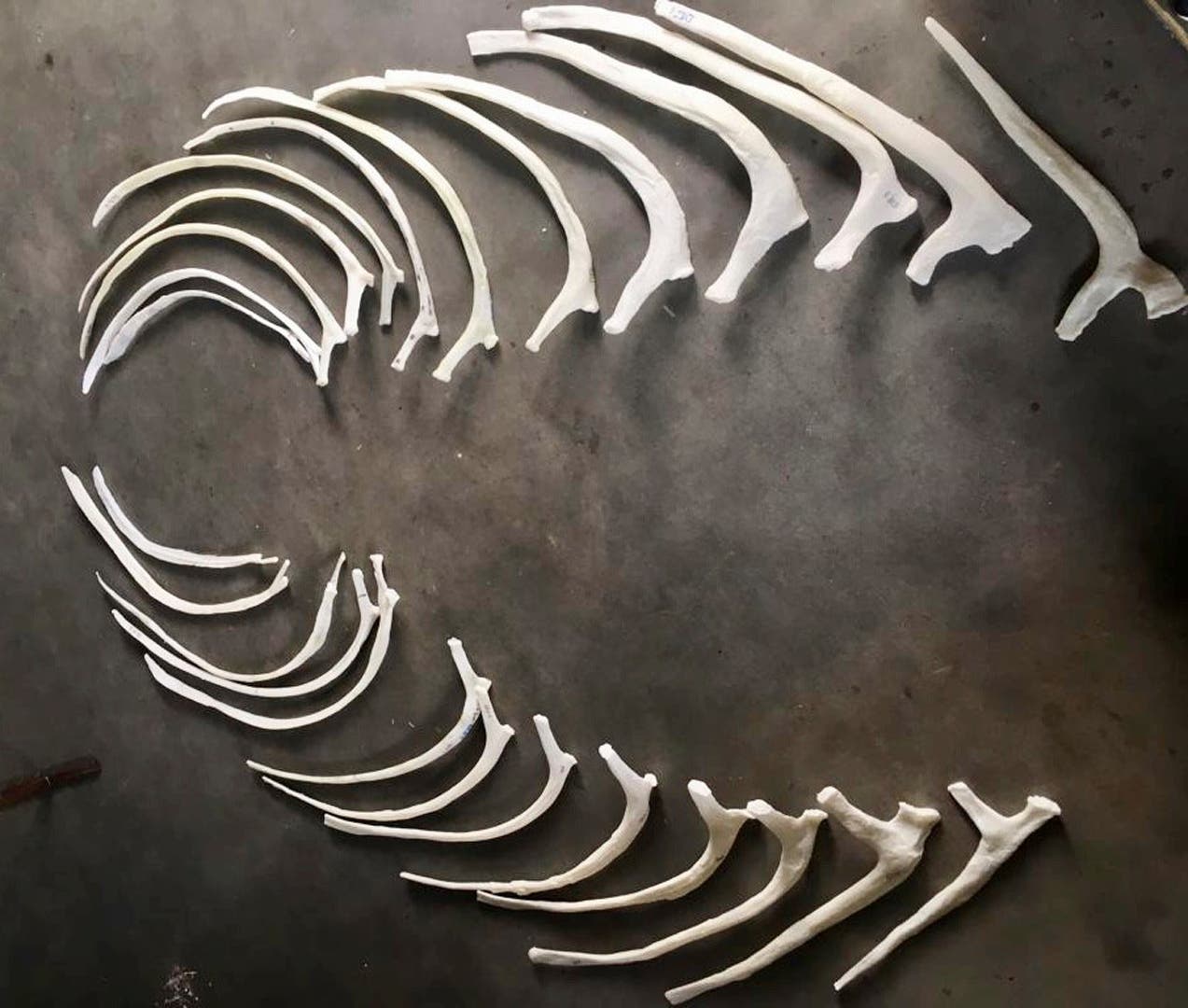 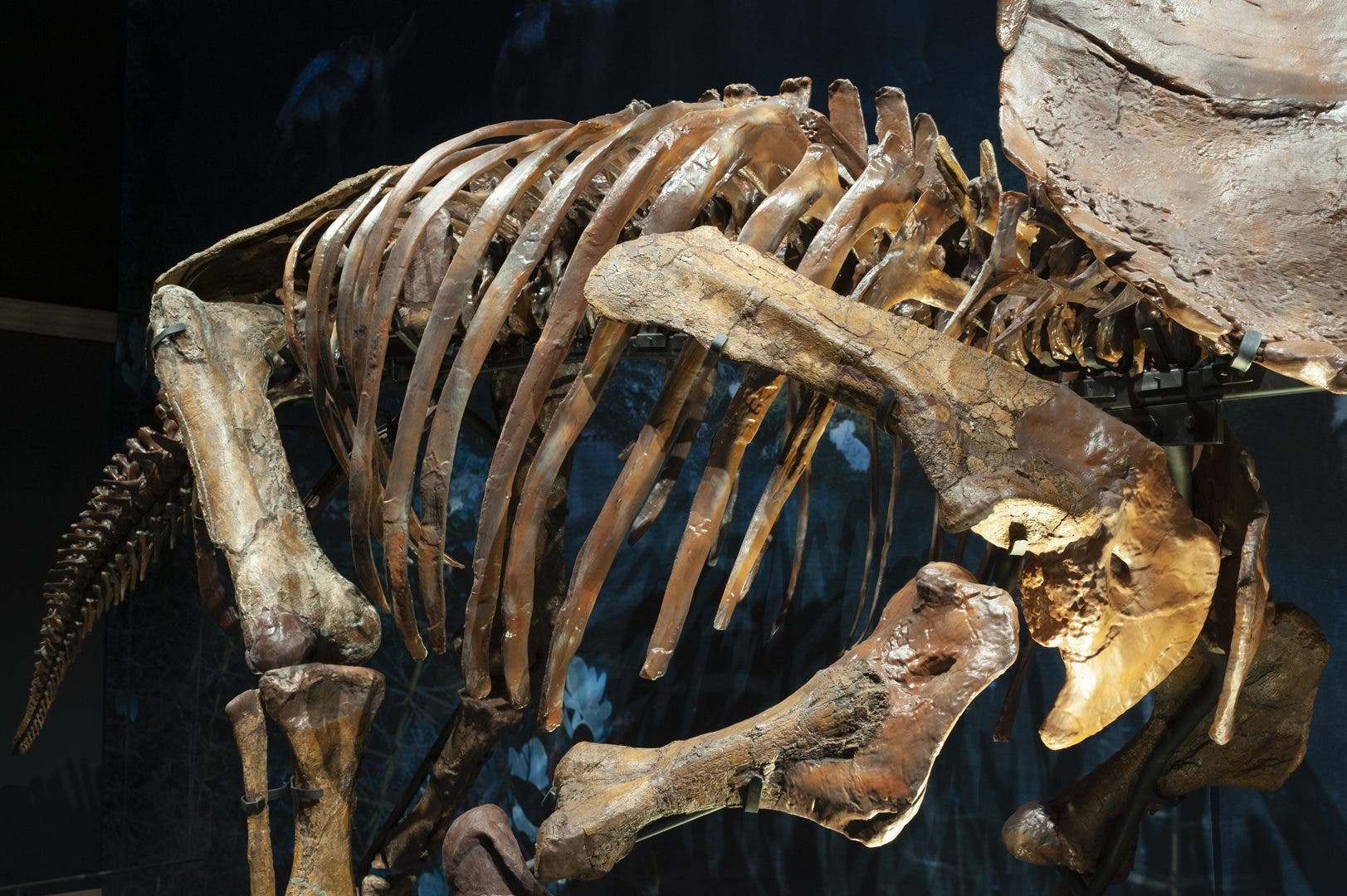 The Builder 1500 Pro did a fantastic job printing dimensionally accurate bones – even those that were highly complex, with challenging shapes and curves. Some of the bones required support material, which is where the 1500 Pro’s dual extruder comes into play.

To finish the 3D printed bones, an artist with the assistance of a palaeontologist painted them by hand so they matched the original bones perfectly. The browned appearance of the original bones was perfectly replicated, to make the Triceratops skeleton appear 100% authentic. Any original bones that were too fragile to be used in the reconstruction of the model have been stored, or they will be shown in displays for visitors of the Naturalis Biodiversity Center to see. 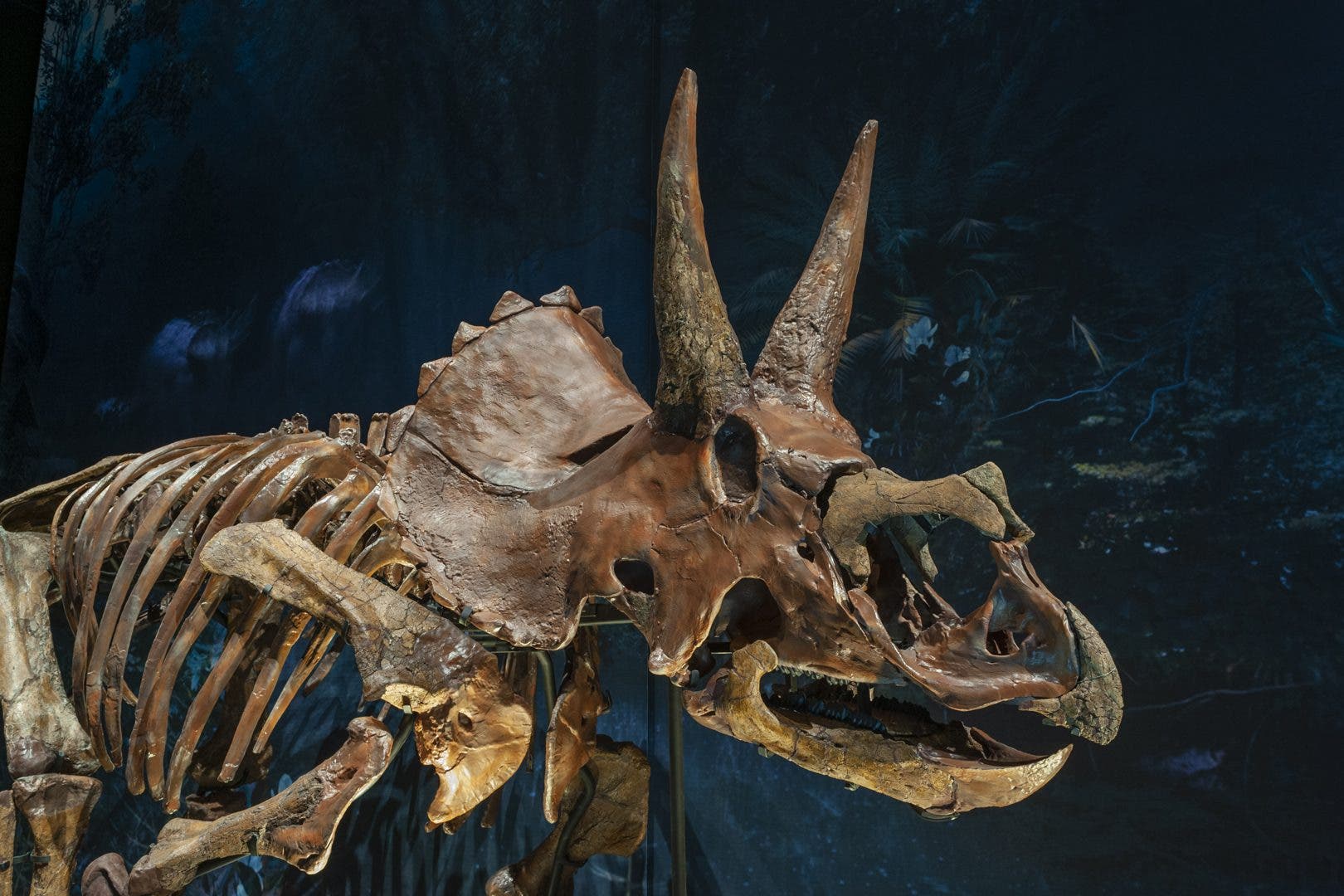 Dirk is now complete once again, but the work doesn’t stop for Naturalis. They’ve already booked the Builder Extreme 1500 Pro for another restoration project. They also have the 3D printer on display in the LiveScience Gallery, to show visitors how they reconstruct bones. Naturalis aren’t strangers to 3D printing, and they plan to make more use of it in the future.

This post was originally covered by Builder 3D in collaboration with Naturalis.

If you enjoyed this case study, you’ll probably like this one covering how 3D printing was used to make dinosaur props for the 2018 film Jurassic World Fallen Kingdom.