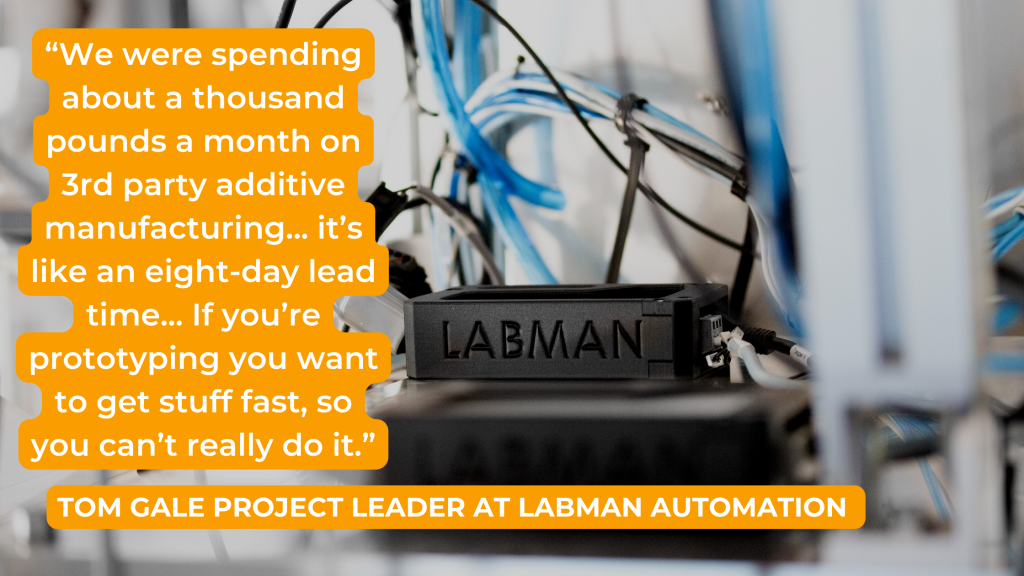 The future is automated, and Labman Automation is helping world leading companies across the globe automate the processes they use every day. To date, the company has manufactured 348 robots which operate in 54 countries all manufactured in Stokesley a small rural town in North Yorkshire, UK.

Labman was founded in 1979 and prides itself on being a creative environment where friendly, enthusiastic engineers produce world leading bespoke robotics automation systems for universities, industry leaders, and laboratories spanning a wide range of industries such as manufacturing, biotech, chemical, medical, paints and coatings, food and beverage, consumer goods, water, and agriculture.

Normally, the tasks automated would be performed by specialised labour such as scientists, lab technicians, and engineers.

For each customer, Labman Automation builds a unique, customised solution, consisting of robotic hardware and a software interface. Automation systems can range from small-size systems that can fit on a desk, up to the size of a large shipping container.

Labman Automation’s first foray into additive manufacturing was an FDM (Fused Deposition Modelling) 3D printer. The purpose of the FDM printer was to create end-use parts for the customised automation machinery built for their customers, as well as prototyping parts. This was a good fit for their business model, as many of Labman’s automation solutions are unique systems, customised for individual clients which, when compared to traditional manufacturing methods 3D printing was a more cost-efficient strategy for producing low-volume parts.

Unfortunately, the output was severely limited by machine reliability, as the printer was almost constantly unavailable due to maintenance issues. Due to the FDM printer’s unavailability, Labman needed to outsource additive manufacturing of end-use parts to a third-party. These parts included covers, gearbox adapters, gripper fingers, mounting brackets, and consumable racks for the machinery. However, outsourcing production of these parts brought forth a new set of issues, as the cost per part was unsustainable and fast prototyping was not possible with eight-day lead times.

Labman Automation were still interested in pursuing the right in-house additive manufacturing solution and got in touch with Additive-X to discuss Markforged printers. But, in the aftermath of their poor experience with their previous FDM 3D printer, demonstrating and proving to them the value and ROI that investing in Markforged would bring to Labman was key.

Kevin Askew, from Additive-X arranged to walk the manufacturing line at Labman and produced benchmark samples to show Labman the strength, quality and finish that Markforged technology delivers. Now armed with benchmark parts that Labman were able to try they were suitably impressed and made the commitment to purchase. 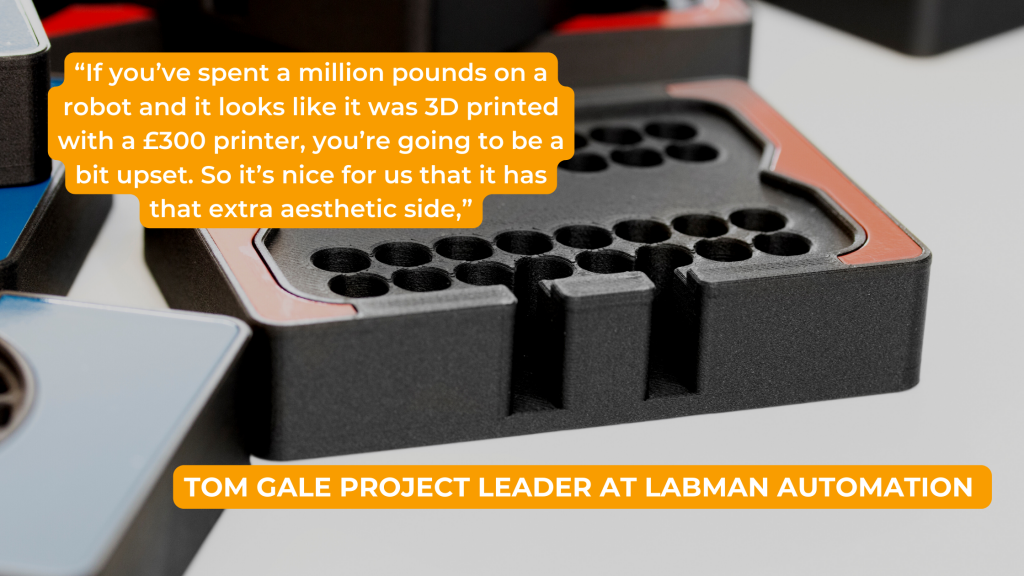 Labman now uses Markforged 3D printing technologies for a range of different purposes, including prototyping and production of end-use parts. For an end part in one system — a balance pan that required five iterations — Labman was able to cut down costs by 75%, compared to outsourcing to the third-party.

Markforged 3D printers have also added significant value with on-site installation assistance for customers. Oftentimes, the team at Labman will ship a Markforged 3D printer to customers during the initial delivery of larger robotic systems. That way, customers are equipped to print parts for quick changes and adjustments. Tom Gale,Project Leader at Labman Automation appreciates the extra on-site worker in the form of a printer –  “It’s handy if somebody breaks something or if we need to make a change, we can just whip up the part really quickly on the laptop.” According to Tom, many of Labman’s customers then go on to buy their own Markforged printers to bring the same capabilities in-house. Which also allows Labman to design a part in their headquarters and have the part printed the next morning at the customer’s point of need making good use of Markforged Eiger™ cloud-based 3D printing software.

For larger systems that Labman deploys, the team estimates that on average, there are hundreds of 3D printed parts. Markforged was a good option for the team because of the surface finish, as most of the parts they are printing are visible on their customers’ automation systems. Tom added “If you’ve spent a million pounds on a robot and it looks like it was 3D printed with a £300 printer, you’re going to be a bit upset. So it’s nice for us that it has that extra aesthetic side.”

The specific material properties used by Markforged Onyx also provides value for Labman as throughout the manufacturing process heat deflection and chemical resistance are essential, as the team uses a lot of acids and solvents on the parts during testing. 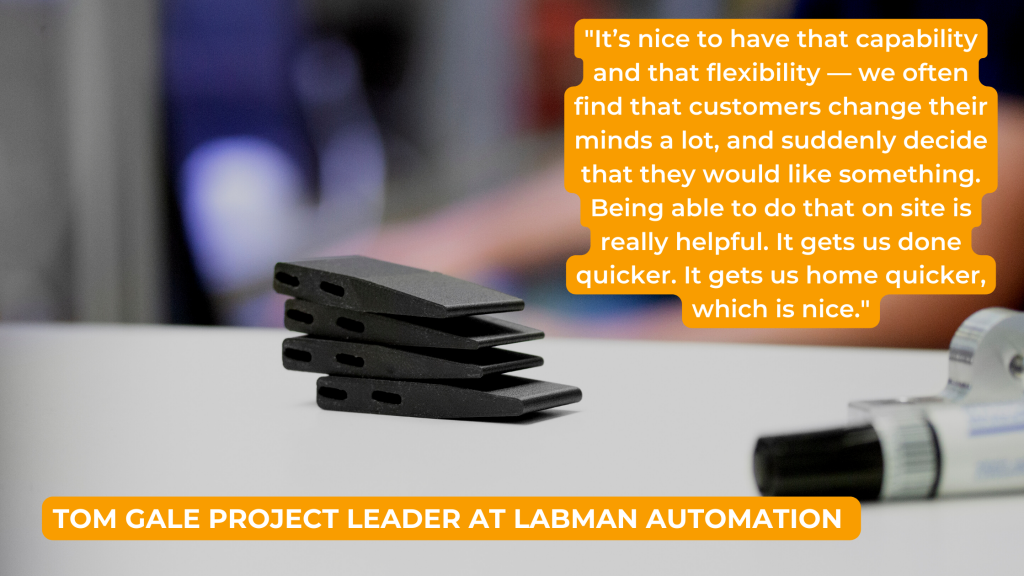 Initially, Labman purchased one Markforged 3D printer Additive-X. After witnessing the benefits that Markforged technology delivered, such as reliability, improved lead times, quality, and flexibility Labman scaled up to six Markforged desktop 3D printers. The Digital Forge will continue to play a critical role in Labman Automation’s business strategy with plans to add more in the near future.