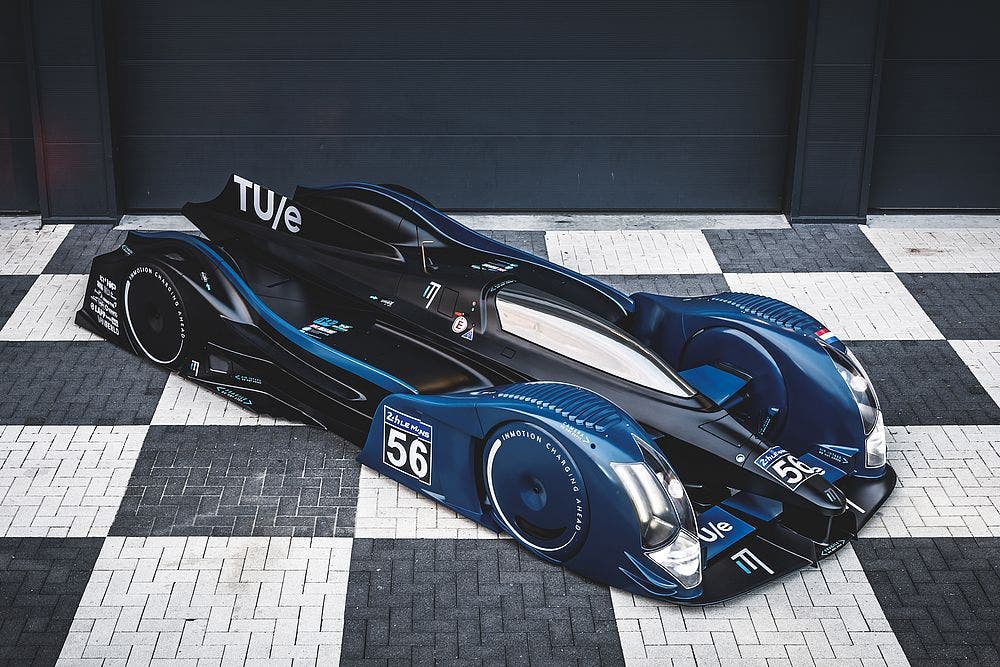 InMotion want to be the first team to compete at Le Mans with an electric racing car. They aim to have a car ready for 2023, with a target to reduce charging times down to the time it takes to refuel a normal car. They will show off their fully electric endurance car in the Garage 56 class during the 24 Hours of Le Mans, but before that, there’s testing to be done.

The team have been perfecting the design of their electric endurance car for a number of years in software. But to take their prototype to another level – that is, to see how it looks and functions in the real-world – they needed to manufacture an actual prototype. Traditional manufacturing techniques proved too inflexible to produce the parts required, so the team looked to 3D printing for an answer. There they found the Builder Extreme 1500.

The Builder Extreme 1500 is a large-format 3D printer with a 1100 x 500 x 820 mm (XYZ) build volume. At 1500 x 600 x 1600 mm in size, it’s one of the biggest 3D printers available commercially. It is so big it is capable of manufacturing long prototypes and models as one piece, where other 3D printers would have to manufacture them as two parts.

The dual-feed extruder system on the 1500 is a unique, proprietary setup that’s engineered to deliver maximum performance and uptime. It uses two extruders but one nozzle, with this setup offering the best possible output. You can print with PET, PLA, PVA support material, flexible filament and special filaments like Woodfill and Bronzefill, although the InMotion team just use PLA because it’s affordable, biodegradable and strong (although it is brittle).

The InMotion Team made use of two of these 3D printers, one at Lay3rs 3D printing in Eindhoven and one at Builder 3D Printers HQ. They manufactured 15 bespoke parts for their electric endurance car including the nose wing and rear wings, which were 3D printed in PLA with a 0.8 mm nozzle. The printed parts had a fine, perfectly adequate finish fresh from the print bed. Nether the less, the team lightly sanded them and painted them so they resemble parts that look like they just came fresh off the production line. Here’s the finished model:

It’s called Vision. Vision will compete in the Garage 56 class during the 24 Hours of Le Mans in 2023. The car is built for endurance racing. But to compete at Le Mans, it needs the ability to charge in minutes – not tens of minutes. The team hopes to have this technology in the bag in the next few years so their race is competitive. In the meantime, they continue to iterate the design of their electric racing car. 3D printing enables them to produce new part iterations quickly at a lower cost.

This information was first published on the Builder website. If you enjoyed this case study, you can find more like it at our engineering and manufacturing page.