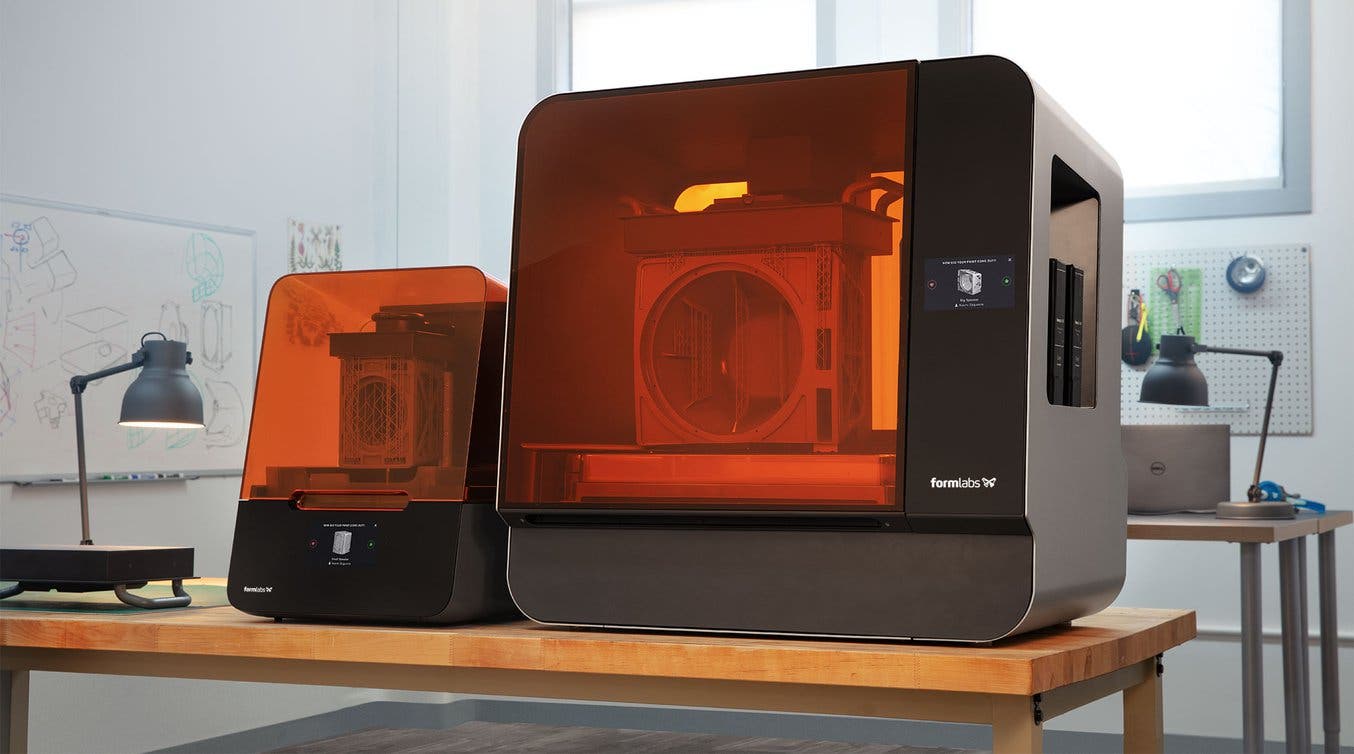 Stereolithography (SLA) is one of the most mesmerising additive manufacturing processes. Instead of building up layers of plastic through extrusion (which is how fused filament fabrication works), SLA sees layers of liquid-resin cured solid with a laser. After each layer is printed, the printer’s tank moves to peel the newly printed layer off the surface of the resin tank, and then the build platform is raised to allow another layer of resin to flow under the build platform.

When viewed as a time-lapse, this process makes it appear as though the three-dimensional model is being ‘pulled’ from a tray of liquid resin. It’s all very sci-fi, and very cool indeed.

Anyway, when it comes to stereolithography, no one does it better than Formlabs. The company’s first 3D printer, the Form 1, disrupted the desktop 3D printer market by introducing SLA to a market used to FFF.

Fast-forward to 2019, and we’ve seen the Form 1, Form 1+, and brilliant Form 2 3D printers come and go. What we have now then is Formlabs’ best 3D printer yet – the Form 3 – and it’s somewhat of a different breed to its predecessors. It’s faster, more accurate, and more powerful.

Here’s everything you need to know about it.

The first thing you need to know is the Form 3 is still a stereolithography 3D printer, but the process has been refined to create a new process called Low Force Stereolithography. 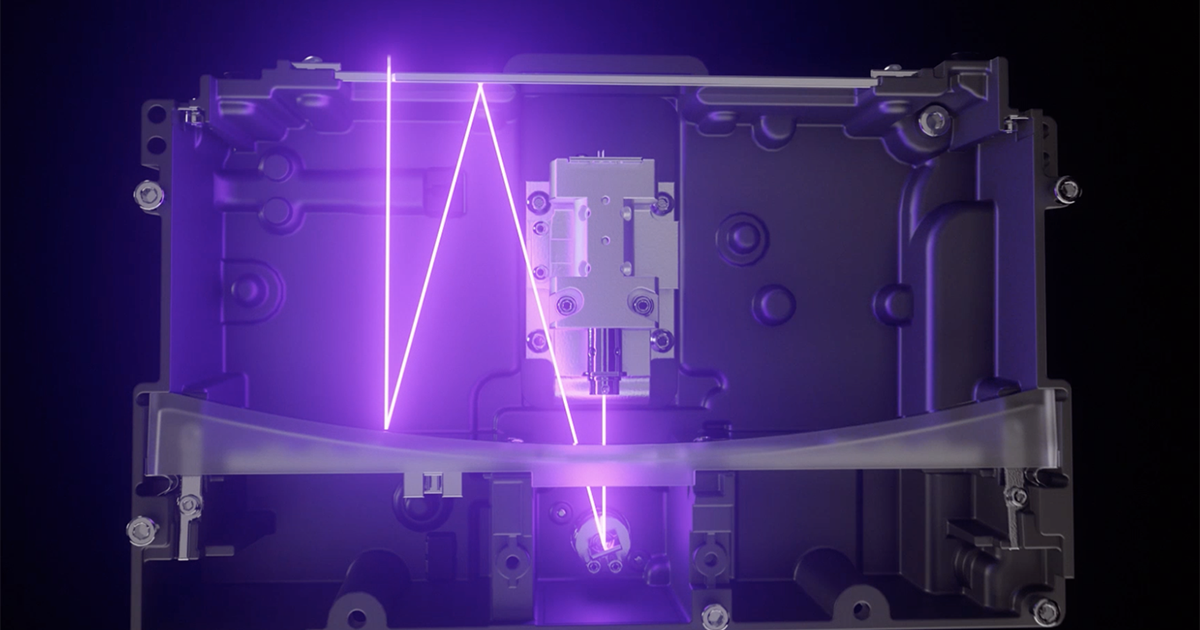 Low Force Stereolithography addresses the biggest engineering challenge inverted stereolithography brings to desktop-size 3D printing, which is the significant forces exerted on parts during printing. These forces are so powerful support structure can be difficult to remove. The Form 2 does a brilliant job handling these forces with calibration, but ultimately, heightened peel forces introduce limitations to the print process – such as reliability, and repeatability.

With the introduction of Low Force Stereolithography, the Form 3 drastically reduces the forces exerted on parts during the print process. LFS 3D printing uses a flexible resin tank and linear illumination to reduce print forces. This enables light-touch support structure and improves performance. 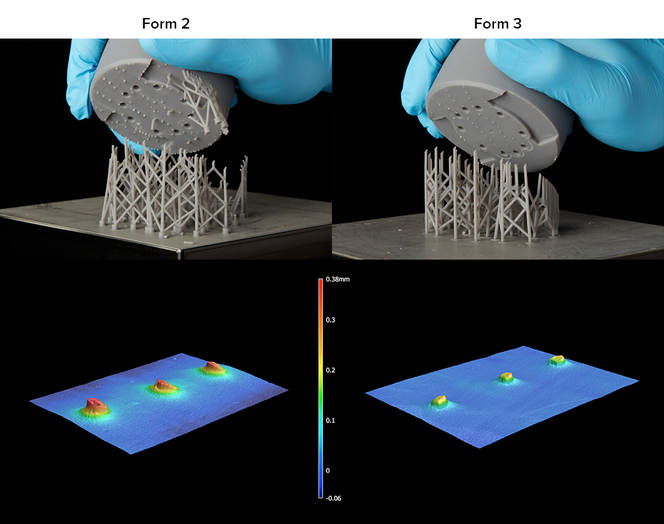 These lower forces reduce the strain on parts, and have a rather fantastic effect – they enable you to snap away support structure easily. You can literally pull away at support structure and it will snap off cleanly. No mess, no fuss, and it’s all thanks to Low Force Stereolithography (and the clever engineers at Formlabs).

Inside the Form 3 and Form 3L, there is also an all-new optics engine. This engine has a new Light Processing Unit (LPU) and mirrors. Formlabs started development on the new optics engine soon after the launch of the Form 2, so it’s been a few years in the making. The LPU contains a system of lenses and mirrors. A galvanometer positions the high-density laser beam in the Y direction, which is then directed through this system to the print bed.

The result is a more accurate, and repeatable, 3D printing experience than ever before.

The Form 3 is a huge upgrade over the Form 2 in a few different ways. In addition to its superior Low Force Stereolithography, it can print four times faster. The Form 3L also has a build volume that’s five times greater than the Form 2’s. The Form 3L goes even further, with two times the laser power of its smaller sibling, the Form 3. 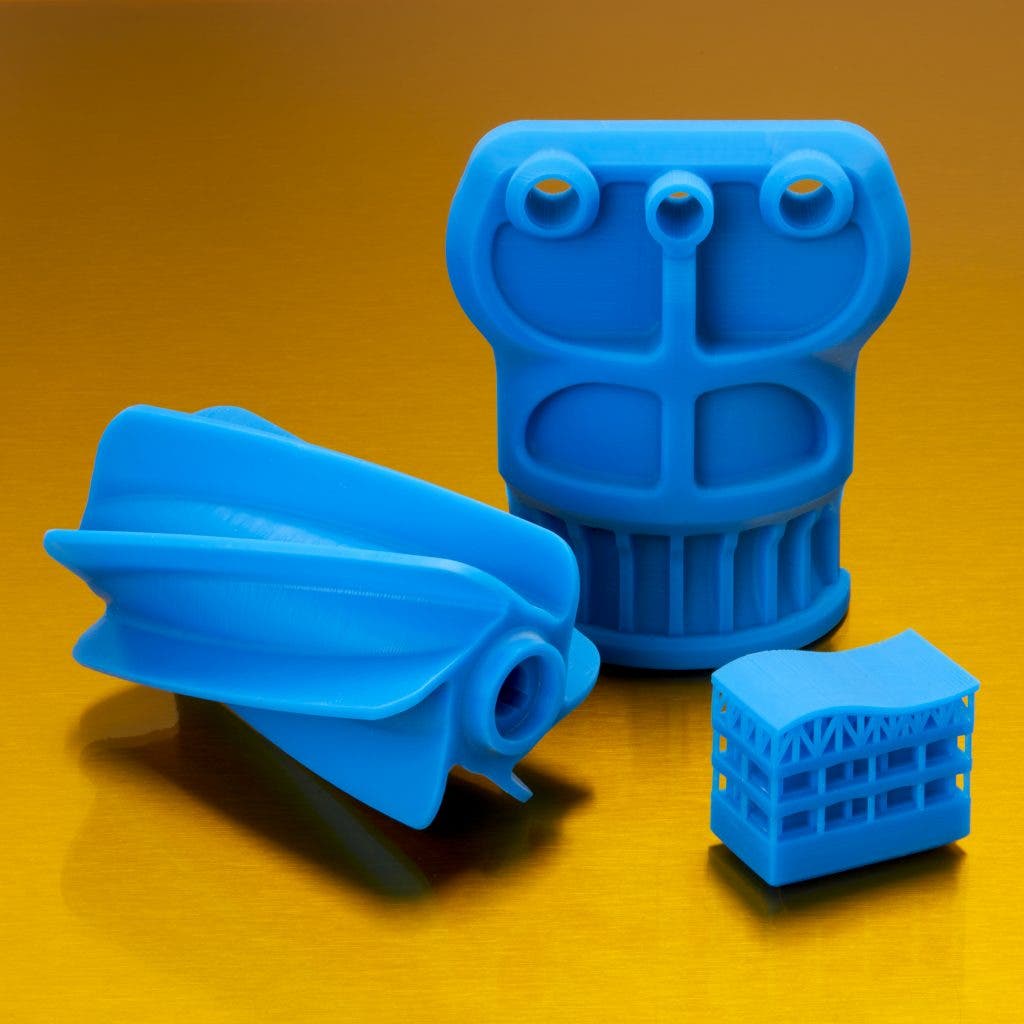 Another area of improvement is print quality. The Form 2 was already one of the best 3D printers on the market for quality. but the Form 3 is even better. It uses a parabolic mirror that keeps the laser perpendicular to the build plane for uniform prints, and the laser passes through a spatial filter to ensure a clean laser spot (so there’s no edge contamination).

There’s also closed-loop calibration which uses optical sensors to continuously correct for scale and power, creating an adaptive 3D printing experience. This enables you to print continuously, without having to stop the Form 3 and correct it.

Something else that’s new for the Form 3 series is the air-heated print chamber. This temperature control system works in addition to the self-heating resin tank found on the Form 2. The end result of all this is the Form 3 creates industrial-quality prints – and it can do this quickly and at scale. 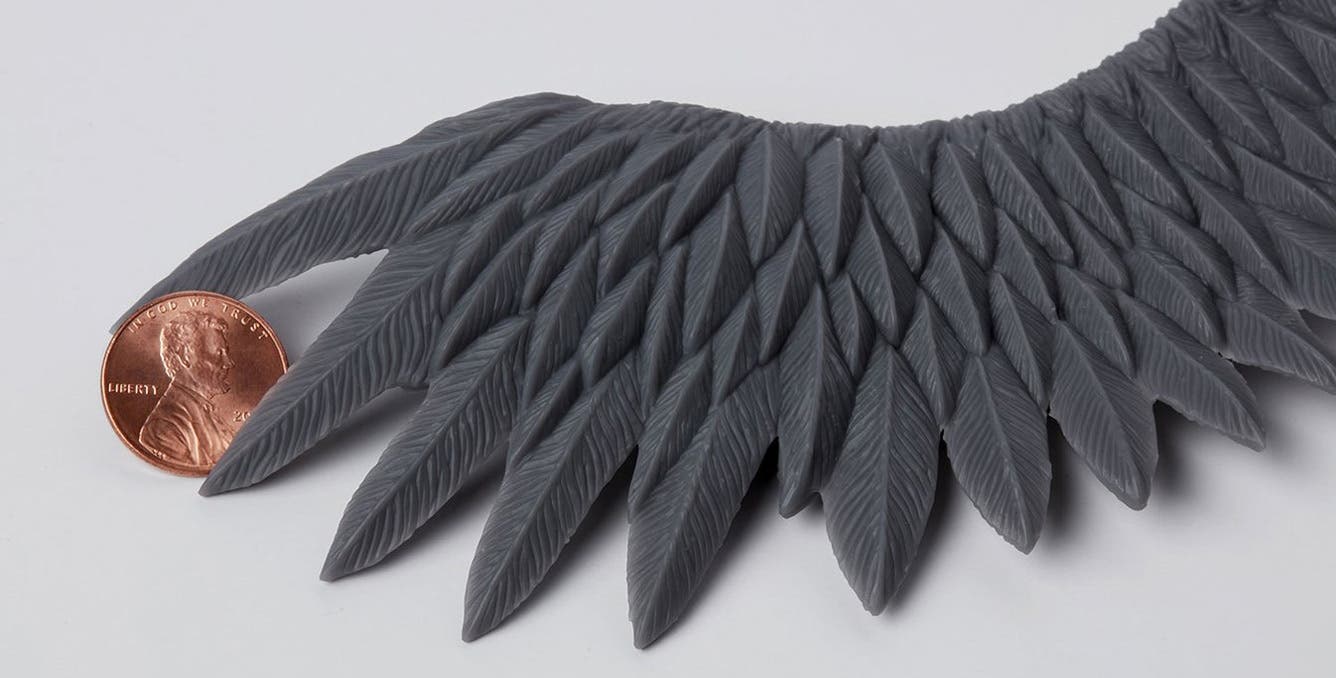 The Form 3L is the most powerful 3D printer Formlabs has ever made, with two 250mW laser units versus the one in the standard model. The reason Formlabs gave the Form 3L more power is because it’s a much bigger machine, so it needs an additional laser pack.

Here’s an image of the Form 3L on a desk: 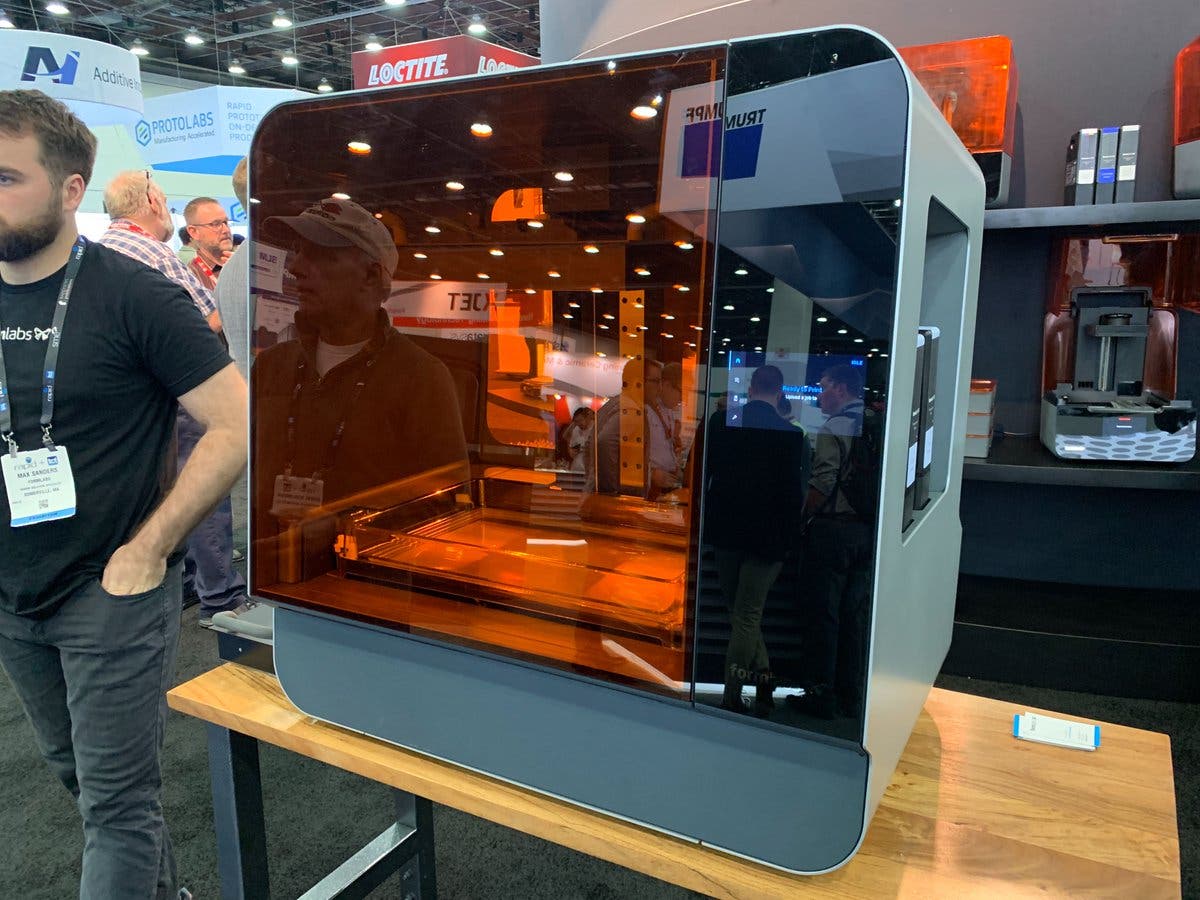 As you can see, it’s absolutely hulking.

Here’s what the Form 3 looks like on a desk: 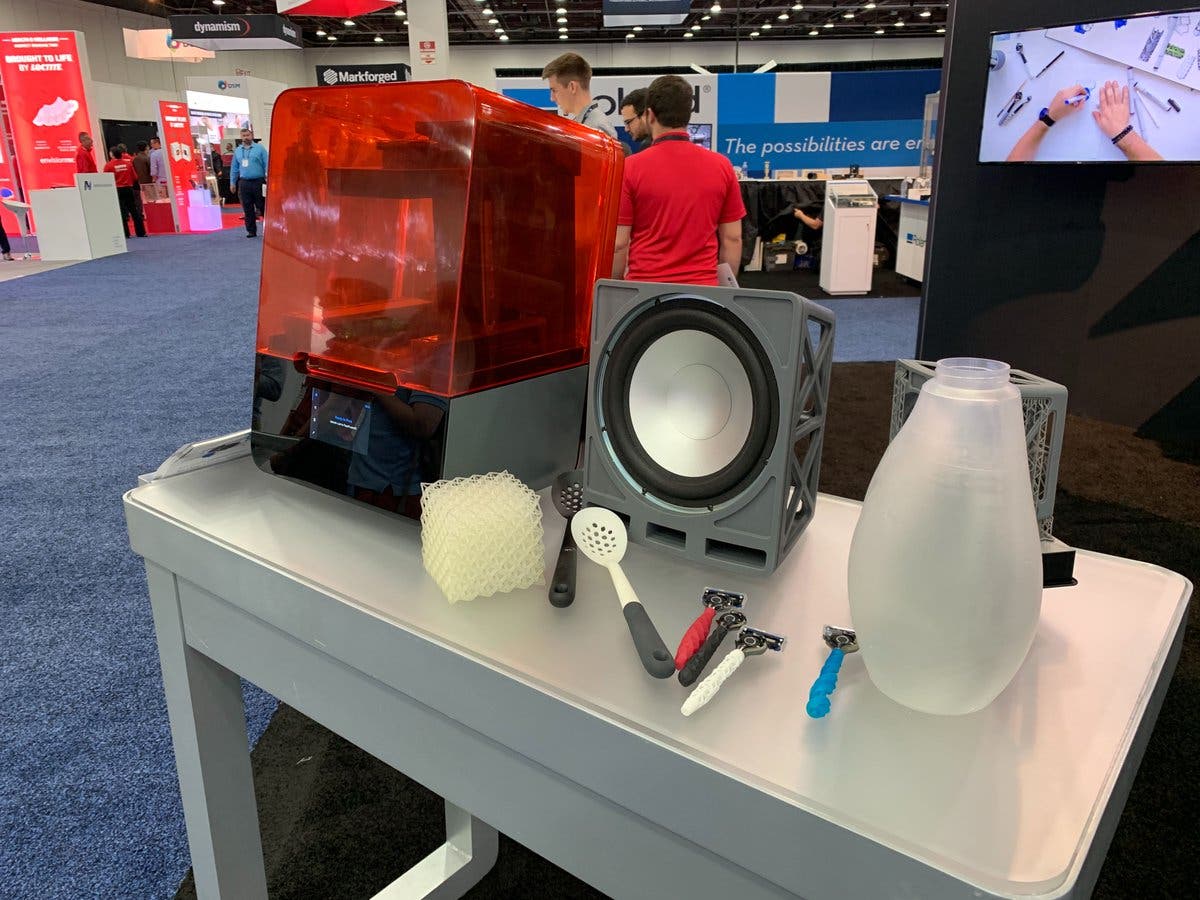 Because the Form 3L is so much larger than the Form 3, whether or not it’s right for you could come down to its size in spite of its capability. The Form 3 could probably fit on your computer desk, while the Form 3L might need a desk of its own.

Printer specs at a glance (Form 3):

You can control the Form 3 and Form 3L at source using the 5.5-inch touchscreen, which is built into the front of both machines. It’s a snappy and responsive panel with a 1280 × 720 resolution, so you can’t see any individual pixels, which is nice. 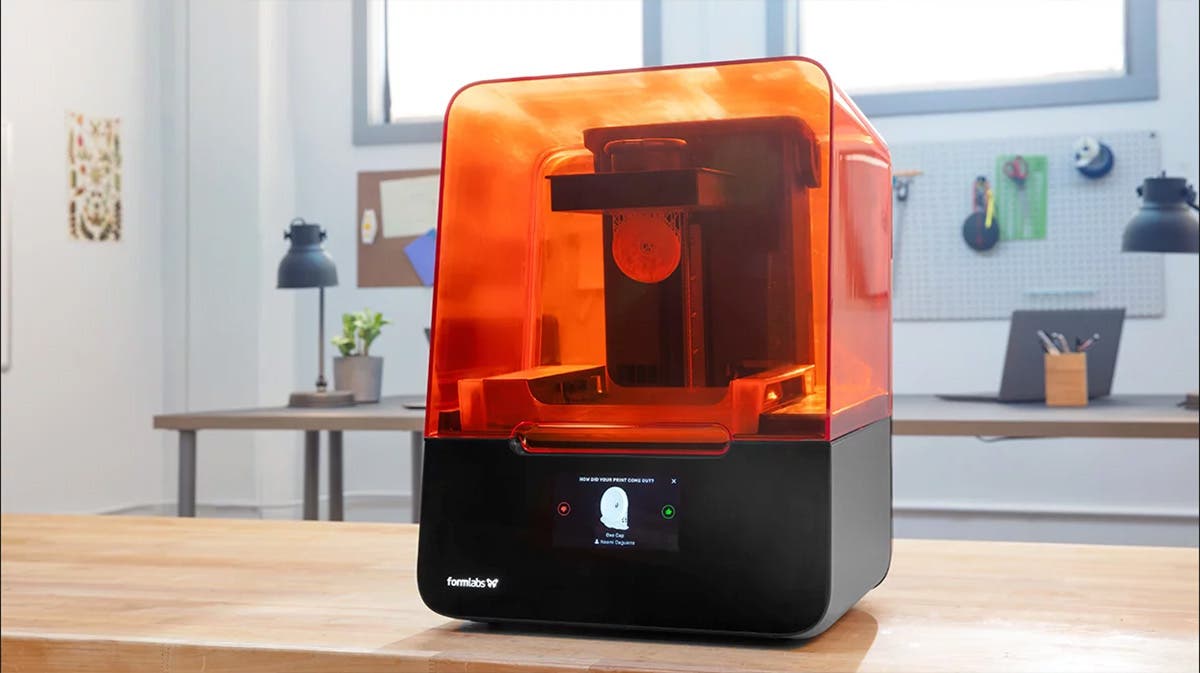 You manage your workflow through Formlabs’ homegrown software, PreForm, which is available for PC and Mac. With PreForm, you can upload your unsliced STL or OBJ file and it will do the slicing for you. It’s a very clever software because it can auto-repair broken meshes and assign the correct print settings according to what it sees.

PreForm can automatically set up your print’s layout, orientation, and supports, without any human intervention. This enables the Form 3 and 3L to be used by anyone. It really is a case of loading a file, pressing print, and letting the printer do the work.

Of course, automated controls aren’t always desirable. Good news then that PreForm has powerful manual controls, allowing you to control a variety of parameters, such as support density and size. You can also selectively vary layer thickness throughout printing, something which may be necessary for highly complex parts such as those with overhangs. 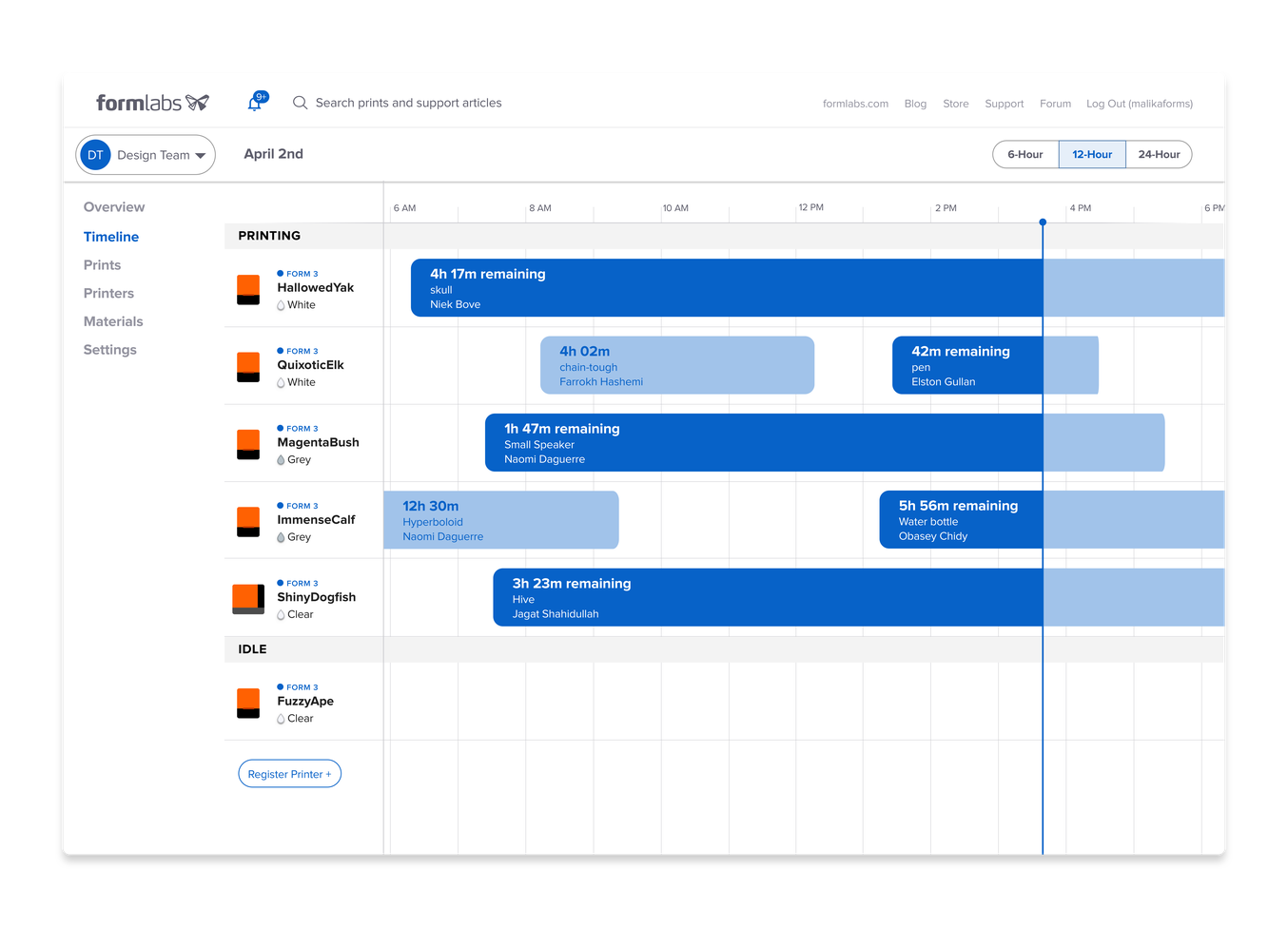 PreForm is an online software too so you can manage printers, materials, and teams in a collaborative space from anywhere in the world with an internet connection.

With regards to setup, it really couldn’t be easier. When you plug in your Form 3 for the first time, it guides you through the process via the touchscreen with a virtual unboxing experience. It goes through all steps, such as inserting a cartridge, with instructions on how to do it.

What’s in the box?

The Form 3 is available in two packages: the Basic Package, and Complete Package.

The Complete Package adds the following:

The Complete Package is a lot more expensive, but it’s worth it. It includes the Form Wash and Form Cure, so you can finish parts yourself in-house.

The Form 3 and Form 3L have not yet been released for sale. It’s estimated they will begin shipping Q1 2020. You can buy your Form 3 directly from us. We are an authorised Formlabs reseller in the United Kingdom, with a partner history dating back to the Form 1.

Here are our product pages – Form 3L, Form 3 Basic, Form 3 Complete. You can pre-order your model now, or leave your email address with us and we’ll notify you when shipping begins.#

All images in this guide are credited to Formlabs.