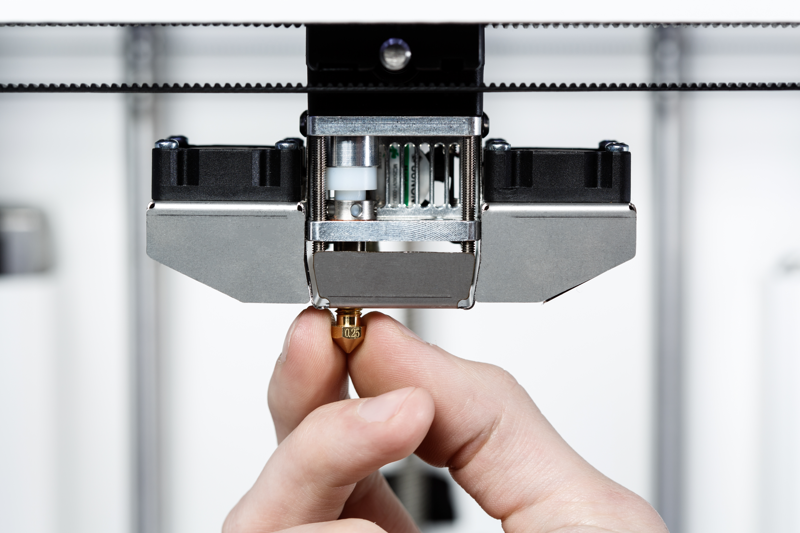 Related: Back to Basics: A 3D Printing Guide

However, 3D printing and resolution has a different relationship than most other technologies.

There are three dimensions to consider with 3D printing: X and Y and Z. X and Y are the two planar dimensions while Z is the dimension which prints 3-dimensionally. So when it comes to determining a 3D printer’s ‘resolution’, you have to take into account all three of these axes rather than simply the Z-axis which is the axis marketed by most 3D printer manufacturers. 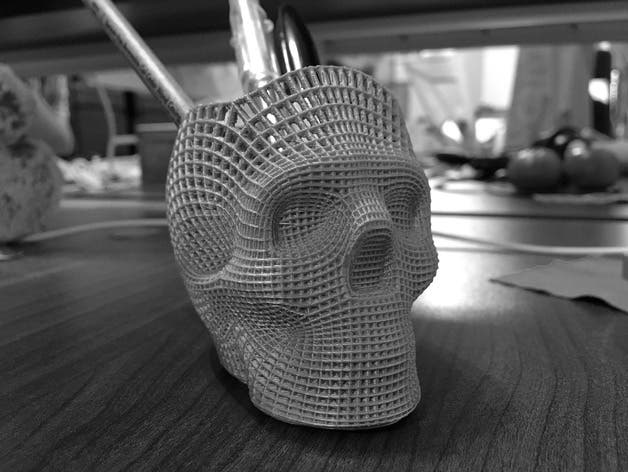 Pictured above: Wireframe Pencil Holder printed with the Ultimaker 2 by Phil Nelson.

The X and Y axes are actually just as important as the Z axis when it comes to your final prints. XY resolution is the minimum feature size (which is determined by the nozzle diameter – the smaller the nozzle the better) while Z resolution is the layer height (the height of each layer of material cured to create your part – the smaller the layer the better).

Practically speaking, what this means is you ideally want a 3D printer with a high Z-axis resolution and a low XY resolution to be able to print finer details and more complex 3D objects and models.

Looking Beyond the Spec Sheet

Something to keep in mind when researching specifications and looking for a 3D printer with ‘killer’ resolution is that just because a 3D printer says it will print at a low resolution, that doesn’t mean that it is practically achievable – or in other words, there is a stark difference between claimed resolution and what works in practice.

Some 3D printers for instance will print below 50-microns on the Z-axis but the consistency of prints at this resolution is nowhere near that when printing at 100-microns. Indeed, some 3D printers will print even lower than 50-microns but at this resolution parts will take a long time to print and the environment has a bigger impact on the final model’s overall quality.

Our advice to anybody looking to buy a 3D printer with good resolution is to look at examples of prints online – and ideally prints that haven’t been created by the company selling the printer. A good place to start your search is on Thingiverse. Visit Thingiverse and simply type into the search box the manufacturer of any 3D printer to see prints created by real people. For instance, a search for ‘Ultimaker’ brings up over 3,000 results for you to examine.

Alternatively you could also request a free sample from GoPrint3D!

If you can’t decide on a 3D printer or you would like to find out more about anything discussed in this article, don’t hesitate to give us a call. You can reach us on 01765 540 115 or you can contact us from here.