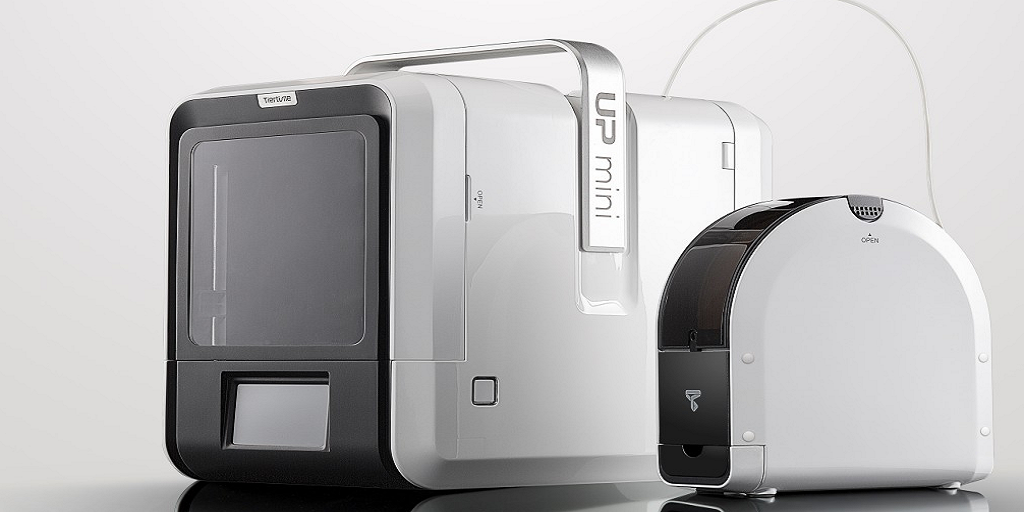 Thought we were done with the excitement of CES 2016? Think again.

Now, it’s the turn of Tiertime, the makers of the UP series of 3D printers. They have launched their latest printer, the UP Mini 2, at CES and it looks like it could be a cracker.

But before we get into the nitty gritty details, first an introduction to Tiertime.

Tiertime’s UP 3D printers are desktop-class 3D printers that offer a good blend of value and quality. The range includes the UP Mini (recently updated to the UP Mini 2) and the UP Plus 2. They offer a consistent and reliable 3D printing experience, ideally suited to first-time buyers at home or as an entry-point for students at schools as well as office environments.

With that out of the way, let’s see what’s what with the UP Mini 2.

Ultra-sleek and ultra-portable, the UP Mini 2 is a looker.

First things first, we need to address the elephant in the room. The UP Mini 2 looks really, really great. It’s swathed in glossy white plastic with a matte black front that’s home to a transparent viewing window, something that the original UP Mini didn’t have (the interior is also lit up with LEDs). All of which is to say, it looks really cool when it’s printing! 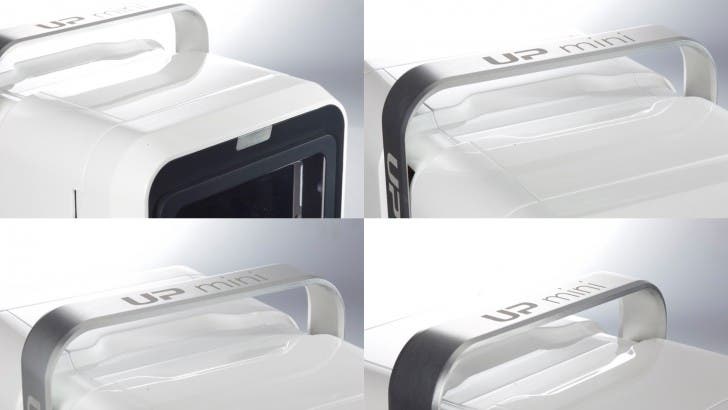 A neat design touch from Tiertime – and one that many people reporting on the UP Mini 2 missed – is the built in aluminium carry handle; with the printer weighing in at a paltry 8kg (the same as a small dog), the handle’s not just for show; it’s there to be used to transport the UP Mini 2 from desk to desk. But let’s be honest – that aluminium adds a real touch of class.

So, how about ruggedness? Well the early reports of general quality are in, and it certainly appears as though all of the materials used in its construction are of a high quality. That’s something Tiertime really wants to get across – you’re getting good value for money, in every department, with the UP Mini 2.

The UP Mini 2’s upgrades are more than skin deep.

Don’t be fooled into thinking that the UP Mini 2 is just an UP Mini with a new snazzy shell, though; while the new version is certainly based on its predecessor, with the same 120 x 120 x 120 mm build volume and the same footprint (or thereabouts), there are a number of upgrades that make it a much better all-rounder. 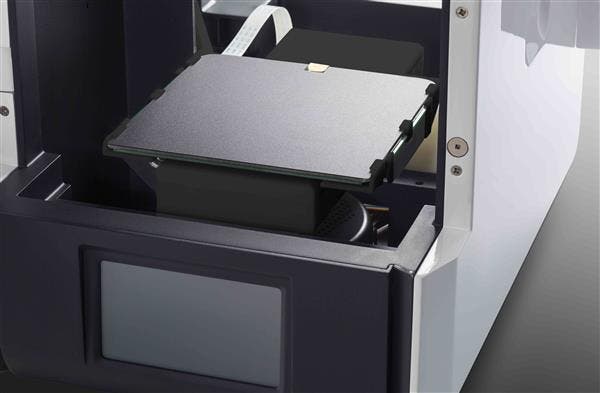 The first of those upgrades is a new print head and mechanical components that allow the UP Mini 2 to print at a layer thickness of 0.15mm, versus the original’s 0.20mm. The second of those upgrades is auto-calibration. This feature, which the original didn’t have, can be used as an aid for platform levelling; it reduces the need to get hands-on with the printer. Creating an eco-friendly printer was also a top priority, so the UP Mini 2 has a built-in air filtration system to reduce emissions.

The third upgrade is one we wish all 3D printers had – the UP Mini 2 is the first 3D printer in the UP range to have a touch-screen control panel to improve usability. This is a fantastic feature that will make the learning curve for newbies that little bit easier. And last but not least, the UP Mini 2 has Wi-Fi so you can ditch all those annoying USB cables! Nice.

We’ll update this article with more information as it becomes available.

In the meantime, feast your eyes on the printer’s specs below:

To find out more about the UP Mini 2, or to pre-order or enquire about availability within our store, please call our team today on 01765 540 115 or click here to contact us.