As you and I know, 3D printing can be used to create practically anything. Over the last few weeks, for instance, we have discussed how 3D printing is being used to transform the lives of child amputees and children born with amelia, and how it has been used to diagnose medical defects before birth.

So let’s widen our scope a little, and take a look at how 3D printing is being used in the fashion industry right now. One application that caught our attention this week was a pair of 3D printed high heels, and here they are in all their glory: 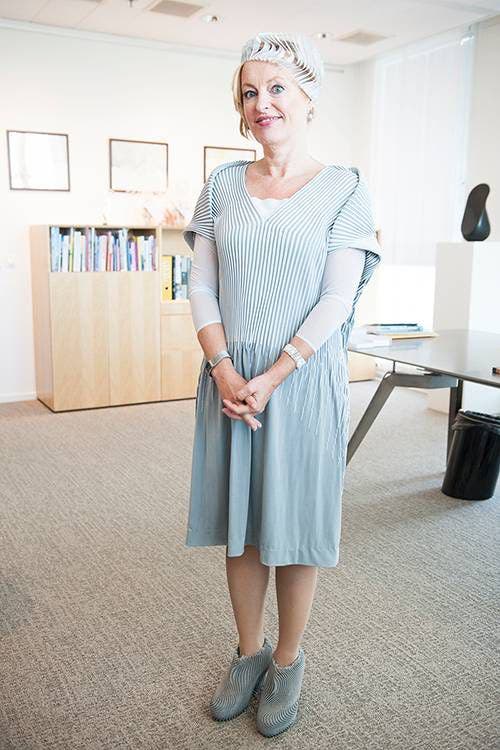 The heels were designed by Dutch designer Troy Nachtigall, in collaboration with industrial designer Leonie Tenthof van Noorden and fashion designer Pauline van Dongen, who were all commissioned by the Dutch minister of education (pictured, above) to create an outfit for her to wear to the Netherlands’ Budget Day. The only criteria? The outfit had to be super-comfortable, because the minister was going to be on her feet all day. The trio also wanted to demonstrate what the future of footwear looks like. So naturally, they chose 3D printing to create the shoe.

The process began with a 3D body scan of the minister from three perspectives. The scans tracked how the minister walked, and they produced plenty of data that enabled Nachtigall and his team to analyse the minister’s feet very closely. This helped the team to design a shoe that was as comfortable as possible. In an interview with Deezen Magazine, Nachtigall explained:

They’re comfortable, and comfortability was our main goal.” 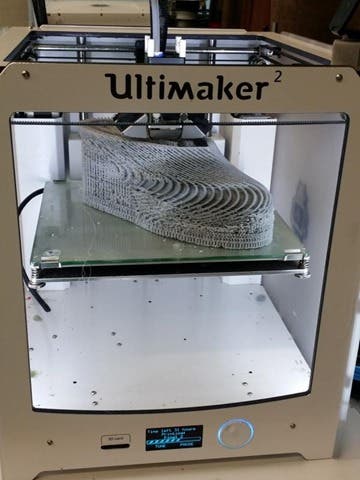 But designing the shoe was not without its challenges. The trio discovered during their scans that in order to create a shoe that’s both functional and comfortable and to achieve what they call a “behavioural fit”, they’d need a filament that’s super-soft and super-flexible. So they enlisted the help of Dutch technology company SLEM to manufacture the shoes, and they recommended the use of FilaFlex – a thermoplastic elastomer filament – manufactured by Recreus, and the superb Ultimaker 2 3D printer to create their vision.

“Every time we make a pair of shoes for a person, we ask a lot of questions about who they are, what they do, and what they are going to do with these shoes,” said Nachtigall, “We’re calling it behavioural fit, because it’s about how the shoes fit, and how they behave.”

The end result for all of this attention to detail, as you can see or yourself, is spectacular. Now we’re no fashionistas, but we’d say these heels are quirky enough to warrant a looksee on the high street. The team completed the outfit with a textured top and hat and a plain skirt; here’s the minister in action: 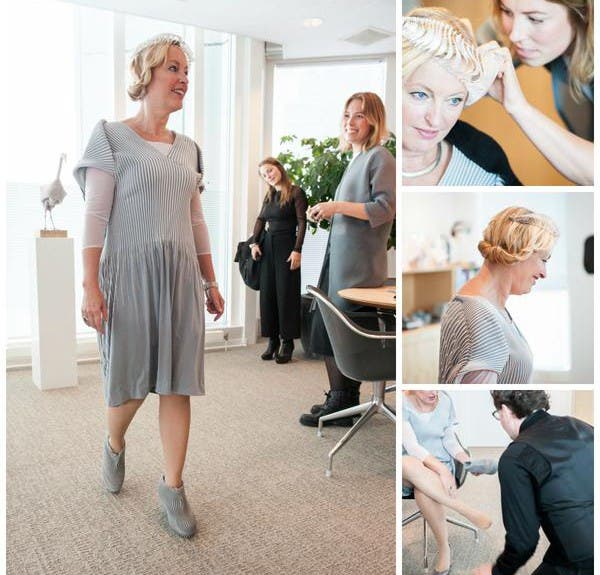 In other 3D printing news, and sticking to our high heel theme, a design student called Jacqui Painter designed and printed her own pair of high-heeled women’s shoes for her final thesis recently. She used the mathematical Voronoi grid structure as the design motif for the shoes and as you can see below, the heels look as good as a pair of Christian Louboutin’s: 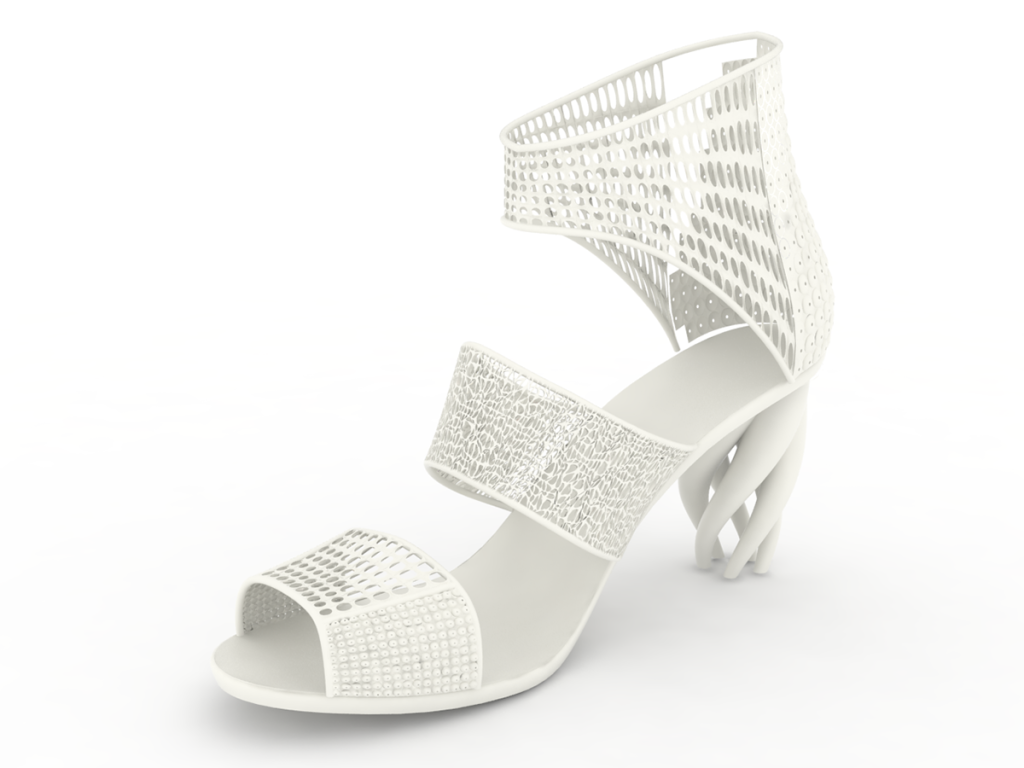 Now if that isn’t creative vision, we don’t know what is. Way to go Jacqui!