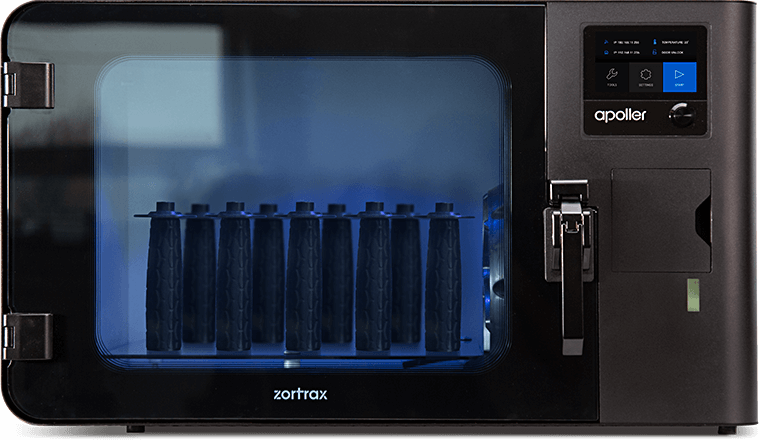 You know what the most frustrating thing about printing with an FDM or FFF 3D printer is? Layer lines. Well, really obvious ones that is. They stick out like a sore thumb and give the manufacturing method away at a mere glance. Layer lines are also very difficult to smooth out flawlessly without burning through several grits of sandpaper sheet and at least a pint of energy drink. Concealing them with primer and paint is also a challenge. The struggle is real.

Thankfully, Zortrax – the makers of the incredible M200, M200 Plus and M300 3D printers – have us covered. They have released a new post-processing device called the ‘Apoller’ and it promises to smooth out layer lines and remove them from the surface of prints entirely. The end result is a model that looks it was injection moulded. Here’s a photo of a model that has gone through the Apoller’s process to show what we mean: 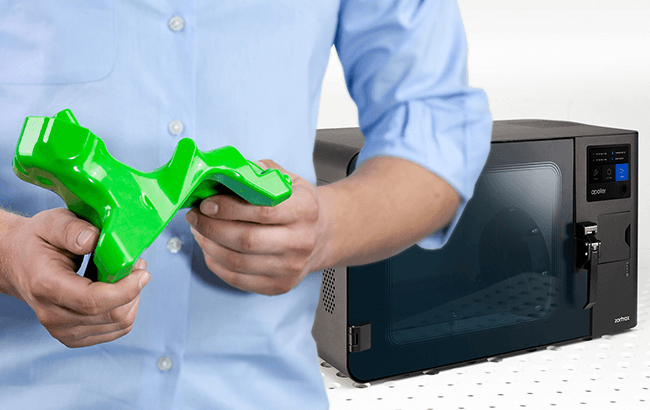 Shiny shiny, with not a layer line in sight!

What sorcery is this?

You’re right, it is sorcery. But of the solvent kind. The Zortrax Apoller is a desktop SVS system working with acetone or MEK (Methyl Ethyl Ketone) to smooth FDM 3D printed models. It vaporises these liquids in an enclosed environment that safely and thoroughly smooths off the surface of models. With a dual condensation process, a 300ml bottle of solvent can be used for smoothing multiple prints instead of just one so one Apoller is plenty for a small workshop.

The Apoller is designed to work flawlessly, every time, and supports all Zortrax’ core materials including Z-ABS, Z-ULTRAT, Z-ULTRAT Plus, Z-ASA Pro, and Z-HIPS. It also supports third-party ABS, PLA and HPA. 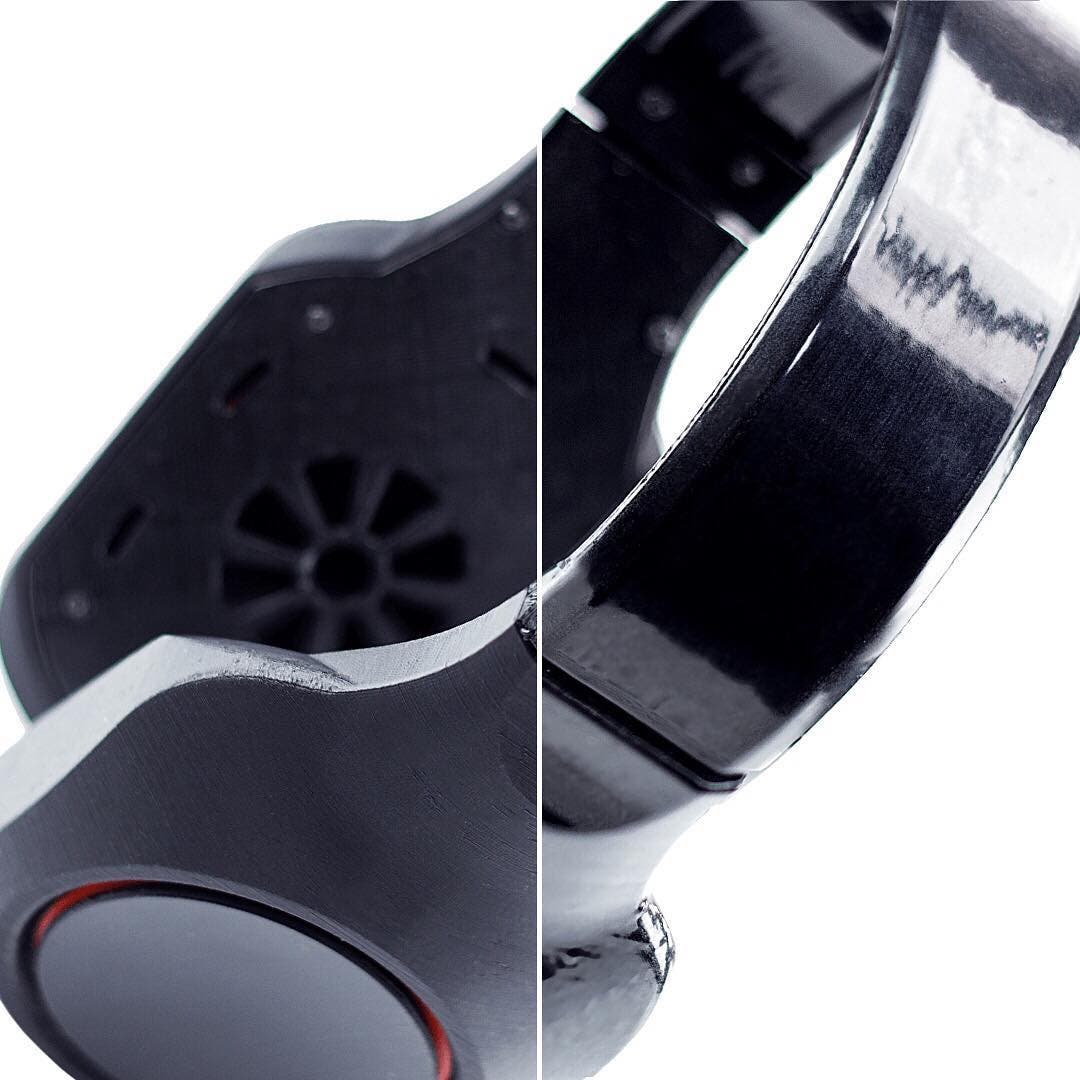 The SVS (Smart Vapor Smoothing) technology is highly efficient in this application thanks to an advanced circulation and condensation system that uniformly covers the surface with solvent. The vapour travels around the chamber in an upwardly direction, ensuring even coverage. The last step in the process sees the chamber cooled, enabling excess vapour to turn back into a liquid for reuse later. Excess liquid flows back to the tank, which is handy.

“This efficiency means that the combined weekly output of four typical FDM 3D printers can be automatically smoothed within one day without loss of quality,” says Zortrax.

The only limitation you need to beware of with the Apoller is it can’t smooth parts printed in polycarbonate because it only uses acetone or MEK (Methyl Ethyl Ketone). So, you’ll want to stick to the materials mentioned above.

That’s it, really. Here’s the Apoller’s main features – at a glance:

This information was first published by Zortrax.