If there’s one thing I hate, it’s animal cruelty. There’s just no need. It’s disgusting. Yet here I am today covering it – but for a very good reason. Last year, a Costa Rican Toucan suffered a horrendous attack at the hands of youths, in a story that led to a social media campaign to have the gang responsible arrested. The Toucan had the upper portion of its beak broken off in the attack, and was left for dead by those responsible. Here’s a picture of the injury in question: 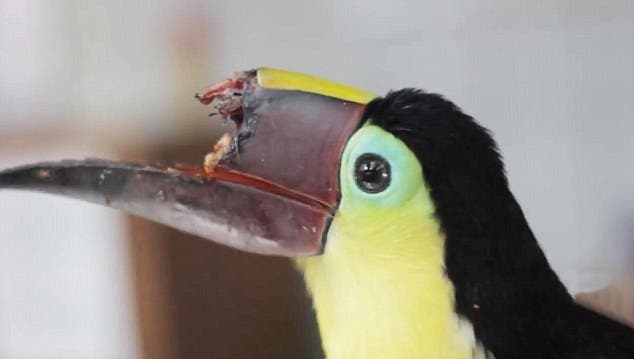 As well as looking shocking, that injury could have killed the toucan. Toucan’s use their beak to defend themselves, and to pick fruit. Their beaks are also a mating tool, with female toucans choosing their mates based on the colour of the beak. With the upper part of his beak broken off, this toucan, which was named “Panchito” by the farm workers who discovered him, didn’t have the best survival chances. But thankfully, for every evil person out there, there are many more good ones. Panchito, whose real name is Grecia, was taken in immediately by veterinarian Carmen Soto, who worked tirelessly to make the injury lesser, and more comfortable. However, without an upper beak, Grecia’s quality of life could not be saved. 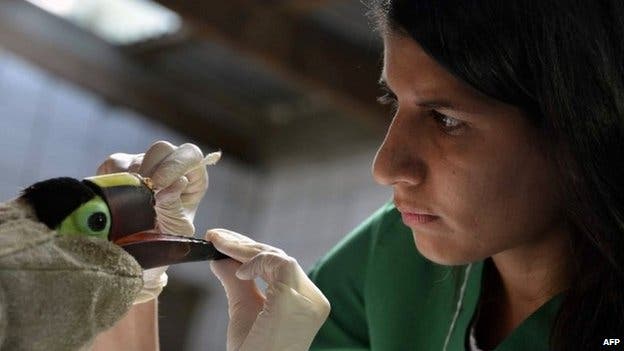 Thanks to the local community in which Grecia was found, enough money was raised to provide a 3D printed beak for Grecia, and in turn, a way for him to get back to normal. To do this, 3D Systems, who manufacture the Cube range of 3D printers and the 3D Sense scanner, collaborated with the ZOOAVE Animal Rescue Center, and a crack team of local product designers, dentists, and nanotechnology experts to help create a strong, bio-compatible beak that would properly fit Grecia’s anatomy.

The process started by taking 3D scans of Grecia’s beak. Those scans were then transformed into CAD models using Geomagic Wrap software. Those CAD models were then imported into Geomagic Freeform, a special software which enables you to sculpt and surface CAD designs. Finally, those models were inspected and 3D printed using a Selective Laser Sintering printer. The prosthetic was printed using a plastic with outstanding surface smoothness and mechanical properties, and the models were tested for durability before, at long last, Grecia was fitted with one. 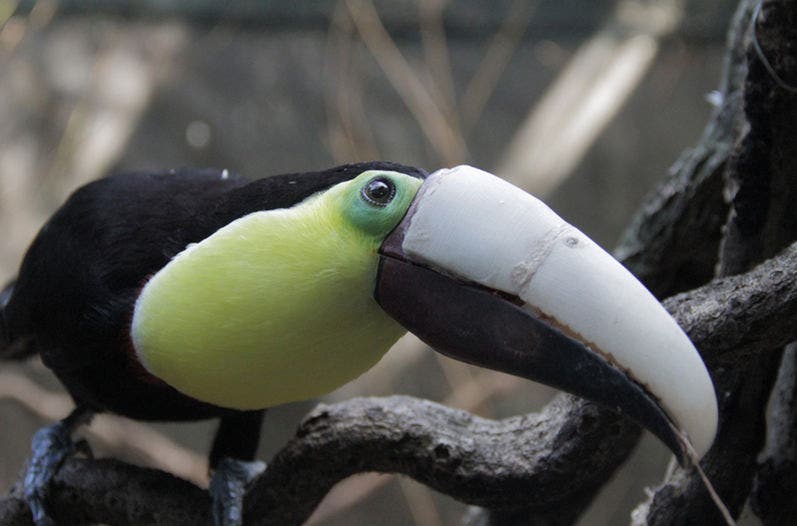 Since being fitted with his prosthetic beak, Grecia has become one of Costa Rica’s most popular tourist attractions, being on show at ZooAve, an animal refuge. “We have seen a positive change in singing. When he ran out of the peak, he lost a little singing. Now that you have the prosthesis, singing again be more natural, “said Hugo Alonso, communicator Zoo Ave, in the press conference that announced the placement of the device.

You can also follow Grecia’s story by watching Toucan Nation, a Discovery Networks documentary, which chronicles each step of Grecia’s journey as the Zooave animal refuge centre works to improve his life.