It’s not every day that you can say you have become involved in a revolution, but we can! 3D printing is forever being cited as the latest industrial revolution – in fact we’ve only really scratched the surface of the applications of the technology.

For our children however, it’s a different story. Their imagination knows no bounds. They may never have known a design environment where 3D printing wasn’t a possibility. They are not curtailed by convention. This, according to the Teach Design group, is why 3D printing is screaming out to become part of the National Curriculum. 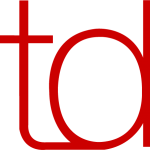 Teach Design is formed from a group of Design and Technology teachers, who are driving the National 3D Printing Campaign. This campaign has one goal: the introduction of 3D printers as standard into schools, and incorporating their use into the teaching of STEM subjects (Science, Technology, Engineering and Maths).

We are over the moon that we have been announced as Teach Design’s partners in this project. Together with printer manufacturers BEEVERYCREATIVE, we are providing the first batch of 3D printers into a select group of schools. These will be used in the day to day teaching of technology, with the involved teachers reporting their activities on a blog on the campaign’s website. We will be on hand throughout to support and advise the teachers. The eventual outcome will be a report which will be submitted to government for consideration when discussing their educational policies and priorities. Crowdfunding will then be implemented to help raise the valuable funds to give all the next generation access to 3D printing.

The first bit of funding for this project has come from the London Lord Mayor’s office, who will hopefully be involved in its official launch in September – watch this space for more developments!