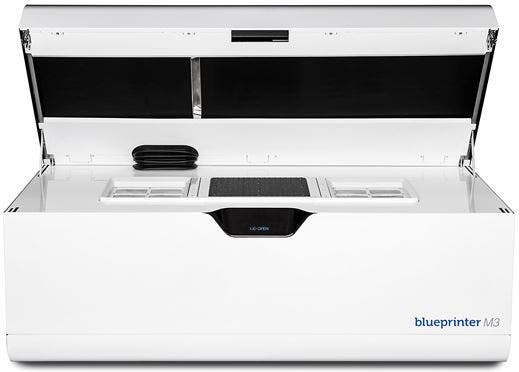 There are several different 3D printing processes found within 3D printers. The most well-known process is Fused Filament Fabrication (FFF), with Stereolithography (SLA) not far behind.

Selective Heat Sintering (SHS) is a less well-known 3D printing process than Fused Filament Fabrication or Stereolithography, in large part because it has been adopted by a single 3D printer manufacturer – Blueprinter. 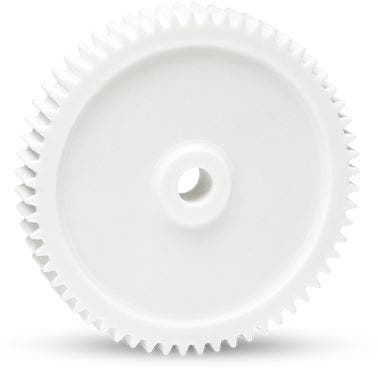 Unlike Fused Filament Fabrication, Selective Heat Sintering is a specialised 3D printing process with powder-based 3D printing technology suited to applications where complex geometries are demanded. The actual process itself is far less complicated than you might think, however, so here’s everything you need to know about Selective Heat Sintering:

What is Selective Heat Sintering?

How does Selective Heat Sintering work?

The Blueprinter M3 spreads a thin layer of thermoplastic powder (the latest version of this thermoplastic powder is called M-Flex) across its build chamber, or print bed, where the powder is held at a slightly elevated temperature. The printer’s thermal print head then moves back and forth across the powder bed and melts cross-sections of the powder into a layer of solid plastic. Once a layer is complete, the 3D printer repeats this process to build a 3D object layer-by-layer. The finished model is then pulled from the build chamber by hand, and any unused thermoplastic powder can be reused. You can also print multiple parts at once with the Blueprinter M3.

Is there a benefit to Selective Heat Sintering over FFF?

The biggest benefit for engineers and designers is that Selective Heat Sintering builds a 3D object without the need for any support structure whatsoever. And as a result, this technology gives you freedom to build almost any shape you like; or to put it another way, you can 3D print parts and models that you simply wouldn’t be able to with a Fused Filament Fabrication or Stereolithography 3D printer. In addition to this, the thermoplastic powder used by the Blueprinter M3 (M-Flex, which is an unpigmented white powder) when printed is very similar to nylon. Parts are strong and durable with an ultimate tensile strength of 7,5 Mpa. This makes SHS an ideal 3D printing process for creating functional prototypes.

How complex can models get? And are prints consistent?

Models can get very complex. The Blueprinter M3, as discussed, works by applying heat on layers of thermoplastic powder (polyamide). This allows for the free forming of any complex shape, so long as it has a minimum wall thickness of 1mm. Shapes can be far more complex than any FFF or SLA 3D printer can produce. In terms of part-to-part consistency, you can print multiple parts at a time with the Blueprinter M3 and having tested this printer and seen it used within demanding design environments, we can honestly say that consistency is excellent from part to part. Parts are printed cost-effectively too, with the M3 offering one of the lowest total cost of ownership rates on the market.