What is Rapid Prototyping?

Rapid prototyping (RP) is referred to as a group of specialised technologies that are used to make quick minimum viable product models, assemblies using three-dimensional CAD data, or physical parts. The technology that is implemented to create these prototypes is referred to as additive manufacturing or, interchangeably, 3D printing. The process of prototyping enables companies to swiftly transform their ideas into hyper-realistic models that function exactly as a final product would. This is an integral part of a development process as it aids companies in testing out various ideas as well as reviewing and improving designs as they go, refining and validating ideas efficiently. When implementing the rapid prototyping process, products can be sent down the sales funnel much faster and be presented to stakeholders and investors without hesitation.

The future of RP is certain growth and implementation into all niches and businesses, this process already shows high growth rates over 25% since only 5 years ago, and growing exponentially. This article will expand on the versatility of rapid prototyping, its types, applications, and advantages of application methods in 3D printing. 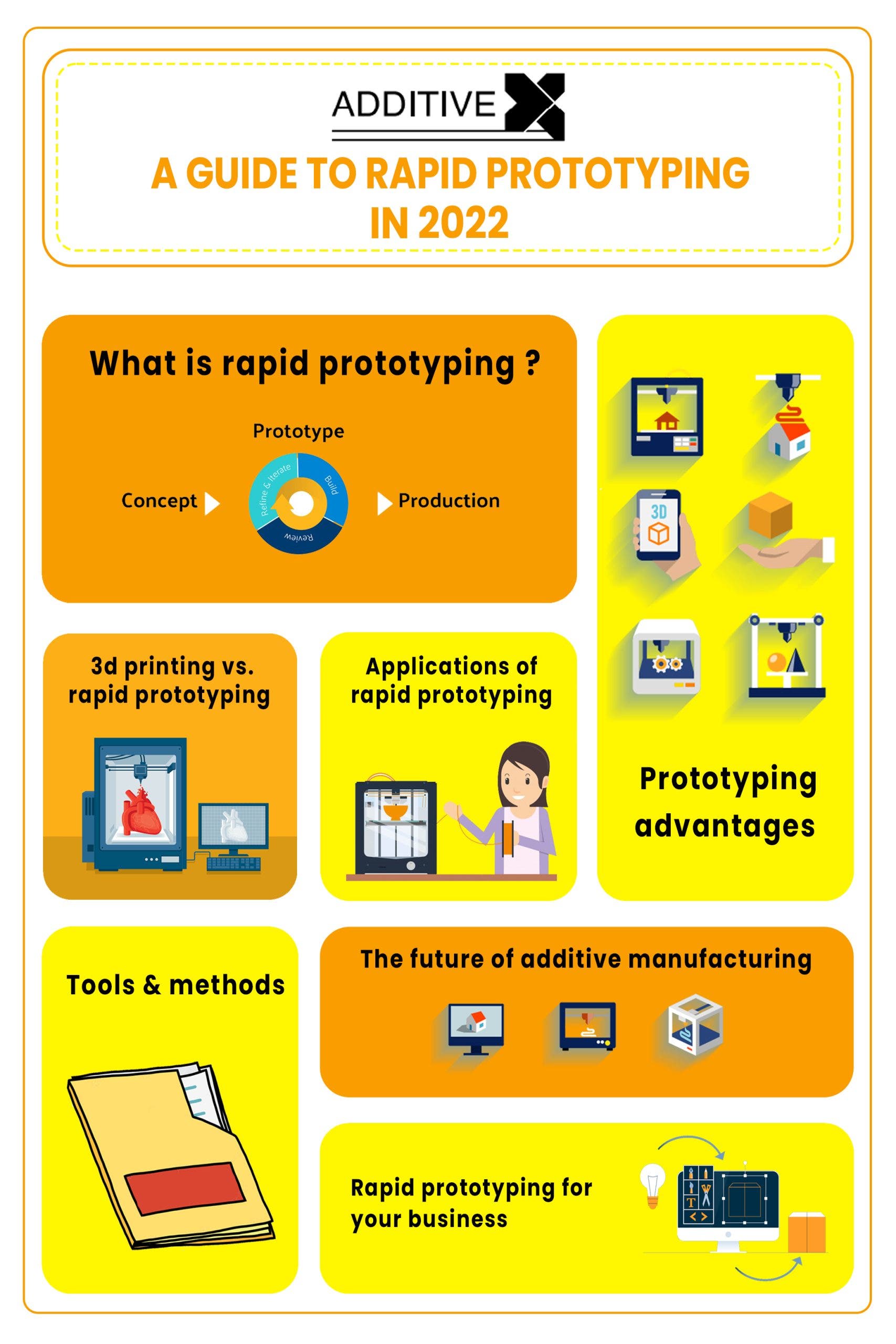 Rapid prototyping and 3D printing often get confused for being the same processes, this is untrue, while 3D printing is a mere method of additive manufacturing, RP is the application of this technology. Rapid prototyping can be implemented with any high-quality 3D printer, the Ultimaker S5 pro being a favored option. 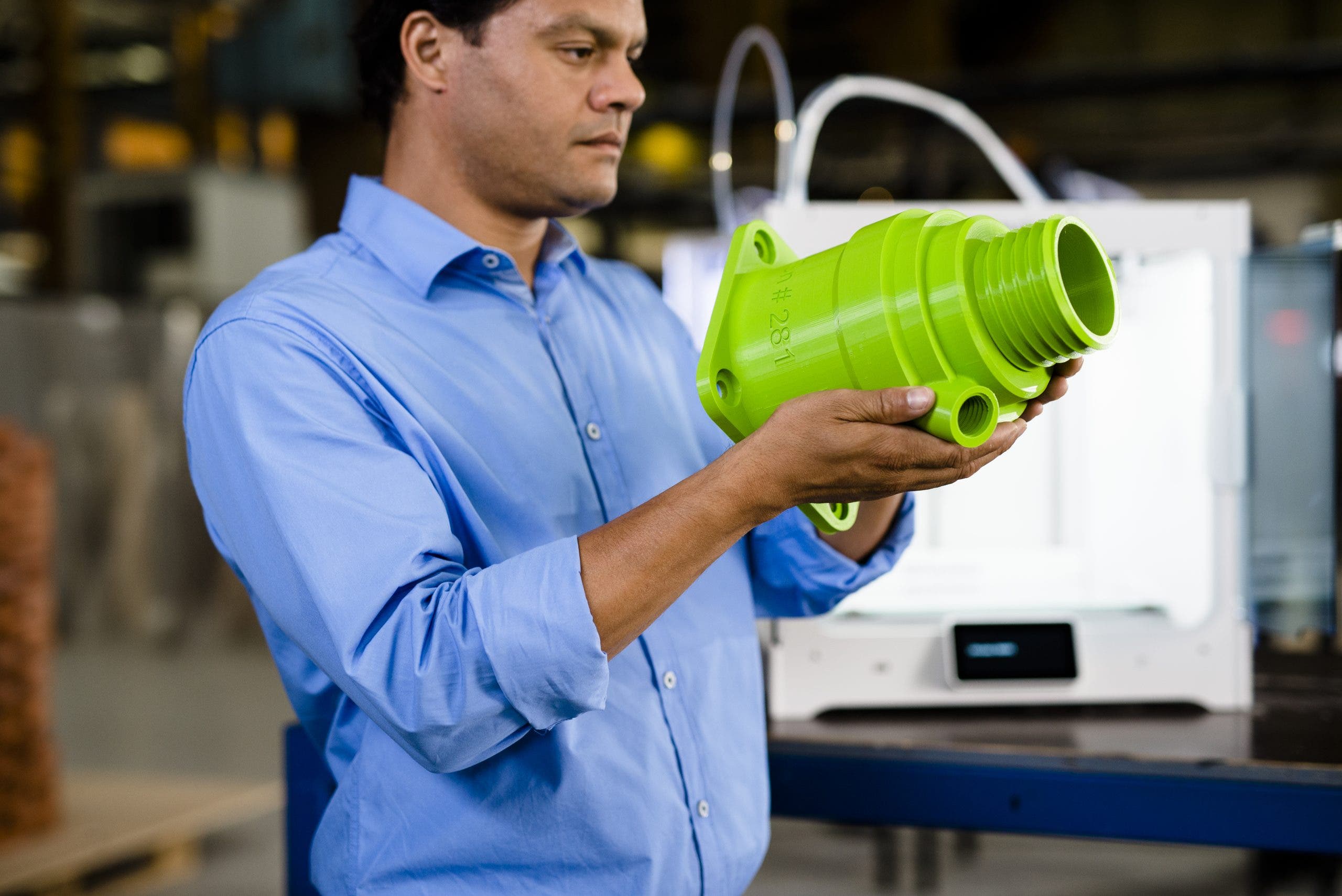 3D printing is a method of additive manufacturing, it converts computer files into a physical product by successively adding layers of material. This is the same method that is commonly used in design & technology lessons in schools, a 3D printer can print (almost) anything that comes to mind. There are numerous uses for 3D printing including injection molding, blow molding, and end-use parts (tangible goods sold as products).

RP is a technique used to quickly create a model of a part or assembly using computer-aided design data (CAD). This construction is usually done using additive manufacturing technologies. The traditional prototyping process starts with the creation of geometric data, either as a 3D workstation or 2D slices using a scanning device. For rapid prototyping, this data has to represent a valid geometric model, especially one whose boundary surfaces enclose a finite volume, contain no roles, and do not fold back on themselves. In layman’s terms, the object must have an ‘inside’.

How to apply rapid prototyping

During the early stages of technical development, before launching a campaign for funding or publicity, you will probably be able to develop a piece of technology that works to accomplish your vision. This is a works-like prototype. It does the job, but it may not look exactly (or at all) as the final product. It may be nothing more than a development board, a power source, or a wiring mess.

The engineering prototype is often referred to as a ‘breadboard’ and is used in the early development stage to prove or alter concepts and compare performance. Engineering prototypes are a minimum viable version of the final product that is designed for manufacturing. These are high-fidelity prototypes that look like and function as the final product would. These prototypes should then undergo thorough testing to see how the product will cope with use. It is to be expected that engineers will face some anomalies and have to implement changes.

The Rapid prototyping methodology has numerous advantages, the most important one being helping eliminate misunderstandings and miscommunications during the development process. It can help improve the quality of requirements and specifications provided to customers. Have a look through the main advantages of rapid prototyping explained in detail below. 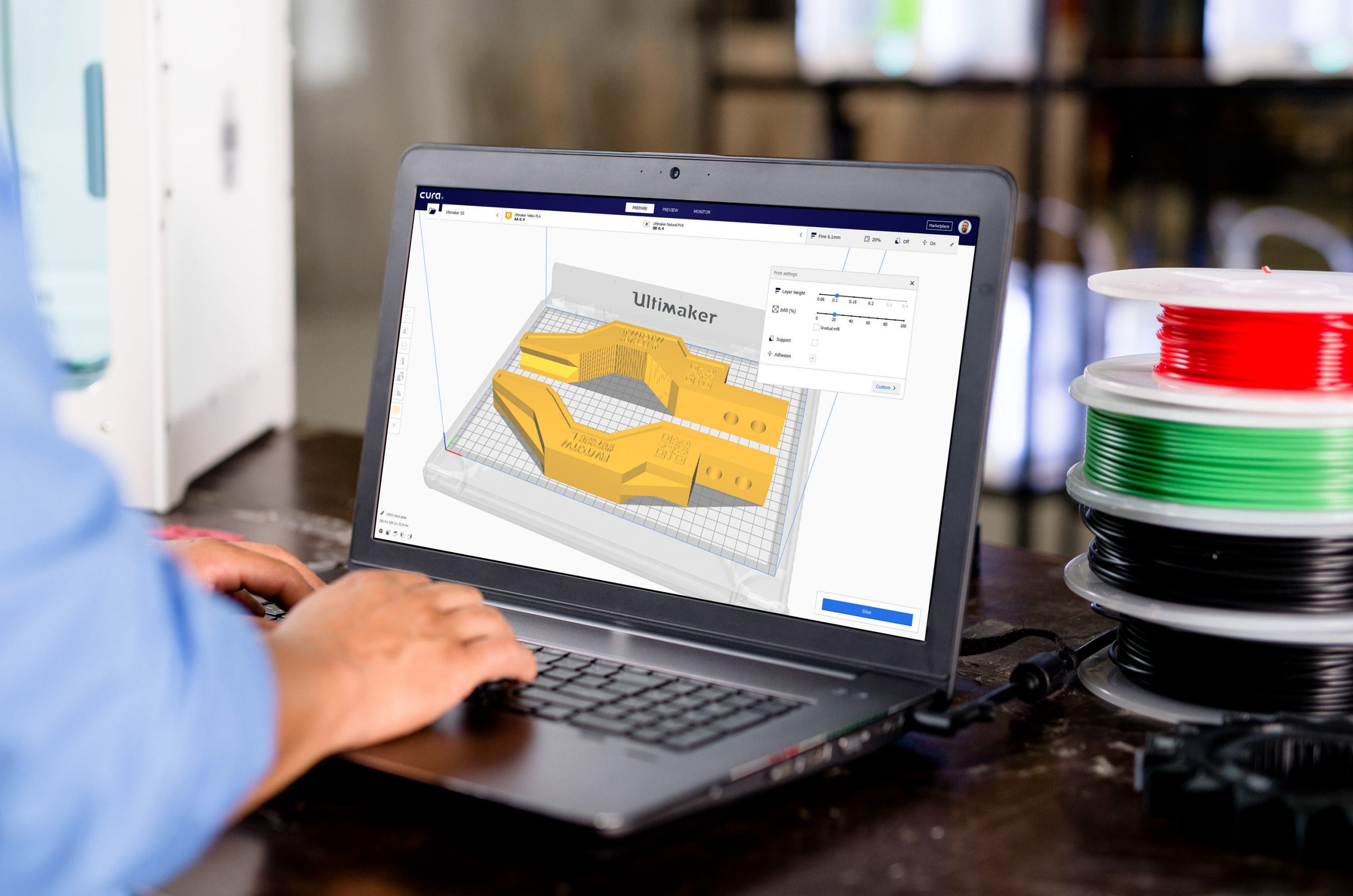 Rapid prototyping enables companies, designers, or engineers to rapidly implement realistic proofs of concepts directly from CAD allowing for low-risk testing of concepts.  Presenting a physical product rather than a concept to stakeholders, investors, or customers can make it much easier to get feedback and validation.

Product development usually involves many different prototypes and tests before the final product is decided on. RP allows you to quickly test prototypes that not only look like the final product but also function as the final product would. This enables you to uncover any potential design flaws or mistakes in the early part of the development process and make changes or improvements before deciding on the final product. The cost of fixing design flaws and changing the design will be significantly less the earlier it is detected in the design and manufacturing process so this can help to avoid costly mistakes. Additive-X has previously written about 3D printing and rapid prototyping with BOSEbuild and Ultimaker, covering the many advantages of printing products within just a few hours.

The design process should involve getting your ideas, testing them out, and making improvements as quickly as possible before deciding on the final product. With rapid prototyping, designers and engineers can implement changes quickly which enables you to refine and validate ideas quickly. A typical process would be to create the design, create a prototype directly from CAD, thoroughly conduct in-house and field testing and receive feedback, create frequent improvements or tweaks, and repeat.

Fused deposition modeling (FDM) is a method of 3D printing that involves building products by melting and extruding thermoplastic filament and adding this material layer by layer. FDM is commonly used at a consumer level and is often used for basic or simple prototypes. It does, however, have the lowest resolution and accuracy so is not the best choice for complex, intricate designs. FDM works with standard thermoplastics.

Stereolithography (SLA) is a 3D printing technology that converts liquid resin into hard plastic using a laser. SLA has a high resolution and accuracy as well as a smooth surface so this is commonly used to create high-fidelity looks-like prototypes and functional works-like prototypes. SLA works with a variety of resins.

The Future of Additive Manufacturing

Additive manufacturing (AM) systems are becoming more popular in the industry. There have been several scientific advances in additive manufacturing which has led to an increased uptake in AM. A key trend in AM is combining traditional manufacturing methods with additive methods. Additive methods can be cost-effective and adaptable to be used in different applications. Another key trend is that there will likely be new materials that will open up opportunities for a wider range of applications. Finally, another trend for AM is the production of final products. AM is commonly used for prototyping, however, we are likely to see an increase in the use of AM for final products.

Rapid Prototyping for your Business

RP is increasingly used in a variety of industries and companies, with 3D printers making the technology much more accessible to businesses. It can provide several benefits for companies including speeding up the product development process and being a cost and time-efficient way to develop new products by shortening the sales funnel and avoiding any unforeseen errors along the way.