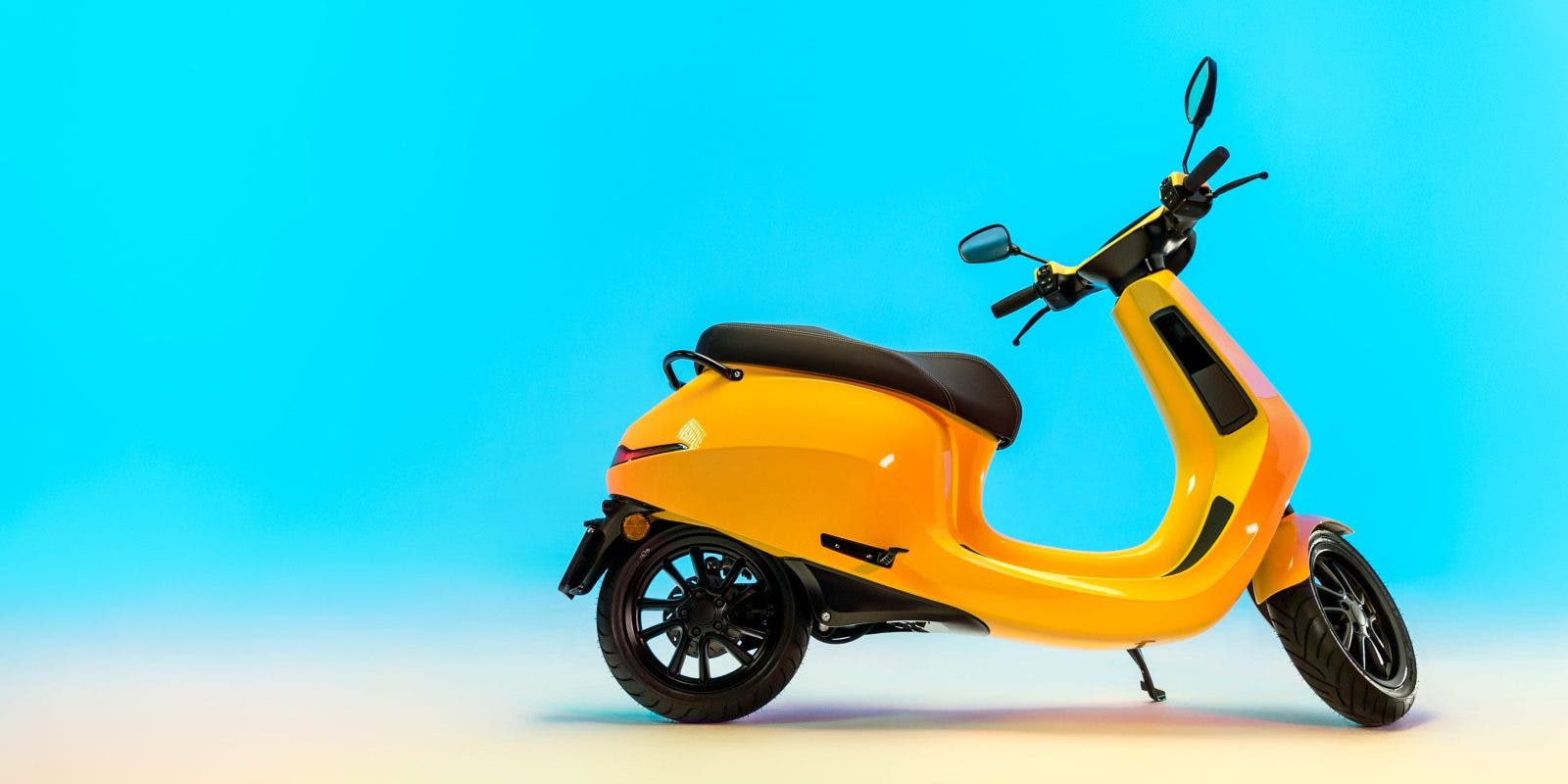 Cities are becoming more congested, and more polluted. The onus is on corporations and governments to do their bit to tackle this. But people can help too, and electric vehicles (small ones, that is, not cars) are the perfect vessel for achieving this.

Electric vehicles emit nothing, other than a high-pitched whine from their electric motors on acceleration and tyre emissions. Other than that, they’re completely clean, and the infrastructure for charging up is getting better and better — and especially in big, crowded cities like Amsterdam and London where cars are just too big.

This led Etergo, a Dutch company based in Amsterdam, to develop a new electric scooter to bring electrified motoring to a new generation of commuters.

The Etergo AppScooter is the first scooter of its kind. It’s 100% electric, designed to offer a high range, fast acceleration, a decent amount of under-seat storage and remote smartphone control. It’s essentially a scooter based on today’s technology for tomorrow’s world, with the practicality and footprint commuters need for hassle-free travel. 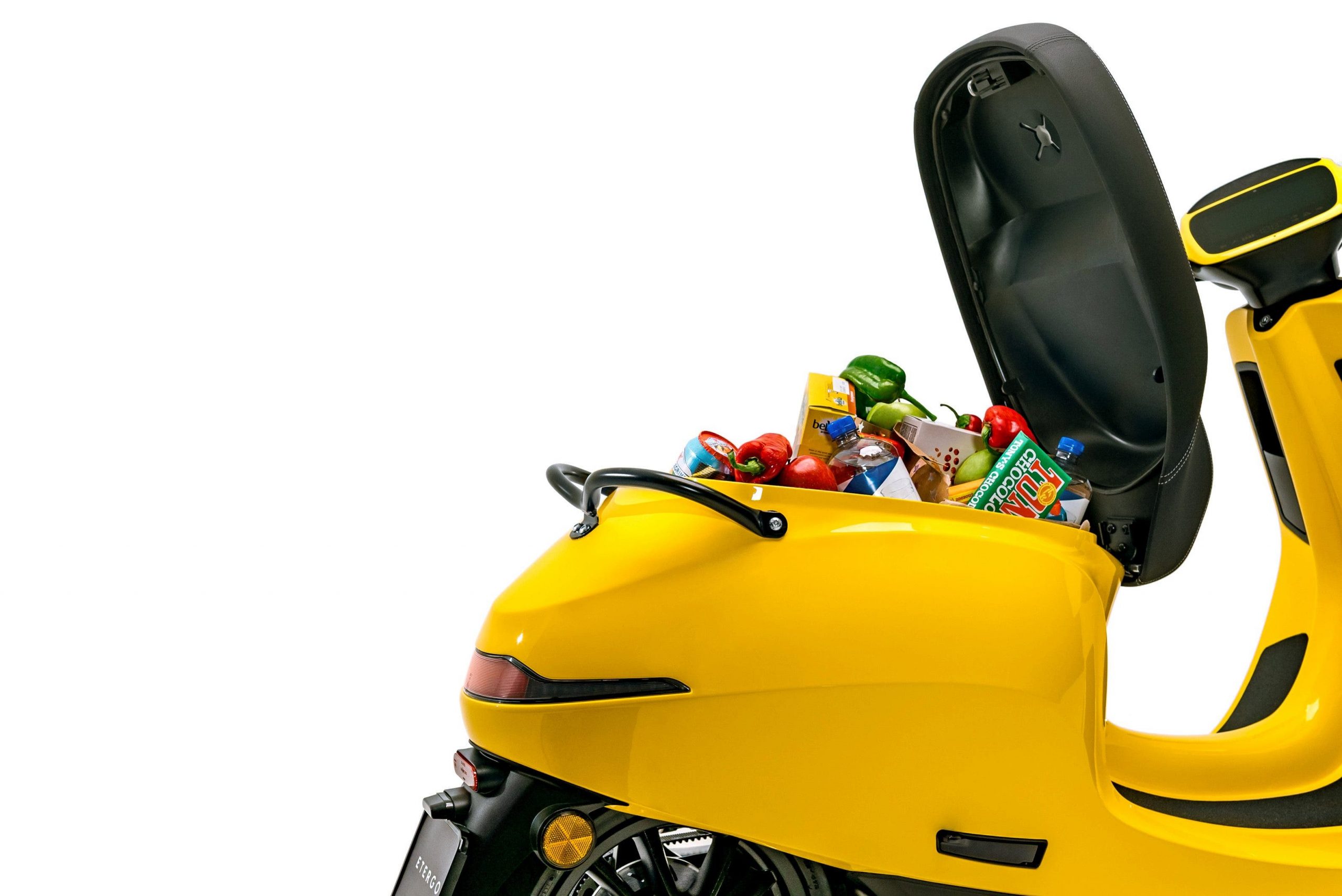 To develop it, Etergo has been making use of 3D printing. They have a project budget and timeframe for the development of their scooter, and using external vendors to prototype parts is too expensive and time-consuming. They decided to use 3D printing after looking into the success stories other companies had had.

The team looked into a variety of 3D printers before deciding on the Builder Extreme 2000, so they could fabricate large prototypes in-house. The Extreme 2000 has a 700 x 700 x 1700 mm build volume and can print a wide range of 1.75mm filaments, including PVA support material, PLA for visual prototyping, special PLA, PRO1 (an ABS alternative), PET for food-safe products and strong parts, and a flexible filament called Innoflex.

Etergo has been making parts from PLA. After drawing prototypes in CAD software, they successfully printed the Appscooter’s saddle, seat, battery module holders and elements of the frame. Because the Builder Extreme 2000 has a very large build volume, they were able to print these parts as one piece, which wouldn’t have been possible with a smaller printer.

For example, the seat is enormous by desktop 3D printer standards. The Etergo team 3D printed it in around 6 days using PLA and a 0.8mm nozzle. Here’s the seat being printed:

Thanks to 3D printing, the team are able to prototype new variations in design quickly. Printed parts are also dimensionally accurate, allowing the development team to test them in real life for form, fit and ergonomics. If they wanted to, they could also manufacture a small series of parts.

To date, Etergo has raised €16.3M in funding over 5 rounds and their AppScooter project is well on track. In fact, they are preparing to shift into full production right now and will launch the AppScooter in 2020.

You can find out more about the Etergo AppScooter here. This story was originally covered by our partner Builder 3D. If you like this story, you can find more just like it at our automotive page. We’ve also published a handy guide about the Builder Extreme 2000 PRO here.