Heineken is not only one of the most recognisable beer brands on the planet, they are also one of its largest producers. They operate over 150 breweries across the globe which produce over 2 billion litres of beer a year. That’s a lot of the good stuff!

Making so much beer is a massive logistics challenge because breweries have a maximum production output. Surges in demand can be spread across breweries, but the truth is most have different production line continuity. This means some are more efficient than others – something Heineken would like to correct.

One brewery in Seville, Spain, was the target of such a project recently. Heineken wanted the brewery to increase its efficiency. They were already capable of producing 500 million litres of beer a year, but Heineken wanted more. So packaging manager Juan Padilla González looked into 3D printing as a way to increase uptime on the production line.

3D printing on the manufacturing line

The potential applications for 3D printing on the production line are staggering. From the replacement of metal parts with more durable carbon fibre parts, to producing pulleys and latches that would ordinarily need ordering in, 3D printing has the potential to improve and innovate manufacturing in a variety of ways. 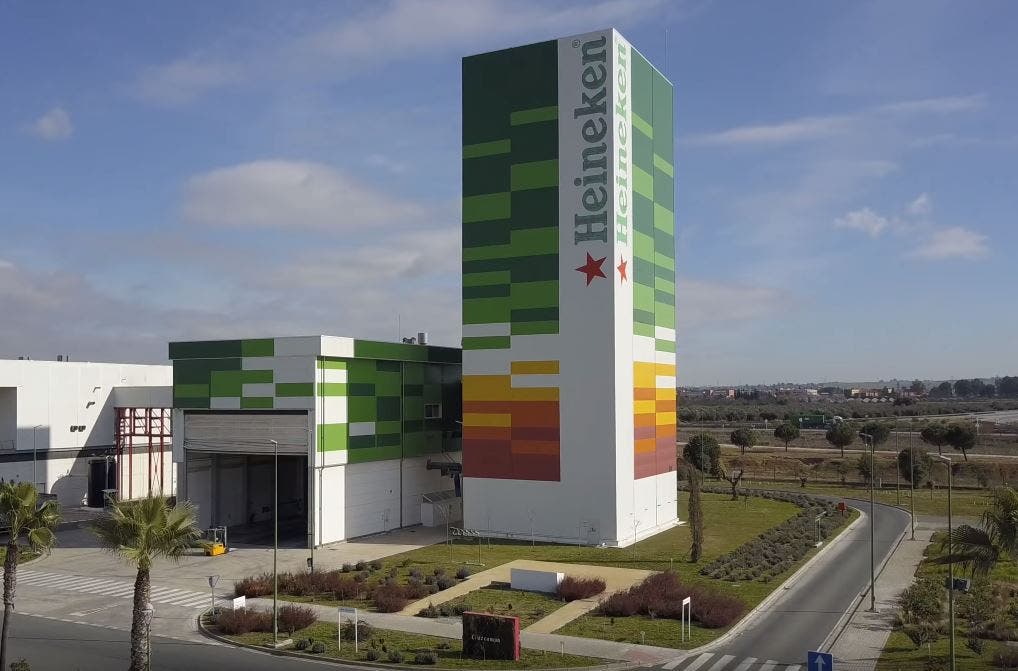 Inspired by its potential, Juan Padilla González set up a 3D printing lab within the Seville plant to test the technology. Their 3D printer of choice was the Ultimaker S5. The Ultimaker S5 has a huge 330 x 240 x 300 mm build volume, which is big enough to produce large parts yet compact enough not to take up a huge amount of space. 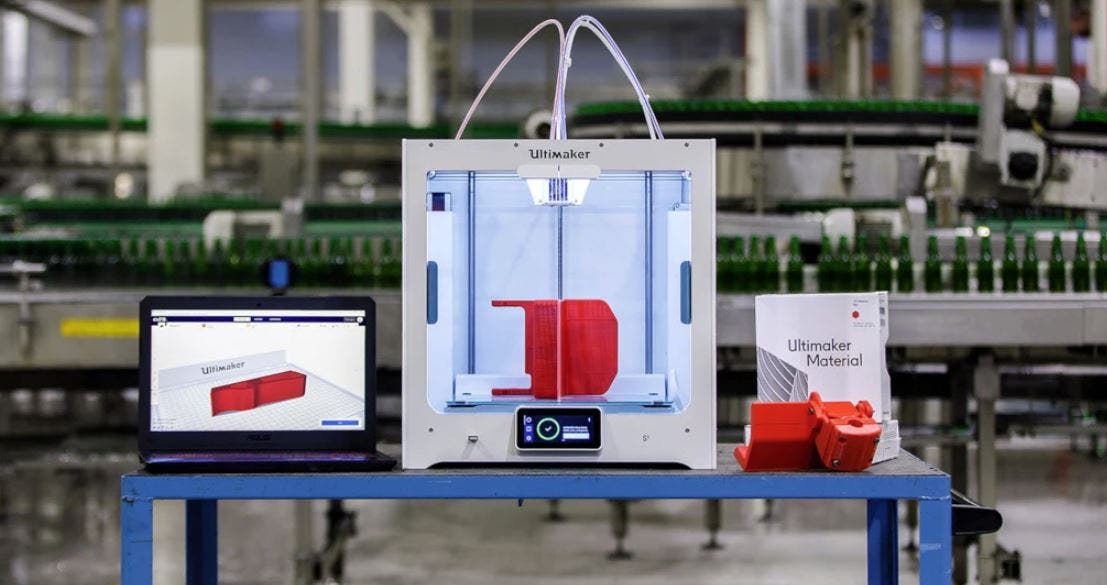 A review by Heineken of the manufacturing line was performed, to determine areas where 3D printing could have an immediate impact.

“We’re still in the first stages of 3D printing,” says González, “but have already seen a reduction of costs in the applications that we found by 70 – 90%, and also a decrease of delivery time of 70 – 90%.”

One of these areas was safety latches. This was the first application for 3D printing and a good test for the technology. 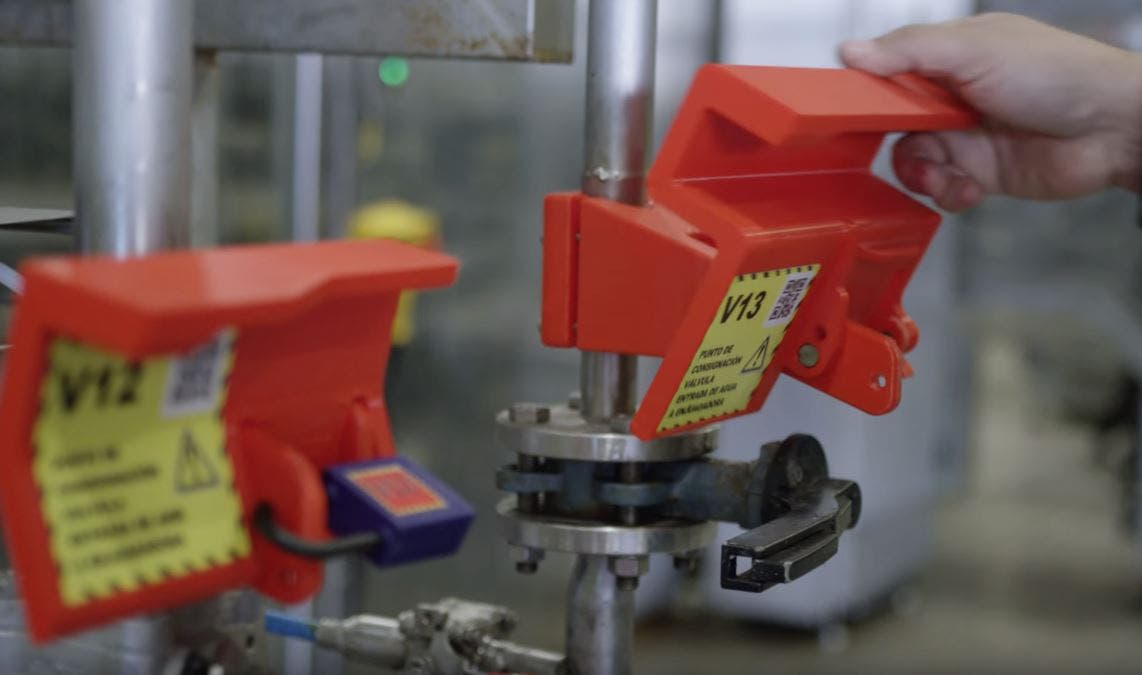 Heineken designed improved lockable safety latches, which are used during machine maintenance. These were then applied to all machines in the brewery. They were made in bright red using Tough PLA, a biodegradable thermoplastic that’s stronger than regular PLA with similar mechanical properties to ABS.

The latches were a hit with workers and proved to be highly functional. None of them broke or snapped in testing and they looked as good as new after use.

After the success of the safety latches, Heineken set out to apply 3D printing to the manufacturing line itself. They quickly identified a series of parts with a short shelf life which were difficult to replace. 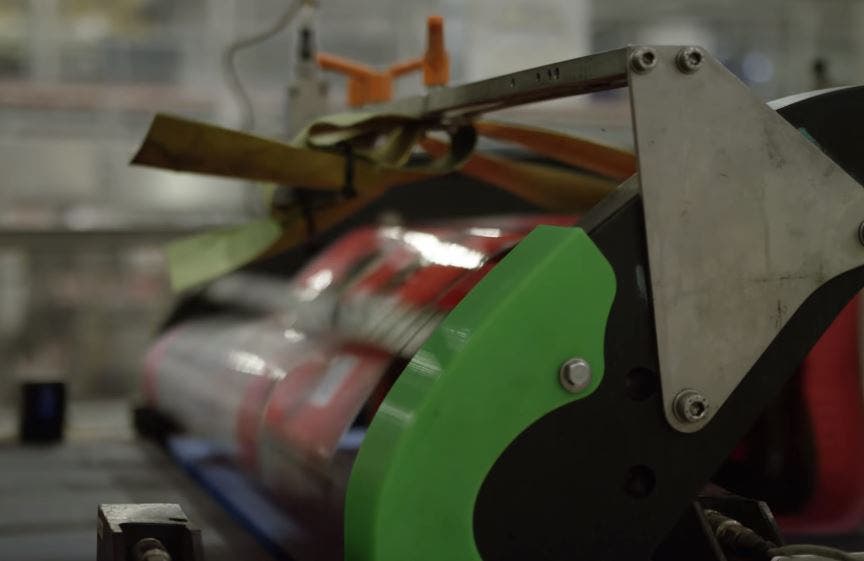 The team decided it would be a good test to see if 3D printing could produce replacement parts for machinery cheaply and quickly. And they quickly realised the biggest benefit of 3D printing in the process – design freedom.

Not only were the team able to digitally scan parts, they were able to iterate and improve on the original specification rapidly. They printed a series of parts within 24-hours and tested these immediately. One example includes replacing a part on a quality sensor on a conveyor belt. The metal part would often cause a jam, so the team designed a plastic part that was sleeker to avoid the problem. And it worked.

Heineken also printed tools and fixtures for workers. For example, they printed a grip which could fit on a custom pipe. They also printed a stopper tool, which loosens and tightens the columns on guiding wheels. Traditionally, these are custom made and cost a lot of money. Heineken printed them for 80% less. 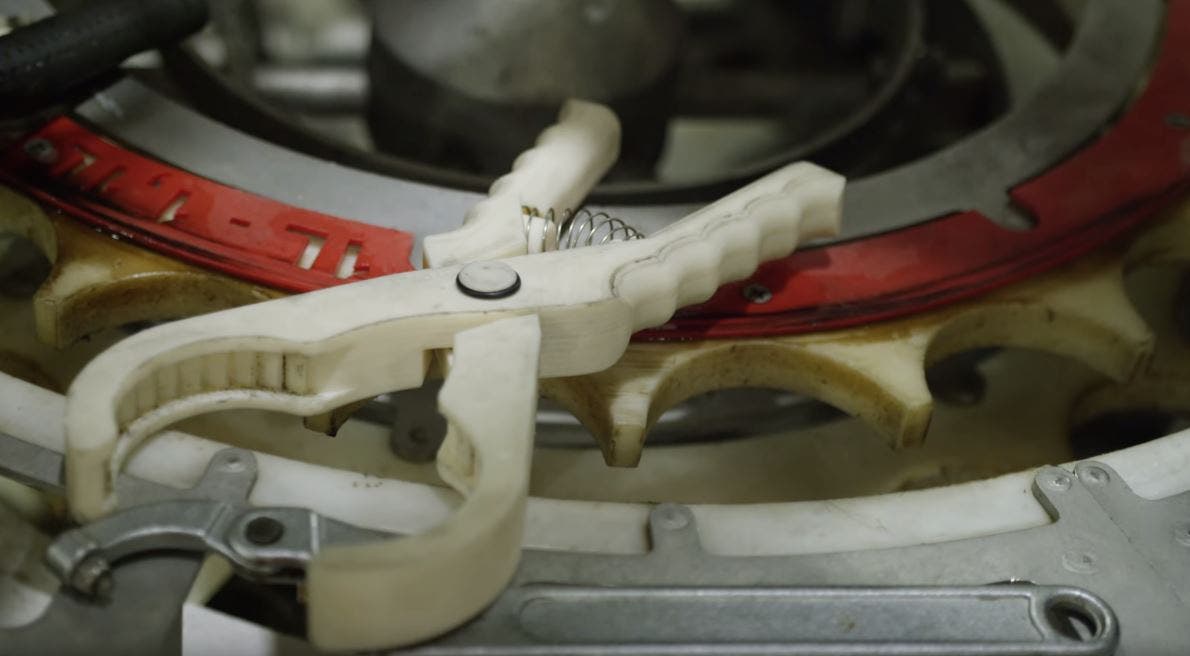 Thanks to Ultimaker’s impressive material catalogue, Heineken were able to apply 3D printing to functional and non-functional applications. They utilised materials such as Tough PLA, Nylon, and semi-flexible material TPU 95A during the project with great success, creating parts and tools to solve manufacturing challenges.

The initial pilot results have been excellent. Not only have Heineken improved employee safety, they have also given workers improved tools to do their job. And by adjusting the design of functional parts, they have improved efficiency on the manufacturing line with increased uptime and less reliance on third-party part suppliers. 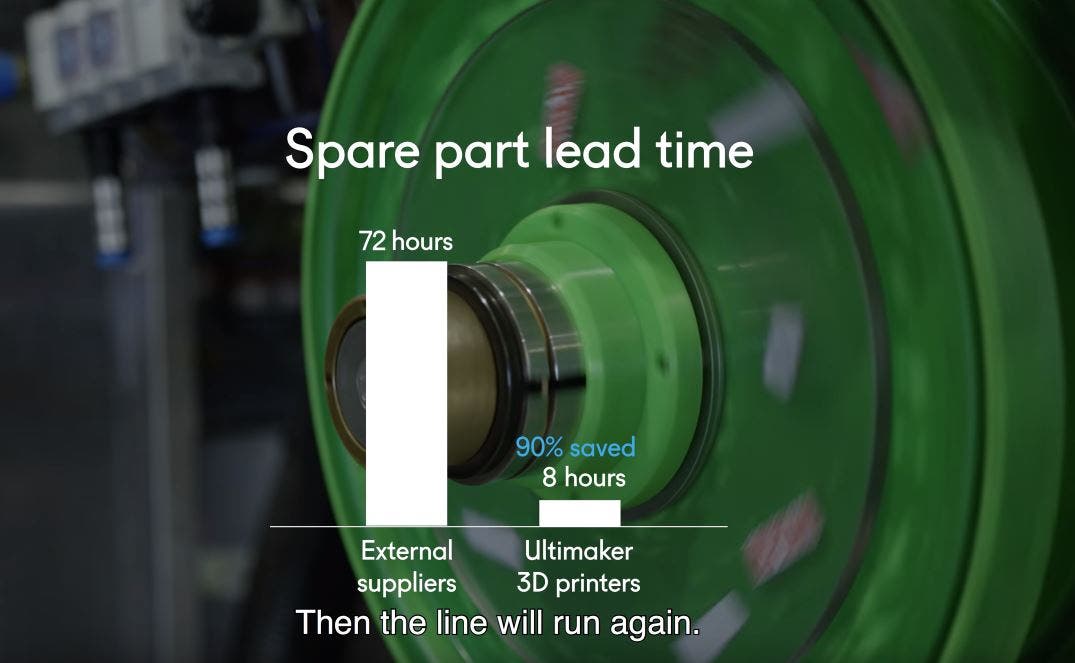 “3D printing has proven to be a technology that helps us, brings value to us, and enables our people to work more efficiently,” says González.

This story was adapted from information first published by Ultimaker. All quotes and images are credited to Ultimaker. If you liked this case study, you can find more like it at our engineering and manufacturing page.