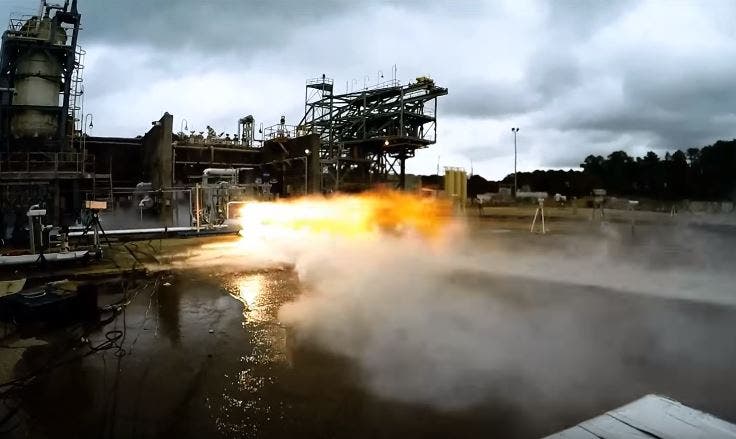 The engine, whose parts were 3D printed using a printing process known as selecting laser melting (SLM), fired into life last week with roaring success, producing a thrust so powerful it is reported to have shaken the cameras that were recording it.

75 percent of the engine’s components were 3D printed by engineers at NASA’s Marshall Space Flight Centre in Huntsville, Alabama. SLM is a process where parts are built up layer by layer using metal powder that’s bonded together by a laser.

Complex engine components that usually take years to manufacture, such as valves, were printed in just a few months and the engine’s 3D printed injector had 200 fewer parts than its traditionally manufactured counterpart. However, concerns over the durability of 3D printed components threatened to push back NASA’s research, regardless of the new possibilities that 3D printing creates with regards to part geometries and valve design.

The rocket engine was able to withstand extreme temperatures during fuelling tests, at a range of -240 Celsius to 3,315 Celsius, and NASA’s aim to establish whether or not 3D printed parts were up to the task of withstanding the extreme forces generated by the ignition of cryogenic liquid hydrogen and oxygen were a success, paving the way for further research into 3D printing and space applications.

The rocket was so powerful, it generated 20,000 pounds of thrust. Here, we can see the engine burst into life: 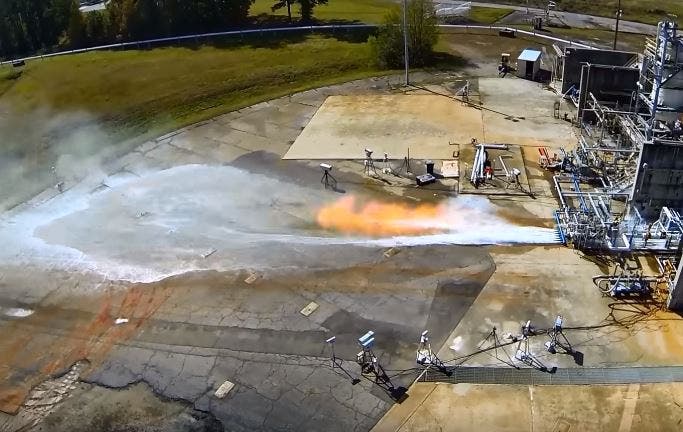 And here, we can see the engine burning off the last of its fuel: 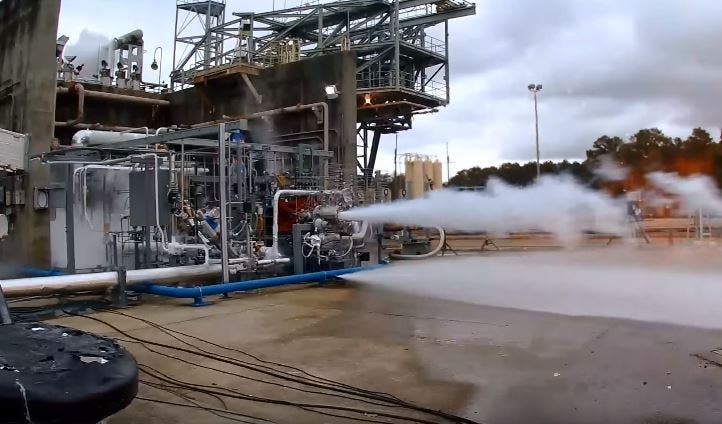 NASA project manager of additively manufactured demonstrator engines, Elizabeth Robertson, said their tests had brought them a step closer to building a high performance rocket engine; an engine that could one day be used for space travel.

“We manufactured and then tested about 75 per cent of the parts needed to build a 3D-printed rocket engine,” said Robertson, “by testing the turbo-pumps, injectors and valves together, we’ve shown that it would be possible to build a 3-D printed engine for multiple purposes such as landers, in-space propulsion or rocket engine upper stages.”

This excitement is one shared by project testing lead Nick Case, who said: “What matters is that the parts work the same way as they do in a conventional engine and perform under the extreme temperatures and pressures found inside a rocket engine. The turbo-pump got racing at more than 90,000 revolutions per minute and the end result is the flame you see coming out of the thrust chamber to produce over 20,000 pounds of thrust, and an engine like this could produce enough power for an upper stage of a rocket or a Mars lander.”

You can check out the full test by watching the embedded video below:

And here’s another video of it just for perspective!

It’s important for us to point out that this isn’t the only cool thing that NASA is up to – they’re using 3D printing for all kinds of things. Head on over to our source below to read all about how NASA is using 3D printing right now.