In July, we covered the introduction of the Markforged FX20, an all-new 3D printer described by Markforged as the “biggest, fastest and most sophisticated 3D printer” they make. 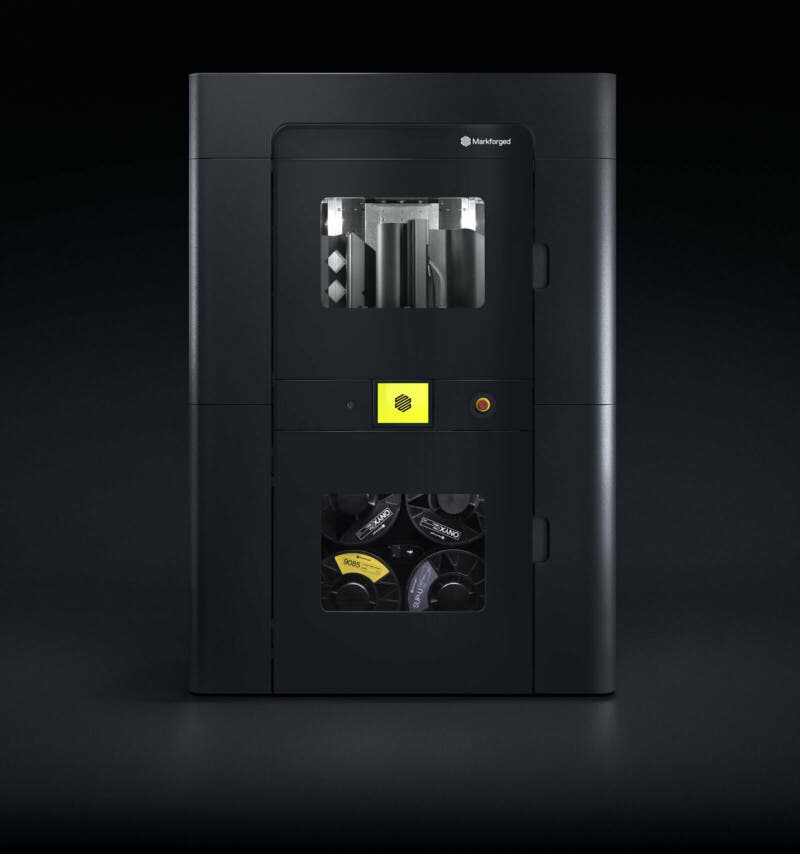 Markforged kept tight-lipped about specs, simply saying the FX20 would be “capable of printing high-temperature thermoplastics reinforced with continuous fibre at the click of a button”. This led many to speculate about what the FX20 is.

Thankfully, we now have answers for you. 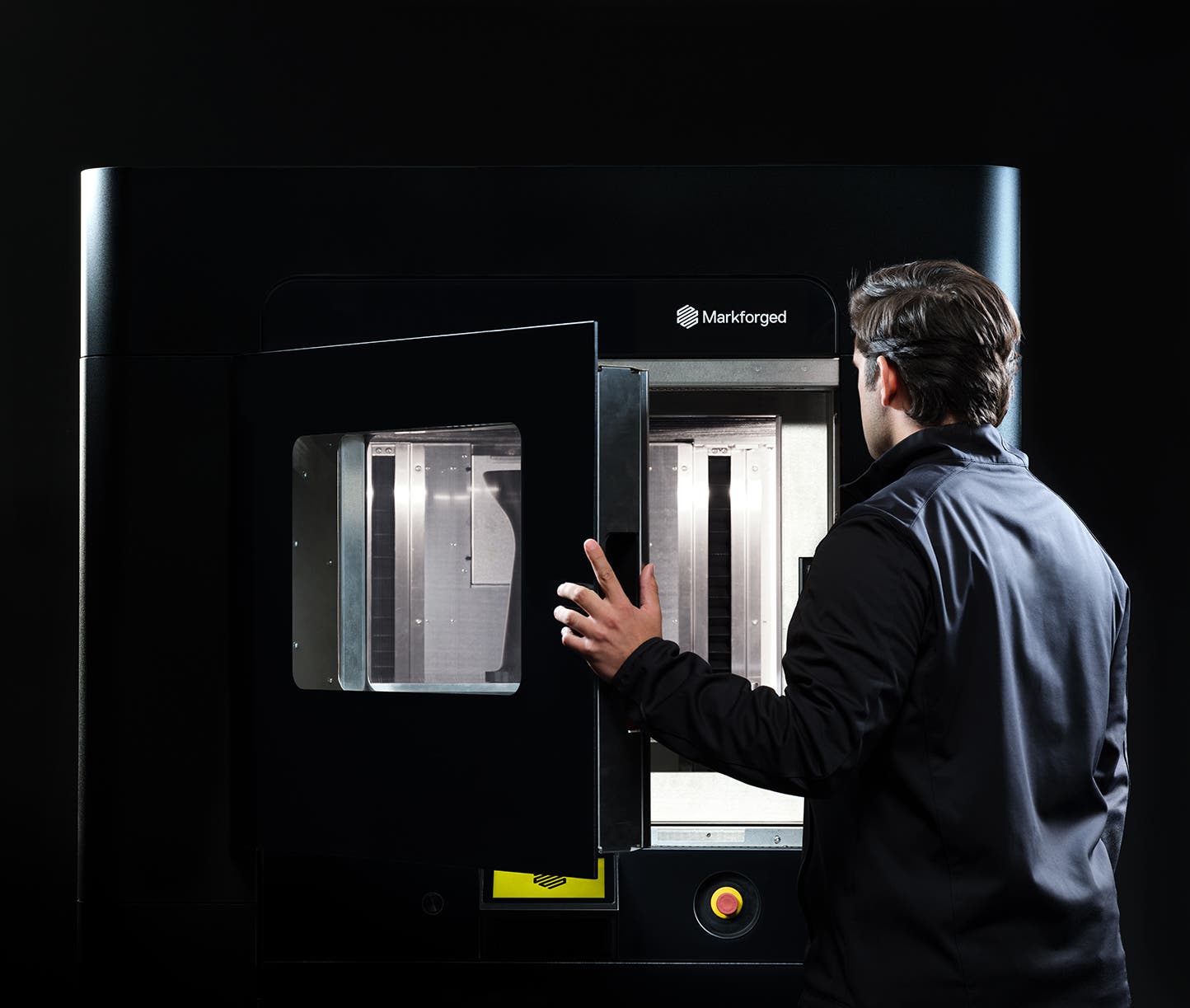 “The FX20 has a heated build chamber capable of maintaining up to a 200°C temperature and the capacity to print parts up to 525 mm x 400 mm x 400 mm in size,” Markforged says in their news article, “The FX20 is up to eight times faster than the default print settings on Markforged’s existing line of composite printers, and prints are nearly five times larger than its next-largest printer, the X7.” 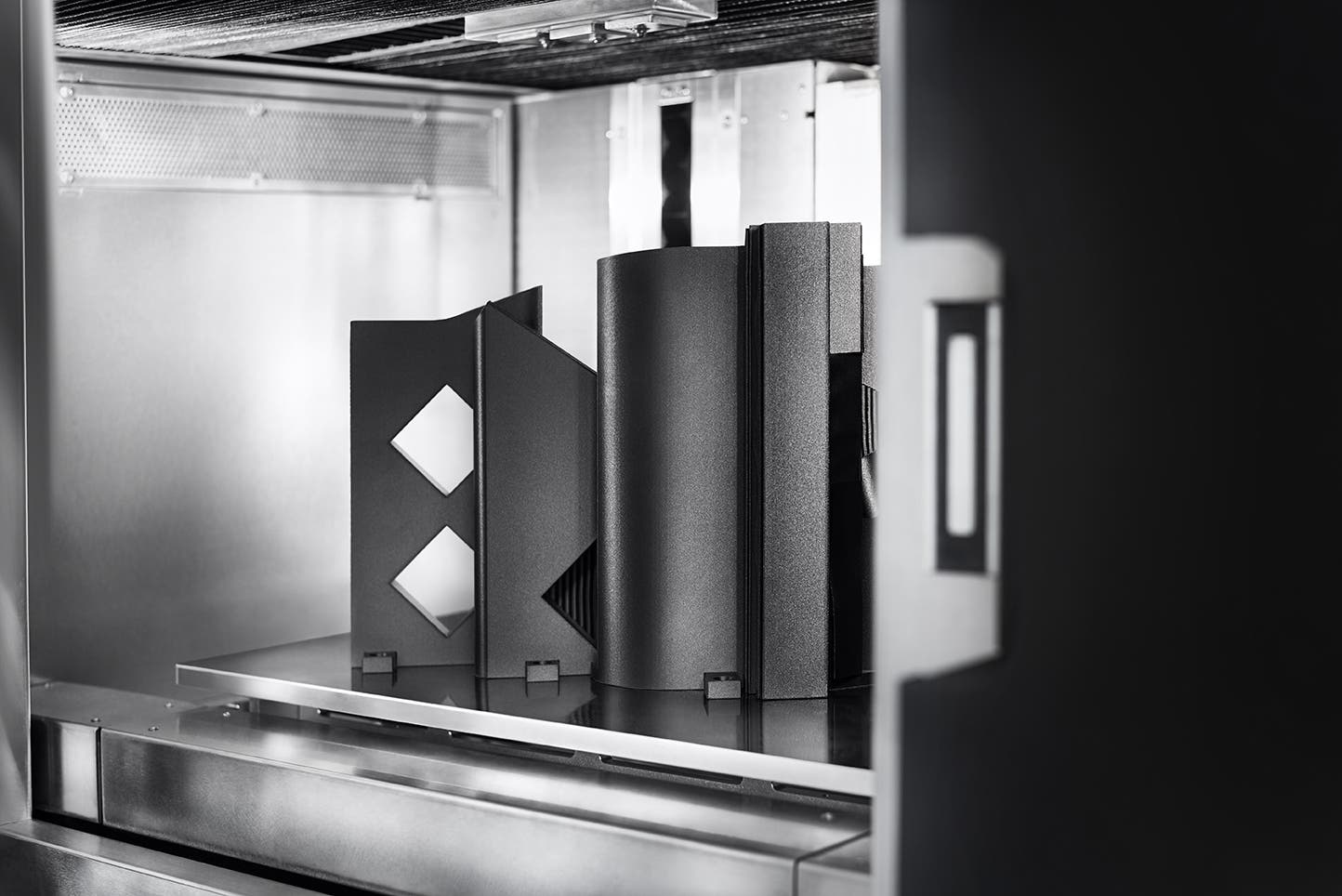 The key takeaway from Markforged’s announcement is the sheer build size. At 525 mm x 400 mm x 400 mm, the FX20’s build volume is enormous.

The FX20 is also up to 8x faster than Markforged’s other printers based on Continuous Fibre Reinforcement, making it suited to rapid manufacturing lines. Custom parts reinforced with carbon fibre can now be made faster than ever before.

ULTEM 9085 Filament is the core build material for the Markforged FX20, rated to have greater tensile strength and a higher heat deflection temperature than Nylon 6 and Polycarbonate.

The official Markforged FX20 webpage is now live, giving you all the juicy product specifications and details. As an authorised Markforged partner, we will stock the FX20 soon. Contact our award-winning team on 01765 694 007 or email sales@additive-x.com to learn more about availability and other Markforged printers.

*The “ULTEM™ and 9085 trademarks are used under license from SABIC, its affiliates or subsidiaries.