Announcements from 3D printing tech manufacturers continued yesterday, here are the ones we missed off our first post.

HP Partnering With Intel For 3D Printing
HP have announced that they will be using Intel’s Core i7 processors in their game-changing Multi Jet Fusion 3D Printer which will print 10 times faster than today’s 3D printers. Not a huge surprise I suppose, but still, the thought of being able to print models 10 times faster without losing quality is certainly going to appeal to end users. Read more here.

MakerBot Releasing A Handheld, Colour Scanner
I’ve only seen news of this on 3dprintingindustry.com, with no official news on MakerBot’s website as far as I can see yet. It sounds pretty impressive though. 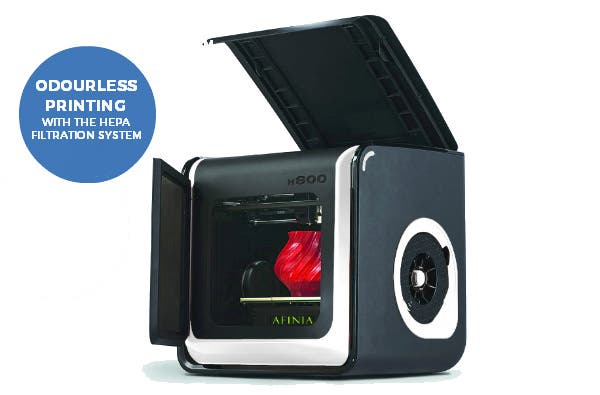 Afinia have released a new 3D Printer called the H800
We’re obviously pretty excited about this as we’re an Afinia reseller in the UK. It looks as though the new machine is pretty much the same as the Up! Box. See website for more details.

Fuel3D Super Fast Scanner Now Available For Pre-Order
This is one I missed yesterday. Fuel3D have now fulfilled all the Kickstarter orders of their Scanify, so they are now taking pre-orders on their website.