Formula Student is the event European automotive engineering students look forward to each year. The single goal is to design and build a single-seat racer that is faster and more consistent than over 100 other efforts.

Over the years, 3D printing has become a critical tool for engineering teams, enabling rapid prototyping and custom parts. Additive-X was asked to help Leeds University with 3D printing a plenum assembly.

We were happy to oblige and specified Onyx with the Markforged X7, which prints composite-reinforced parts as strong as aluminium with a build size of 330mm x 270mm x 200mm – perfect for medium-sized components.

Formula Student and the need for speed

In racing cars, tight engine tolerances mean each component has to be manufactured with pinpoint precision. There is no room for error if you want the best performance. For example, the geometry and dimensional tolerances of engine bearings are an area of intense study. It can take millions of hours to get them right.

For students at Leeds University taking part in Formula Student, the need for high-quality mechanical components is clear. Taking first place is a massive boon because this is Europe’s most established educational engineering competition. Not only does it give engineers bragging rights, but it also enables them to explore fundamental engineering challenges. 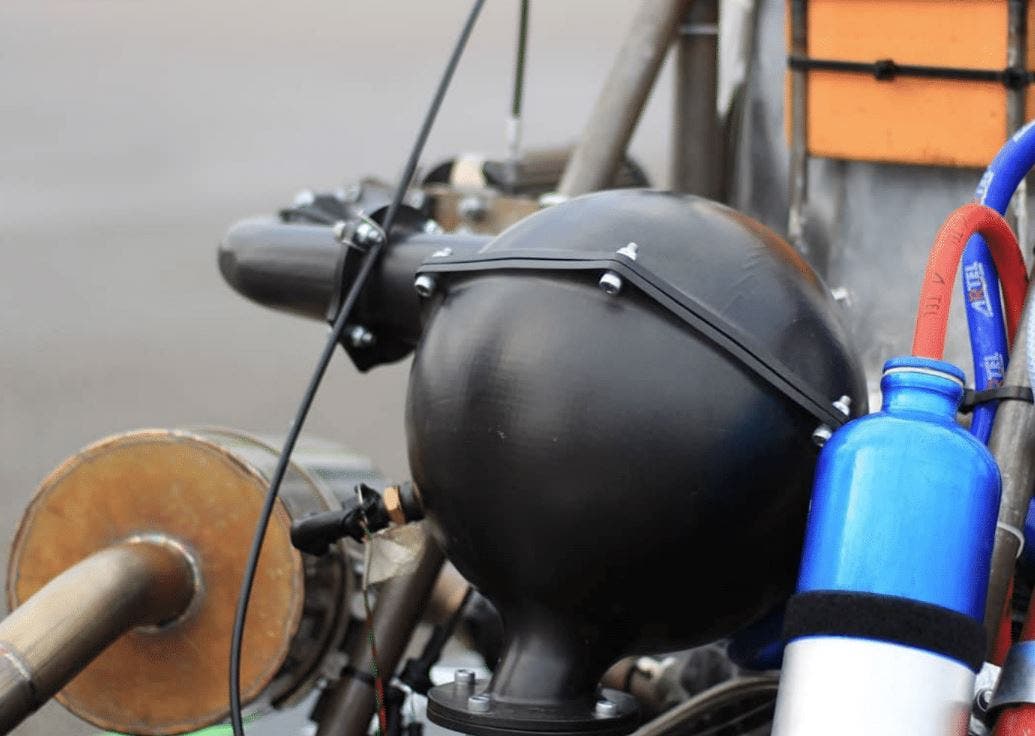 The applications for AutoDesk Fusion 360 are immense. In this case, the students used it to design and simulate the plenum assembly.

The intaw is a part of a vehicle’s intake manifold and functions as a pressurised air enclosure transfering the fuel-air mixture to the cylinders. A faulty plenum could cause adverse effects on an engine’s efficiency resulting from a leak. The plenum needed to act as a pressure chamber in outdoor conditions. It required a design that was strong, lightweight, heat resistant and air-tight.

Traditionally, intake plenums are made from cast aluminium. This creates a durable and strong part, but also a heavy one. With the Formula Student team keen to save weight in any area possible, they decided the intake plenum would be a good candidate for 3D printing. But how would they create a part that’s as strong as aluminium but lighter?

Printing with the Markforged X7

The Markforged X7 is a beast of a 3D printer. Markforged’s top-end model has a dual nozzle print system that supports continuous carbon fibre and Kevlar reinforcement.

Parts printed with continuous strands of a composite outperform aluminium, yet they are 40% lighter. This performance potential appealed massively to the Leeds University engineering team because it would enable them to replace a wide variety of aluminium parts with lighter ones.

In a simulation, the team had designed a plenum but needed a functional material to make it. For this, they chose Onyx. Onyx is a proprietary material to Markforged. It’s part nylon, part chopped carbon fibre. Out of the box, it’s immensely strong and tough. The plenum was 3D printed in Onyx because of its high strength and heat-resistant properties. 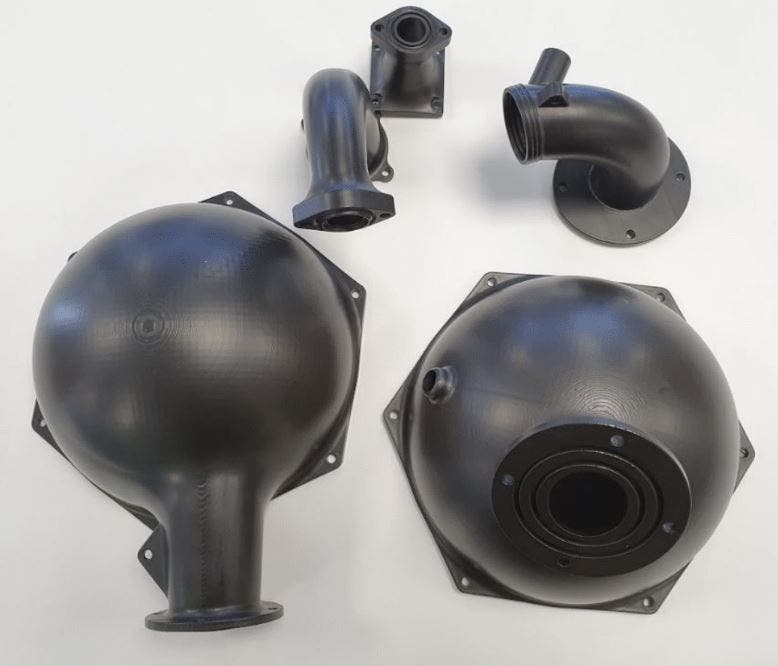 Our role in this project was to 3D print the model itself. We were asked to help with 3D printing the design using an iterative process (basically, we printed a series of models), and we continued to support the project until the final part was made.

The intake plenum was printed true to the design. Onyx exhibits excellent dimensional stability, so all design iterations were printed without failure. Onyx is about twice as strong as ABS and has a heat deflection temperature of 145C. It can also be reinforced with carbon fibre, Kevlar, fibreglass, or HSHT fibreglass to create even stronger parts. 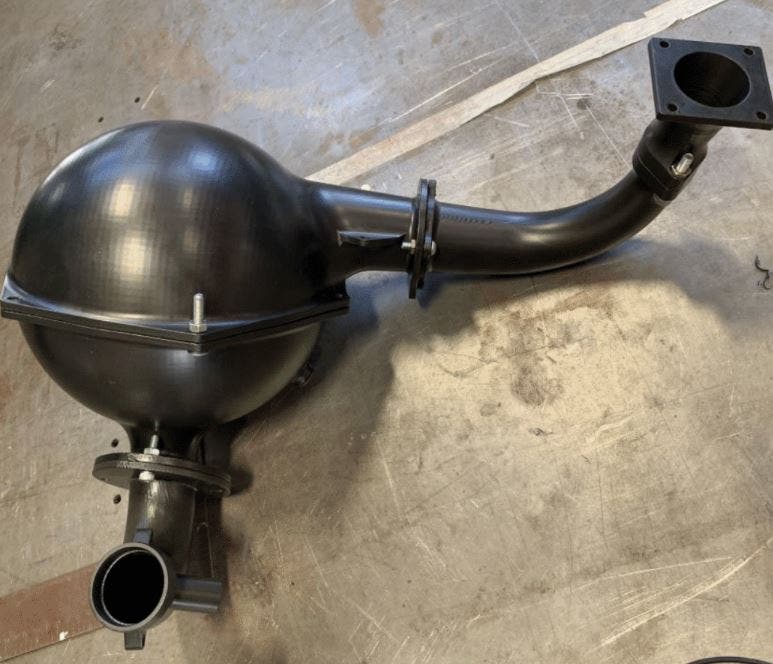 Once printed,  we post-processed them using AMT’s PostPro3D vapor smoothing unit – a patented chemical vapor smoothing solution for post-processing thermoplastic 3D printed parts.  This was the finishing touch to give the intake plenum an oil and grease-resistant finish, so it would cope with the rigours of racing hard and fast.

In tests, the plenum performed just as well as the aluminium original. It was also 40% lighter. The plenum showed no performance issues and passed a choke test. The team were also able to make the plenum larger than the aluminium model. This increase in internal volume meant an increase in the amount of air to the engine, improving performance.

The cost of the materials came to £504. The intake plenum was printed in five parts and took 247 hours to manufacture plus 90 mins post-processing at a cost of £55.

Leeds University didn’t go on to win the competition, but lessons learned during the design and engineering stages will no doubt help them climb the table in the future.

This case study was created with thanks to Leeds University, AutoDesk, Markforged, and Additive Manufacturing Technologies Ltd.