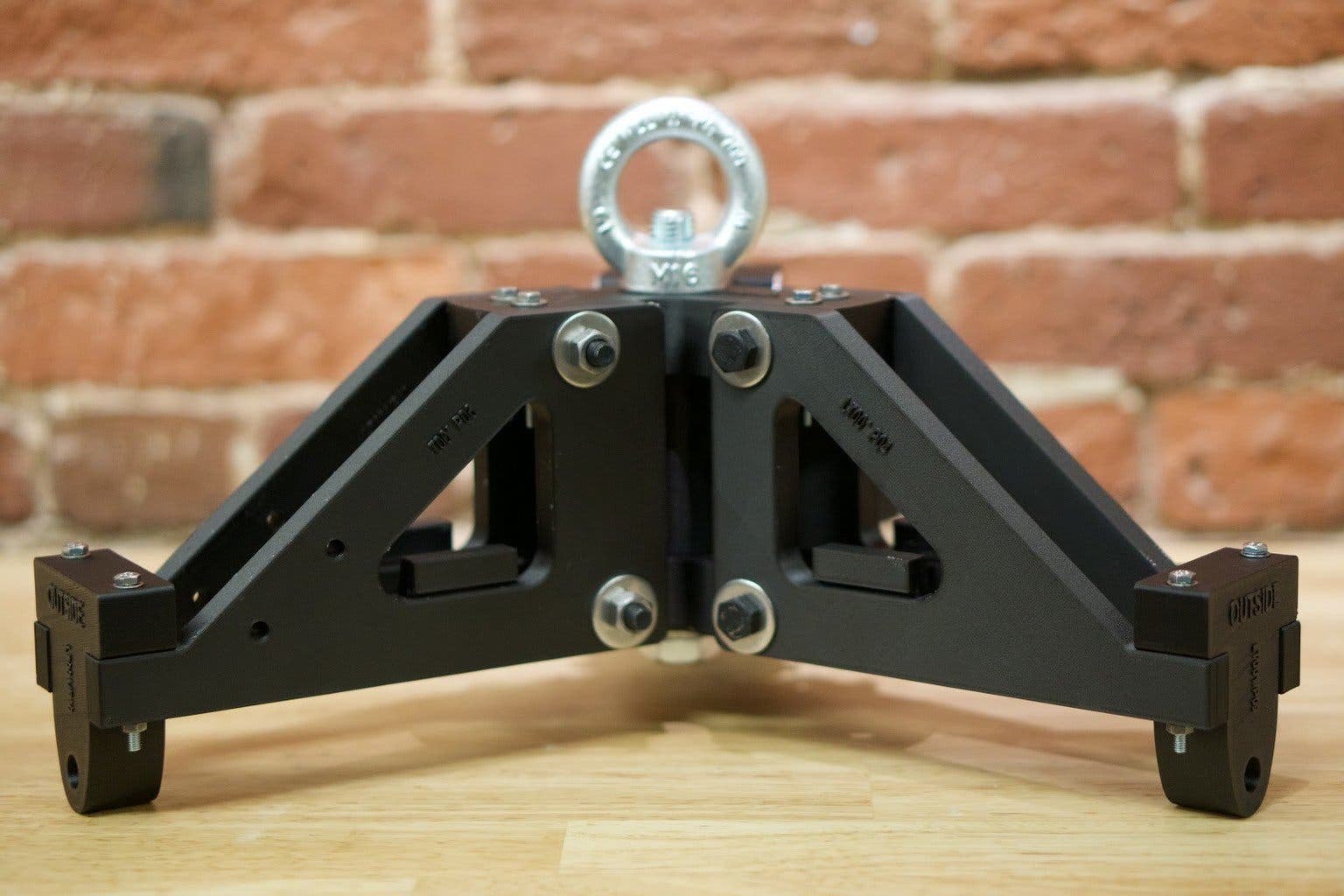 3D printing is a huge opportunity for product manufacturers to create their own line of customised tools and equipment for their production line. This process reduces costs, lead times and eliminates dependency on third party suppliers. It can also bring about functional benefits, such as reduced weight and better part reliability.

Wärtsilä, a global leader in the manufacture of large engines for cargo and container ships, recently experienced these benefits for themselves when they decided to use 3D printing to create a replacement lifting tool.

The lifting tool in question is essential for building and servicing large engines, because it enables the engine to be moved safely. Originally, Wärtsilä would machine the tool in-house from solid steel, but this brought about a trio of disadvantages:

#1 – The tool was incredibly expensive to manufacture 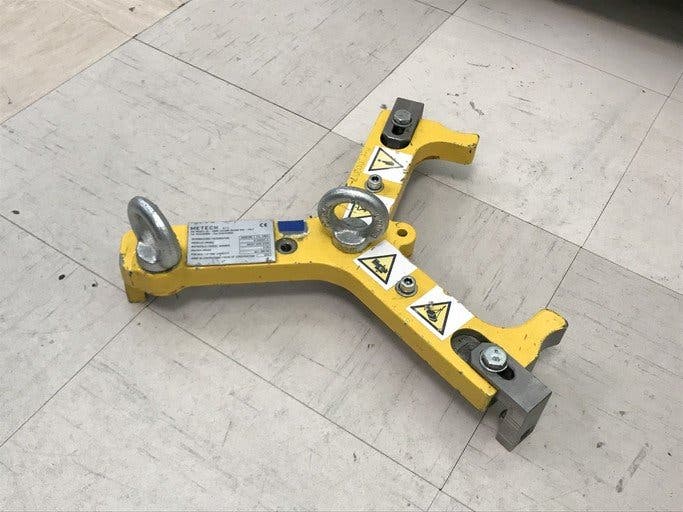 Wärtsilä’s motivation to try 3D printing as an alternative manufacturing method for the lifting tool was spawned to address these three disadvantages at the same time. They also wanted to test 3D printing’s capability to boost their design freedom. Could it enable them to make quick design changes to a part? This would be a gamechanger because iterations in design with machining cost them thousands of Euros.

3D printing is nothing new to Wärtsilä. Engineers at the company had been using Markforged carbon fibre 3D printers since mid-2018 to solve problems on the production line at their factories in Vaasa, Finland, and Trieste, Italy. They had printed smaller parts in nylon with carbon fibre reinforcement to replace metal parts and tooling with great success, but the lifting tool was one of the biggest yet.

They decided they wanted to increase their 3D printing throughput, so they invested in an Industrial Series X7 printer. The X7 can print Onyx with Fibreglass, HSHT Fibreglass (high-strength, high-temp fibreglass), Carbon Fibre and Kevlar reinforcement. It’s engineered to produce high-quality parts every time. 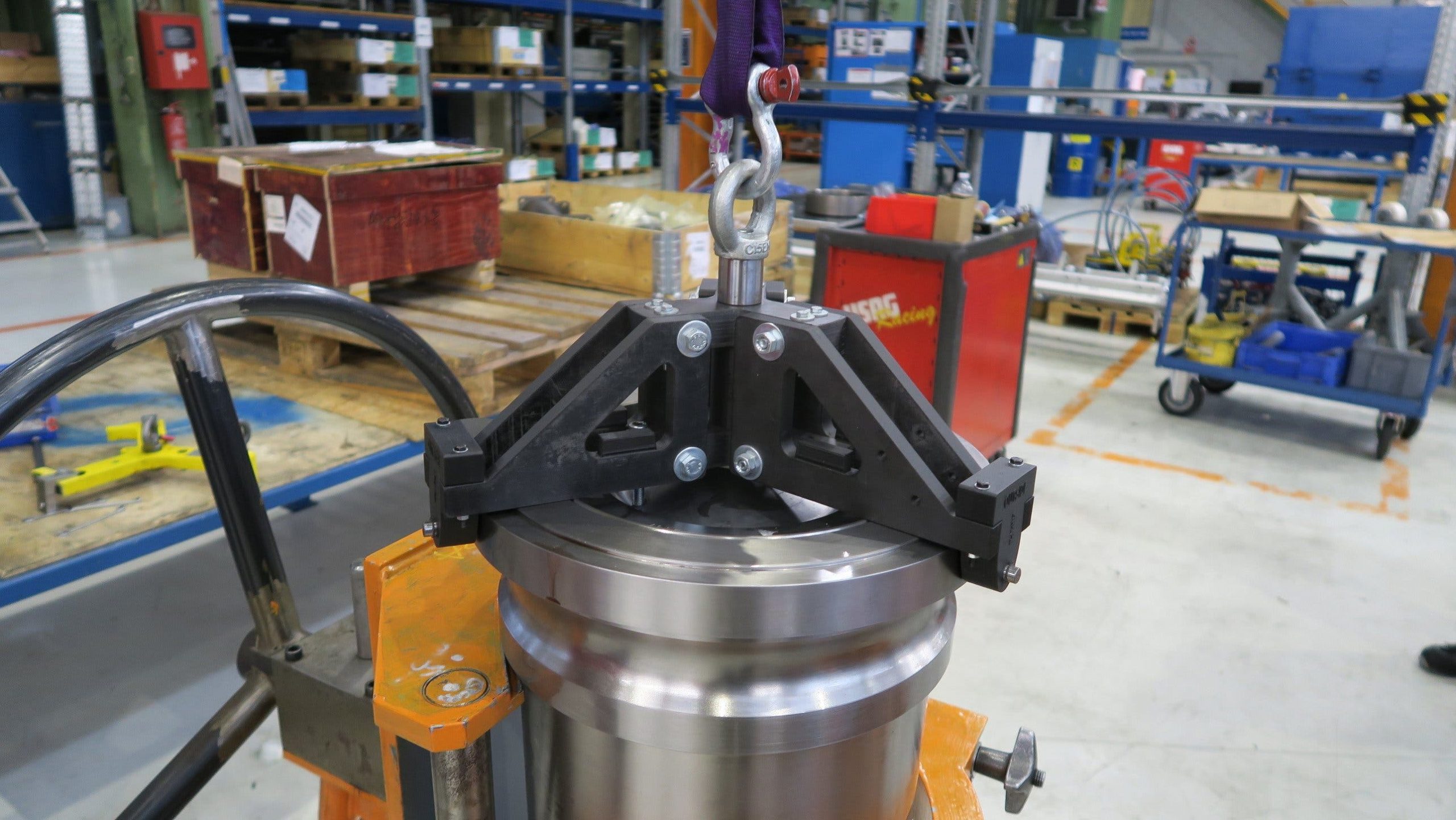 Working with Markforged, the engineering team at Wärtsilä redesigned the original metal lifting tool to best utilise the composite reinforcement. The first attempt produced a lifting tool that could lift a 240kg engine piston. “I think everybody was actually pretty shocked about the performance,” said Juho Raukola, Innovation Expert (Additive Manufacturing) at Wärtsilä.

Further refinements resulted in a lifting tool that could lift 960kg before deformation (which with a carbon fibre part, manifests itself as the fibres splitting apart). This was more than enough to lift the heavy engine pistons needed.

Keen to show the safety of their new carbon fibre engine lifting tool, Wärtsilä worked with international certification agency Bureau Veritas to define a process to certify the tools. The result of which is the lifting tool has CE certification, which actually makes it the world’s first 3D printed CE-Certified lifting tool.

Wärtsilä’s custom-made carbon fibre lifting tool has carbon fibre layered in multiple directions to evenly distribute its weight bearing capability and maximise strength. It performs the same role as its stainless-steel counterpart but is around 30% stronger and 50% lighter, which makes handling and transport easier.

Having now made a few of these lifting tools over a period of 8-months, they estimate to have saved over €100,000 in tooling alone. Lead times for the tool have also been more than halved. It would take at least a few weeks to make the lifting tool with machining. With 3D printing, it takes just a few days.

Due to the success of this project, the engineering team are now beginning to replace other machined parts with carbon fibre ones. Importantly, this means they can reduce their dependency on suppliers. “We don’t have to work to someone else’s schedule,” says Juho, “and the beauty of 3D printing is that each design can then be printed anywhere at any time through distributed manufacturing, even on the ships Wärtsilä helps to maintain and service.”

In addition to a Markforged X7, Wärtsilä also recently invested in a Metal X 3D printer which prints metals such as 17-4 PH Stainless Steel. This will enable them to reduce their dependency on suppliers even further and manufacture made-to-order parts in-house. “If we want another tool for production, with a specific customer design, it’s not four to six weeks like it was conventionally, but it’s now really a couple of days,” said Giuseppe Saragò, Director, Manufacturing Excellence, Wärtsilä, “We are able to answer the need and fulfil the need faster.”

This information was first published by Markforged. If you enjoyed this case study, you can find more like it at our engineering and manufacturing page.