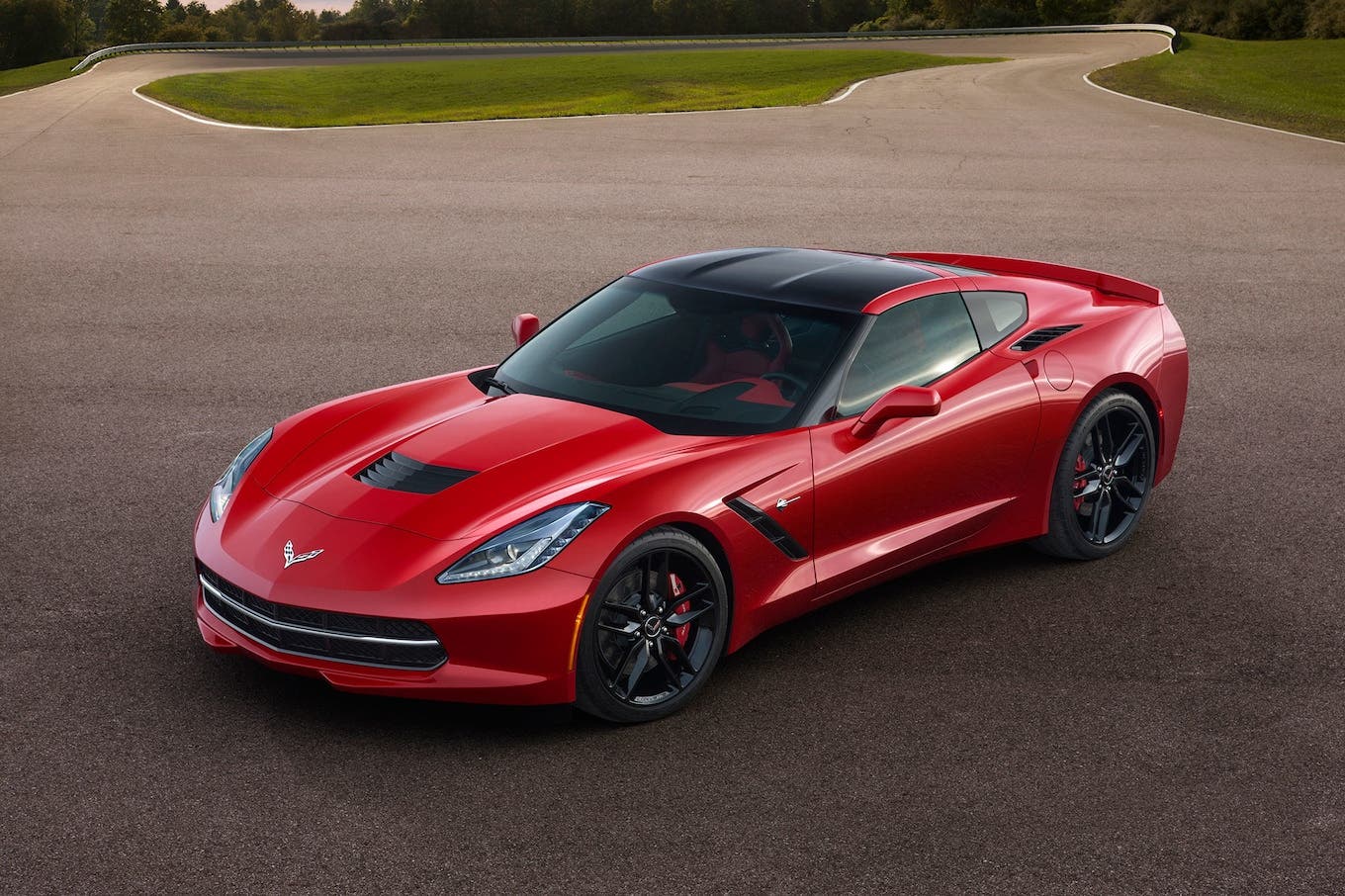 Aftermarket car parts are very usually manufactured from ABS plastic or fibreglass, depending on the application. Some are also made from carbon fibre, although these are rarely mass-produced due to cost. For those made from plastic, 3D printing offers a rather exciting opportunity to design truly custom parts, because the technology enables freedom in design and boosts manufacturing potential.

C7 Carbon, an automotive design company based in the US, make a wide range of aftermarket ‘bolt on’ parts for cars and trucks. We’re talking spoilers, side skirts, splitters, wings, grilles – the kind of things that allow people to personalise their pride and joy and truly make it their own. Trouble is, making custom parts is a laborious task and soaking up the cost of production is not always palatable.

This led engineers at C7 Carbon to explore alternative manufacturing methods to milling, thermosetting and machining. 3D printing was always a technology they were interested in, and they decided to test it first-hand in 2015.

The C7 Design team needed a large-format 3D printer that was capable of making large prototypes as one part — and very large prototypes in a maximum of two parts. “We were originally looking at a variety of 3D printers back in 2015, and we were interested in the 3DP 1000 because of its size and price point,” says company owner Ryan Cianci, after considering but shunning a few other promising brands due to build size limitations. 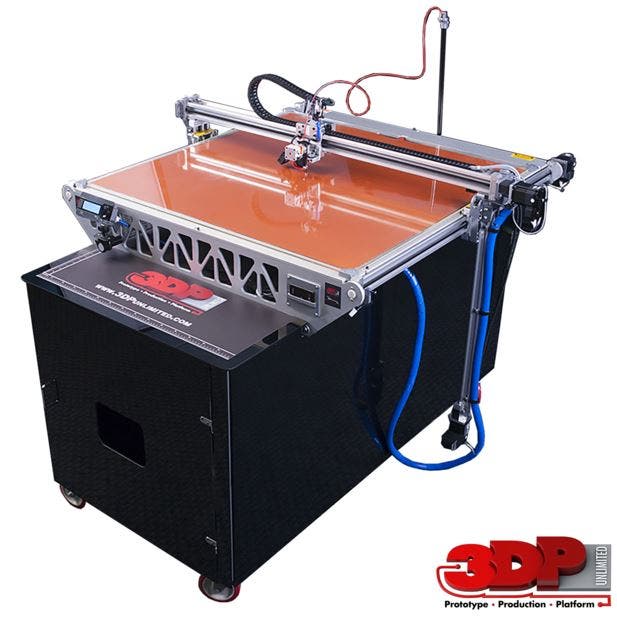 In the end, the team trialled the 3DP 1000 and were happy with the parts it made right away. “I know that my first run of failed prints were discouraging,” says Ryan, “but you just have to stay with it and find the right size nozzle and build level, and then fine tune it. Once you get the print build dialled in, it’s amazing to see them work!”

The 3DP1000 (now in its 3rd generation) has a colossal 1m x 1m x 0.5m build volume and can print a wide variety of engineering materials, including PLA, ABS, Nylon, Ninja Flex, T-Glase, PVA and HIPS. The mechatronics and mechanics are industrial-grade, capable of running 24/7, 365-days a year at optimal efficiency.

C7 Carbon has four 3D Platform 3D printers in their workshop, which they use to manufacture prototype models and end-use models. They have one printer dedicated to printing prototypes with a modified HFE300 extruder and pro-electronics, while the other three are dedicated to small-series production. 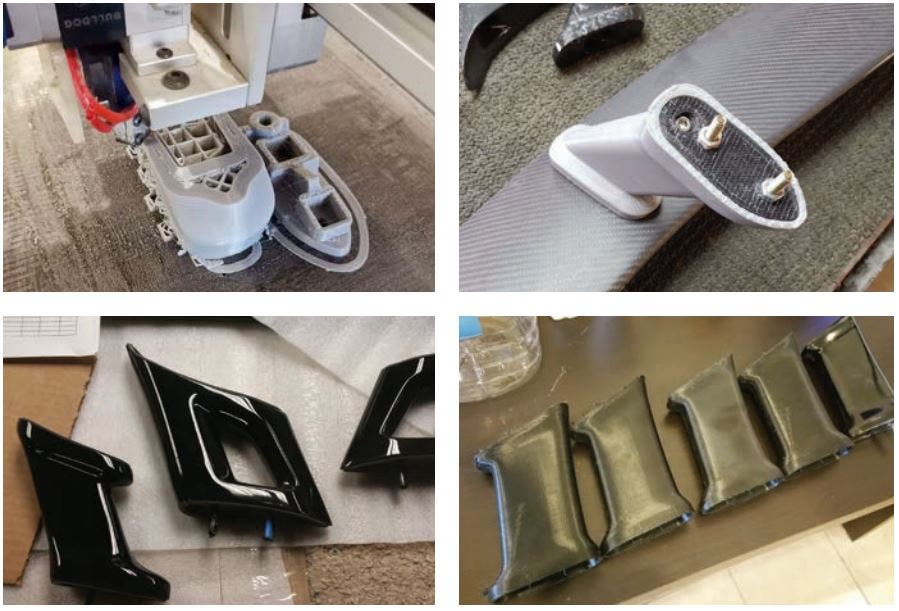 For prototypes they use PLA, and for production models they use ABS. At first, the team used 3D printing to modify existing products and improve them, before going onto use 3D printing to create new products from start to finish.

In the past, C7 Carbon would create their prototypes by carving their designs from blocks of foam and then applying automotive paint materials. Now, they can design them in CAD and 3D print them in half the time. Crucially, there’s no manual labour involved – only design time and a minimal amount of finishing.

In total, the team have calculated that with traditional prototyping and production techniques, they spent 12,360 manhours at work. With 3D printing, this has been reduced to 2,472 manhours. That’s a 133% reduction. Also, 3D printing only requires one operator, while traditional methods require 5 workers.

Because of their ability to design products in CAD and send them to print – with no manhours needed between – the team are free to invest their time in other areas of the business, like finishing and quality control. This enables them to make a better end product; one that is worthy of being sold in retail.

The most pertinent application the team have for 3D printing is in the production of car spoilers. They now almost exclusively 3D print these in-house, which enables them to make more of the same product with a high level of repeatability. The team have also applied 3D printing to making splitters and wings.

Parts printed in ABS can be painted or vinyl wrapped any colour, or they can be given a unique finish with ‘dipping’, a process which sees paint suspended in a liquid coat parts which are lowered into it.

This story was first published by 3D Platform. Top image credit: Motortrend. If you enjoyed this story, you can find more like it at our automotive page.