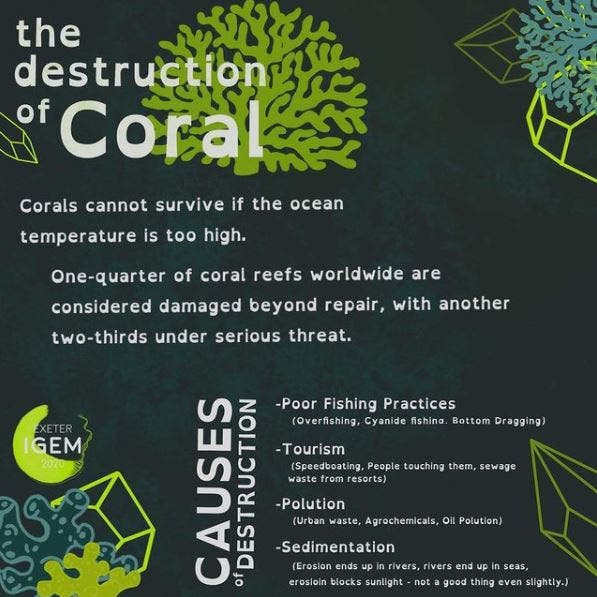 Coral reefs are important for several reasons – they protect coastlines from storms, support life in the ocean and provide jobs for local communities.

However, the main reason they are important is they store significant amounts of carbon dioxide. Carbon dioxide is a leading cause of global warming. Without coral, global warming will accelerate, and this would be devastating for our planet.

To slow climate change, coral is necessary, so we have a duty to do what we can to preserve it – and students at the University of Exeter are using 3D printing to do just that.

Their project, called CalcifEXE, uses bacteria to make calcium carbonate. The compound is then shaped into coral “backbones” using 3D printers. These backbones support live coral, and the hope is that they will one day allow scientists to create new coral formations in the ocean and replace lost coral in existing formations. 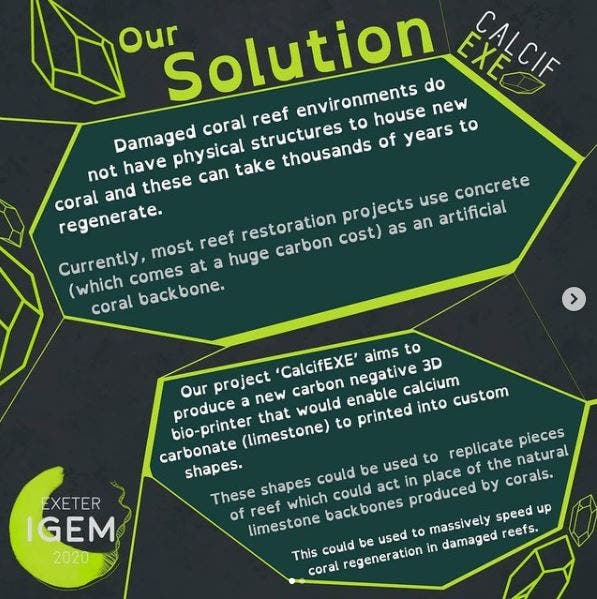 “To do that, we introduced an enzyme that removes CO2 from the air and converts it into bicarbonate ions. This is part of a process called ‘bio-mineralisation’, where living organisms produce minerals.”

To assist with the university project, Additive-X supplied students with an Ultimaker 3D printer. The Ultimaker S3 and S5 printers are built to run continuously to maximise uptime, which would have enabled the students to print multiple models.

Unfortunately, the team were unable to use the Ultimaker to make a prototype Acrylonitrile Butadiene Styrene (ABS) model due to the coronavirus pandemic. However, the Ultimaker printer was vital in helping educate the Exeter Team on how a 3D printer worked and it also helped inform discussions on scaling the manufacturing process. 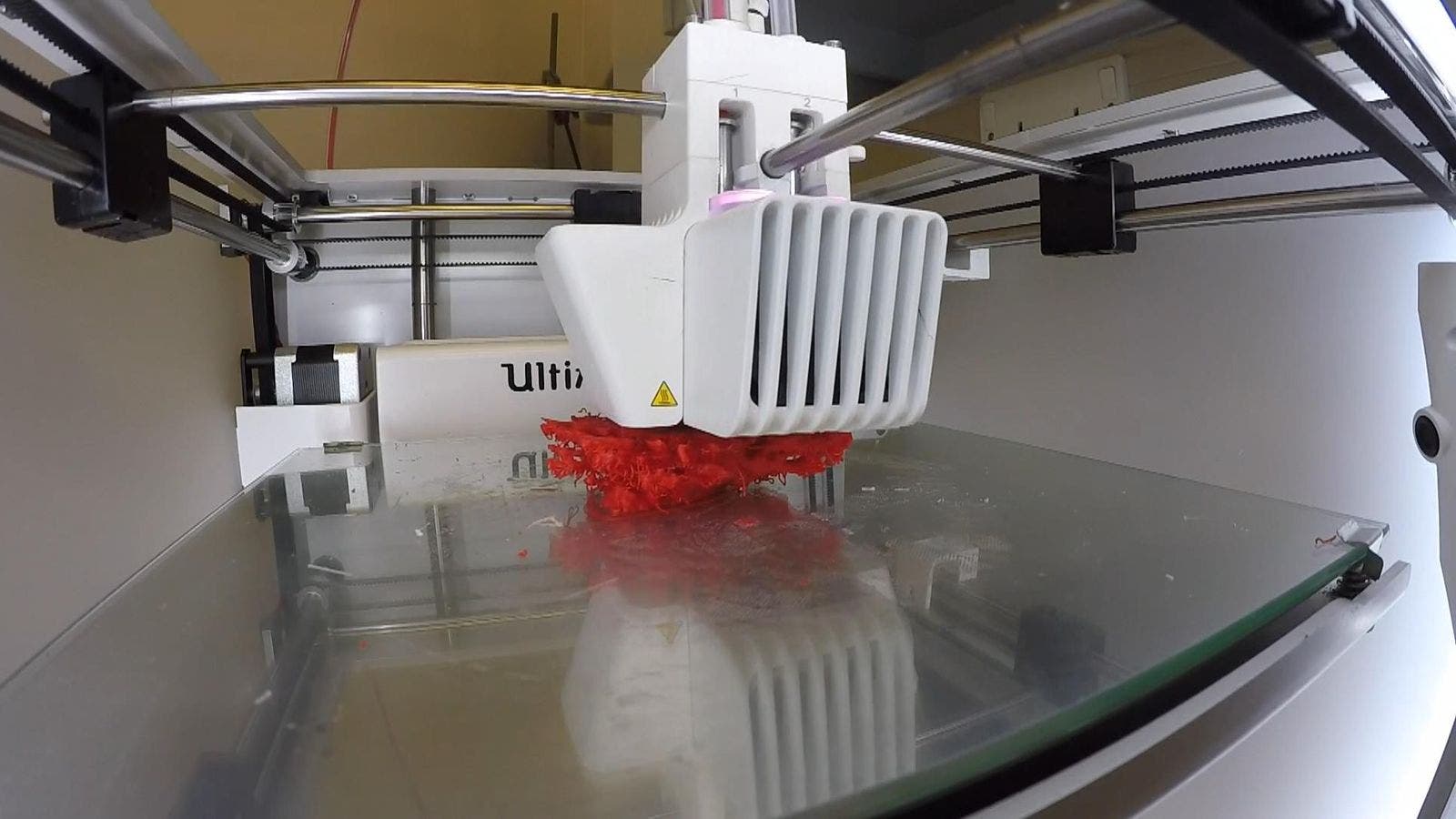 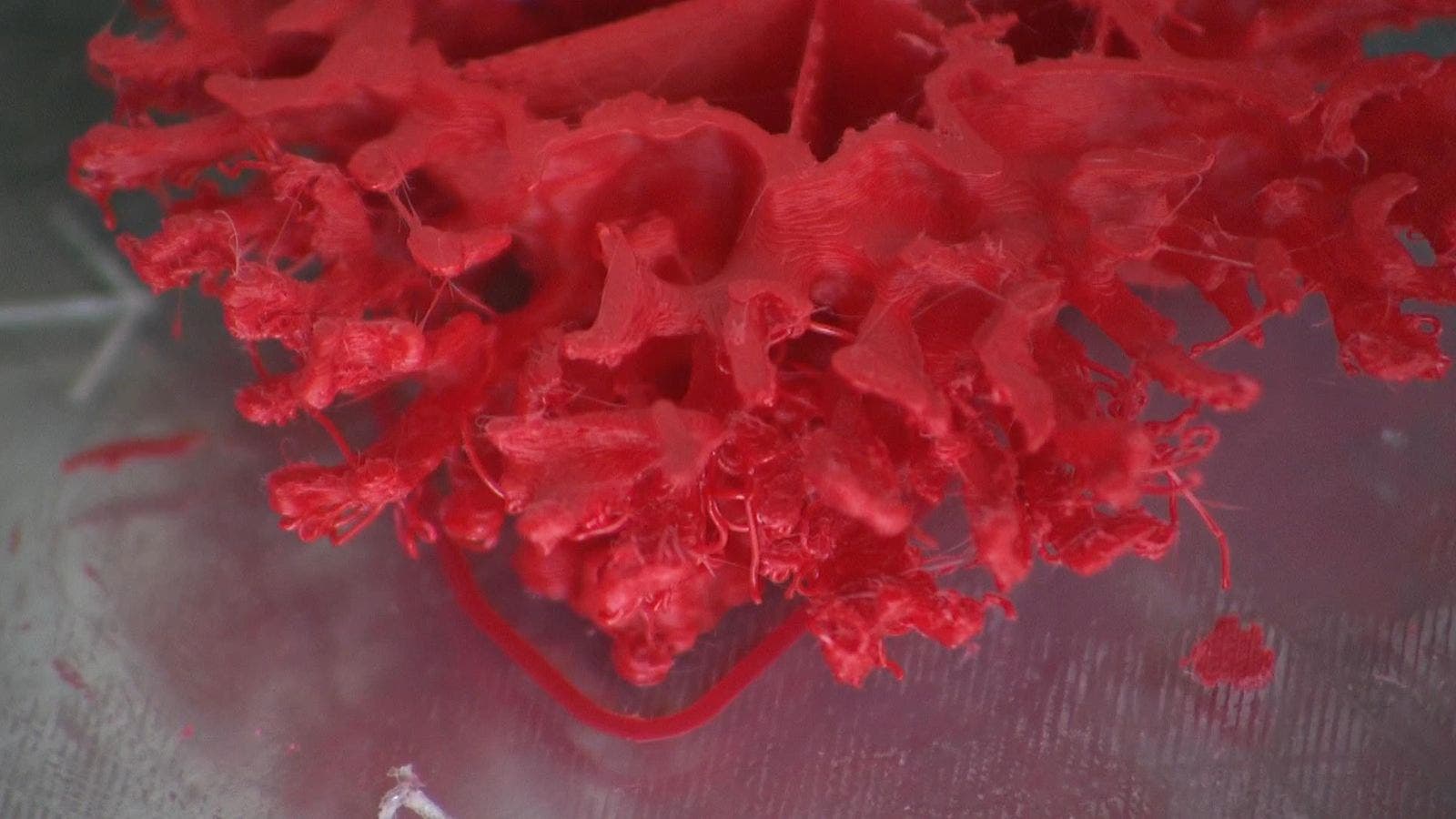 Climate change is a complex problem but doing nothing is not an option. Dead coral reefs are a physical manifestation of global warming. Whether you believe global warming is a natural phenomenon, man-made, or both, it does exist, it is happening, and we should do all we can to slow it down even if it means thinking outside the box.

The world has lost roughly half its coral reefs in the last 30 years and it’s estimated that 90% of coral reefs could be dead by 2050. If 3D printing can slow down this process, we can think of no better use of the technology today.