3D printing is without doubt one of the most debated topics in the technology space right now; is it the future of consumables? Will we, one day, be able to print a new car in our garage within just a few hours? These and many more questions draw plenty of discussion. But do you know what doesn’t? Pancakes. Yes that’s right – pancakes. As in, those delicious, golden brown and dreamily fluffy things you fry up in a pan. I think we’ll all agree that they are the king of breakfast or indeed any meal of the day. 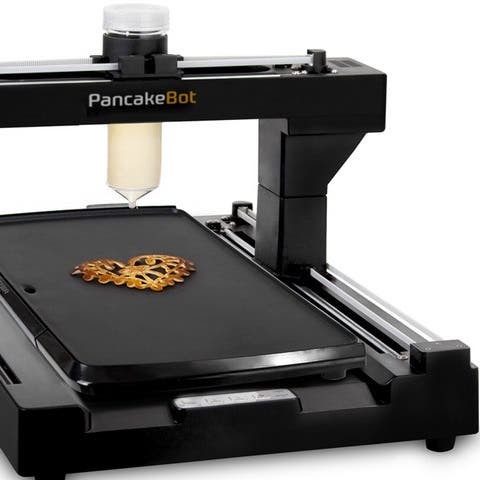 I haven’t digressed, seriously. For you see, there’s a new 3D printer that’s come out and it uses batter as the filament. Yes you read that correctly. It’s called the PancakeBot and it has a griddle as the build platform and a pipette as an extruder. It’s very much a crazy machine, but we like a bit of crazy every now and again. It keeps us going on the duller days.

The PancakeBot is the brainchild of a man called Miguel Valenzuela. Valenzuela originally made a machine that could extrude batter onto a griddle from a digital file out of LEGO for his two young daughters, so that they could enjoy their pancakes a little more. But seeing the success of his invention, he wanted to go further, and the development of a 2.0 product started. What you see below is the finished product – the world’s first 3D printer that uses pancake batter for the filament, a griddle for the build platform and a pipette as an extruder.

Valenzuela showed off his original printer design at the San Mateo Maker Faire in 2014 to much interest, but to bring the product to market, he needed help. Shortly after this, he partnered with product innovation company StoreBound and now, a year and bit later, the PancakeBot is available to buy. If that isn’t an inspirational story, we don’t know what is.

The machine itself is patent-pending and included in the package is everything you need to get started – bar the ingredients for your pancake batter. The way you send a design to print is simple; you load any image you like into the PancakePainter software and trace over the image with your mouse. The first lines you draw are the ones that will be printed first, the second lines will be printed second and so on and so forth. That’s how you determine the shading on the pancake. Once you have finished tracing over your image, you save this file to an SD card, pop it into the PancakeBot and press go. The PancakeBot will then start extruding pancake batter onto the hot griddle, layer by layer, until your design is complete.

Here, we can see the PancakeBot in action: 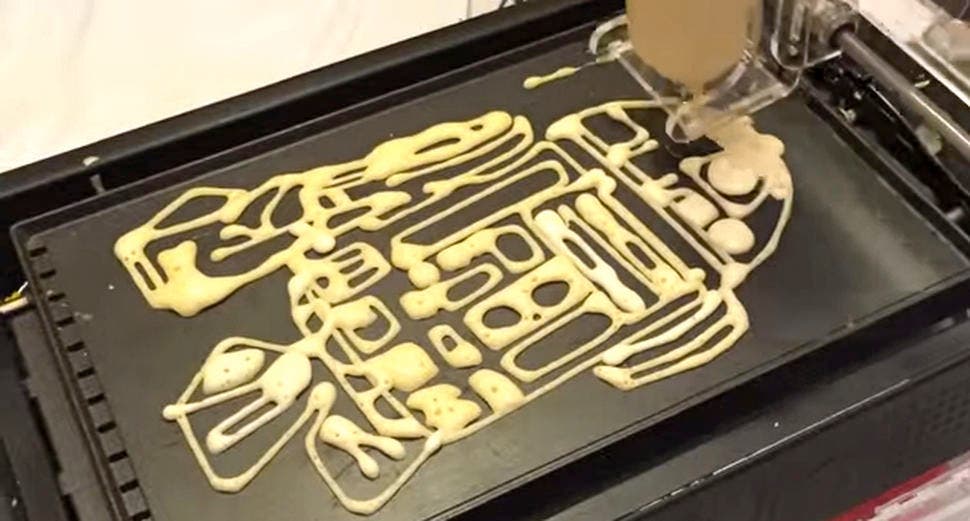 And here, we can see a finished pancake: 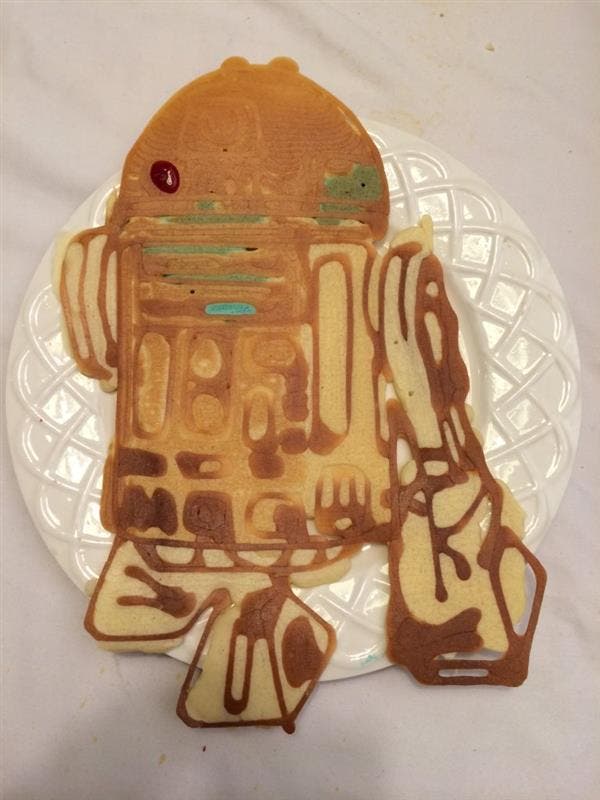 The detail that the PancakeBot can capture is actually rather incredible. There’s obviously no layer resolution specifications to throw around here, and finished pancakes are obviously not 3D (they are flat, like a pancake!), but nevertheless, this is one cool piece of kit and we can see people having a lot of fun with it.

Sadly, getting your hands on a PancakeBot isn’t going to be easy – unless you are in the US or Canada, in which case you can bag one for $299.99 directly from the PancakeBot website. Orders for the UK and Europe are not yet available. So, the frying pan will have to do for now if you want to make pancakes (boo!).