For many jewellers, 3D printing is a new concept. For others, the idea of printing jewellery prototypes in-house, at minimal cost, has appealed for some time. Some even adopted the technology early, however just a few years ago the technology wasn’t accessible or consistent enough to cater to those without an industrial-size budget.

For these jewellers, 3D printing left a bad taste. But, as with many things in life, sticking with it brings reward, something Ian Davidson of Davidson Jewels of Calgary, Alberta, found out. 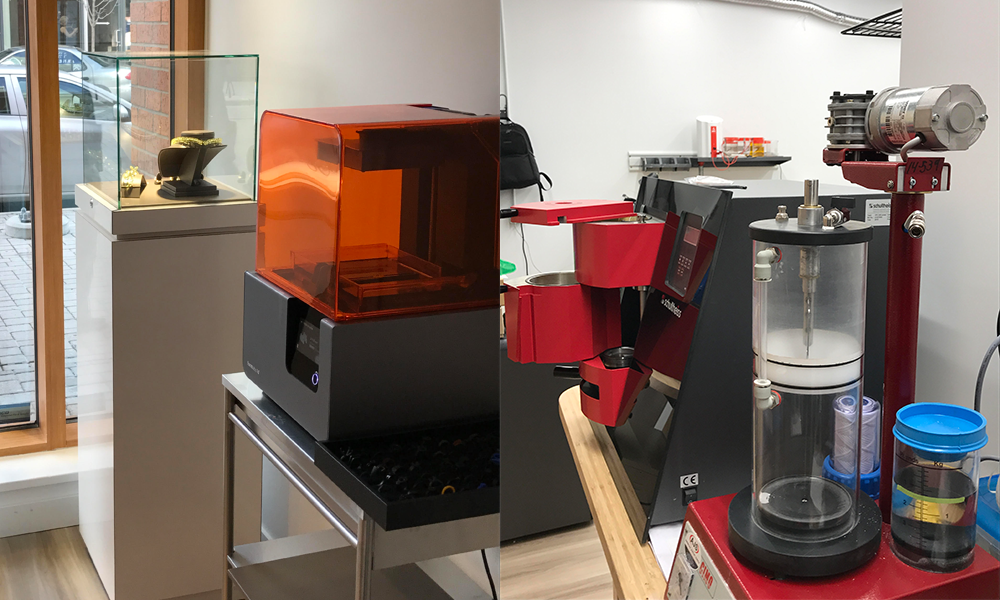 As an early adopter of 3D printing, designer Ian Davidson found the technology exciting but ultimately devoid of value. The reason? It was hard to get good, consistent prints. Thankfully as time has gone on, new technologies have emerged that meet the challenge. The prime example being Stereolithography in a desktop-size format. Ian invested in a Formlabs Form 1+ a few years ago and now runs a Form 2, which he proudly keeps at the front of his studio.

“The Form 2 has the biggest “cool” factor for my customers,” explains Ian, “They have all heard about 3D printing and how it’s going to change their lives but have never seen one. The Form 2 is in the public area of the studio and it gets a lot of attention.”

Of course, the “cool” factor of 3D printing isn’t enough to warrant its continued presence in Ian’s studio. It has to also have a “value” factor. To this end, the Form 2 excels. “A dream came true when I purchased a Form 1+, “said Ian about 3D printers. “It was a true plug-in and print at a great price, and the same goes for my Form 2, which is even more consistent.” 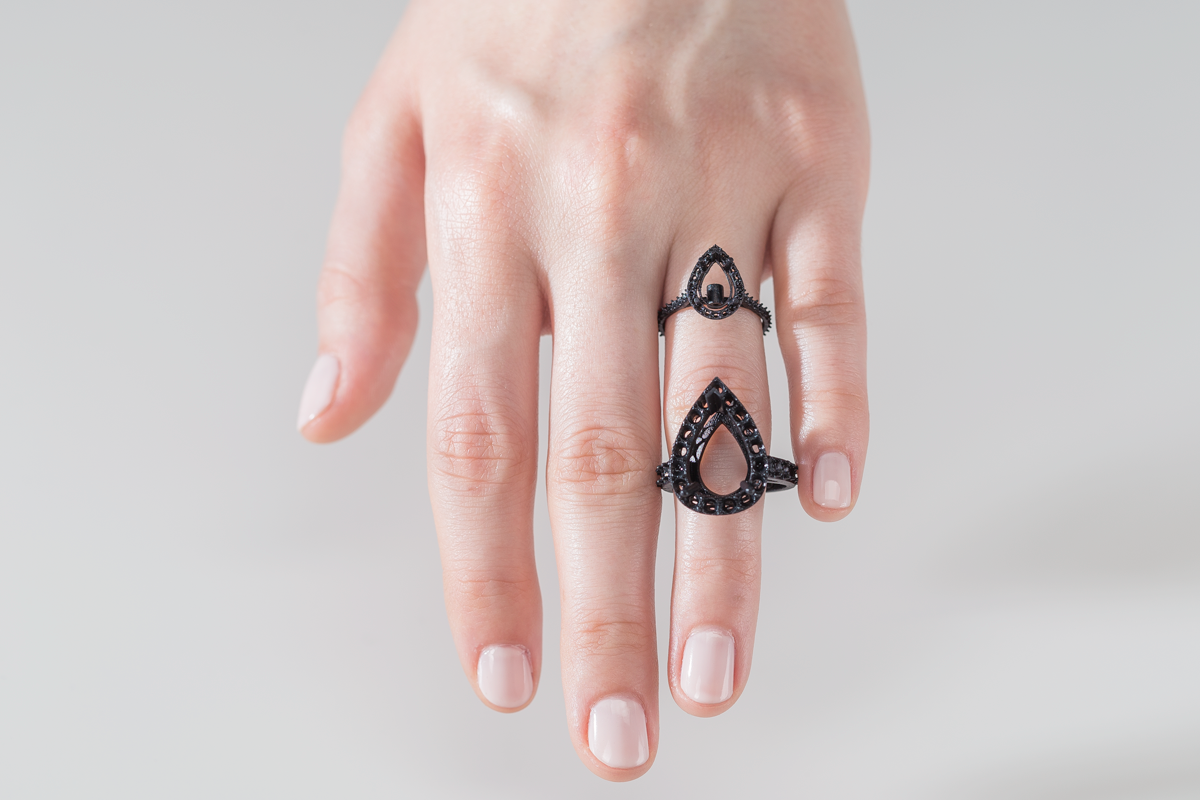 Ian uses his Form 2 to 3D print proofs of concept for customers. He also uses 3D printing to manufacture functional prototypes, which his customers can take home with them. Perhaps his most important use for 3D printing however lies in casting. Ian is now able to 3D print castable models in-house and burn them out cleanly. He simply follows Formlabs’ burnout instructions, which offer great results comparable to traditional casting methods.

“In the beginning, I used 3D printing as a proof of concept tool with my clients. After getting approval, I would send an STL file to an outside service bureau to be grown again and cast. Today, I do all of that in house. The biggest problem I faced moving from prototype to production was curing the resin. Resin that is cured properly makes casting easy.”

For prototyping and creating functional proofs, Ian uses Black Resin, a unique material that’s designed to show fine detail and create dimensionally stable parts. “I like using Black Resin to help my clients see exactly what their new piece is going to look like. If they are going to take the model home to share it with their partner or think further on the design, it’s hard, durable, and wearable.” In the image above, you can see how Black Resin is used.

Jewellers and designers can benefit from 3D printing in a variety of ways. From a shorter time to market to design freedom, there are several real-world benefits. For more inspiration, check out our latest case studies.