The Zortrax M300 bills itself as a large-format desktop 3D printer, and it certainly lives up to its billing on the spec sheet with a roomy 300 x 300 x 300 mm build volume. But how does that build volume translate to the real world?

To answer that question, Zortrax recently took on the challenge of 3D printing non-mechanical Triumph Daytona parts in 1:1 scale, so that they could re-engineer the bike and refit it with 3D printed parts.

The first and most basic goal of this challenge was to test the prototyping capacity of the M300, with a secondary goal of testing the way in which it can speed up the prototyping process. Zortrax also wanted to see if the M300 could accurately manufacture parts for a motorcycle, make them match, and produce parts that wouldn’t look out of place on the real thing. 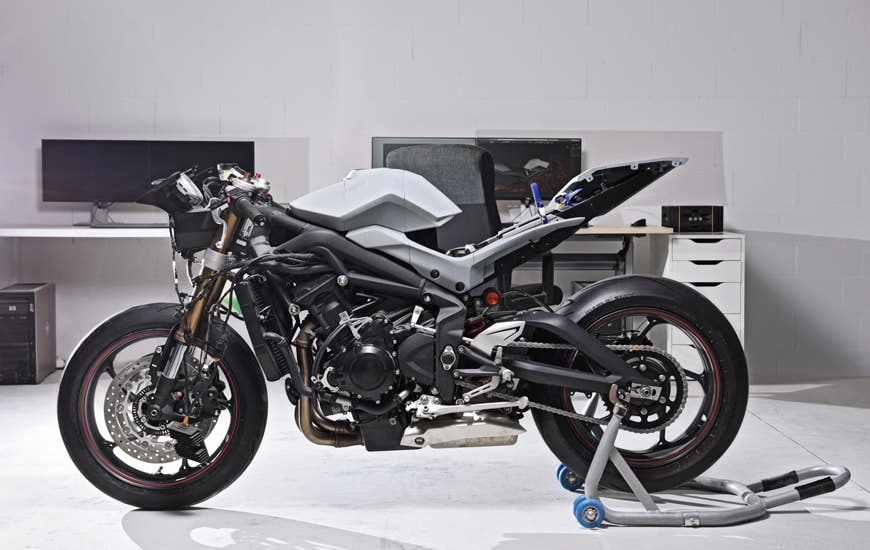 And here’s the re-engineered Daytona by Zortrax: 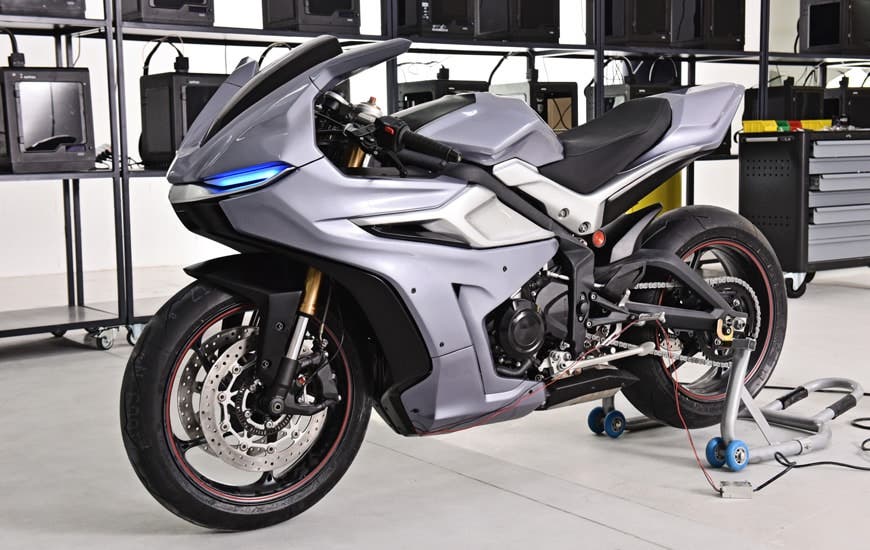 As you can see, Zortrax covered up some of the naked shell and created a chisseled, angular Daytona. It’s aggressive yet refined, and the Zortrax engineers behind the project had lots of fun.

The process started with disassembling a real Triumph Daytona to separate all the cosmetic parts from the mechanical. The Zortrax team then decided which parts they wanted to 3D print. In the end, they decided on the casing, fairings, seat, windshield, lights and mirrors, to give their machine a unique appearance without taking away the Triumph’s aggression.

Zortrax used a 3D scanner to accurately log each part’s dimensions. “This option is really convenient as the scanner recreates the object by using a mesh of connected points, which can be easily transferred into Z-SUITE software and converted into a printable model.” Zortrax explained in their case study blog post. 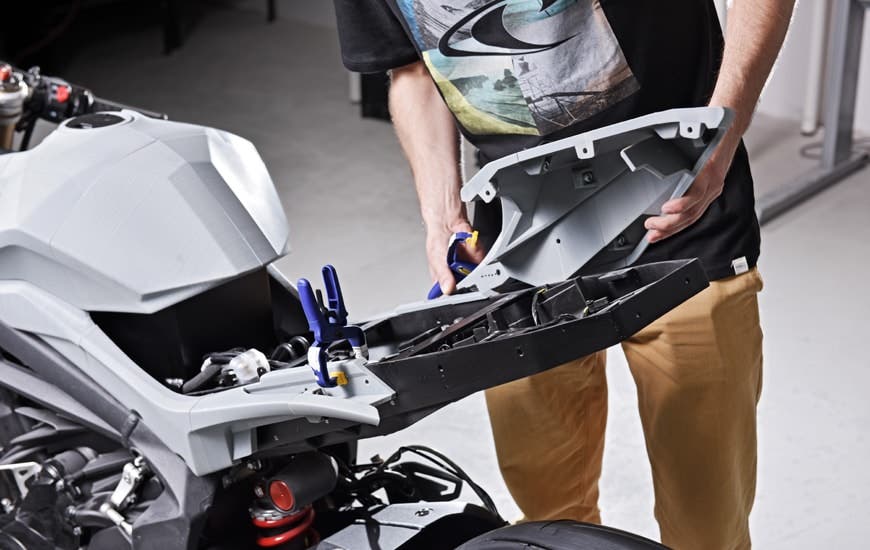 With the 3D scanning complete, the team could have some fun with the parts and redesign them in software. Zortrax wanted to reshape the parts rather than reproduce them, to give their Triumph Daytona a unique appearance. For this, the team used 3D drawing software to change the shape of the parts, while maintaining their snap points so that they would still fit together perfectly. Once the team had decided on the best designs, they were sent to print.

Thanks to its enormous 300 x 300 x 300 mm build volume, the Zortrax M300 was able to 3D print all the Triumph Daytona’s parts including the large casing elements. However, due to the amount of individual parts required, the print process took a while. On this, Zortrax said: “We have to admit that the printing process of 3D printing such a large vehicle together with assembling took us a whole month. Still, we think that that’s a really good timing taking into account the size of the model and the whole amount of work we had to do.” Zortrax also admitted to using a few M200 3D printers to produce smaller parts.

Although the 3D printed parts were accurate and of a high quality, some of them did require polishing and painting to bring them up to specification. The casing, for example, was sanded, polished, primed and painted. In addition to sanding prior to painting, Zortrax also saw fit to use a body filler on some parts to fill in all the micro-gaps. This allowed the team to eliminate all surface imperfections and create smooth, retail-worthy parts.

Here’s a part being sanded: 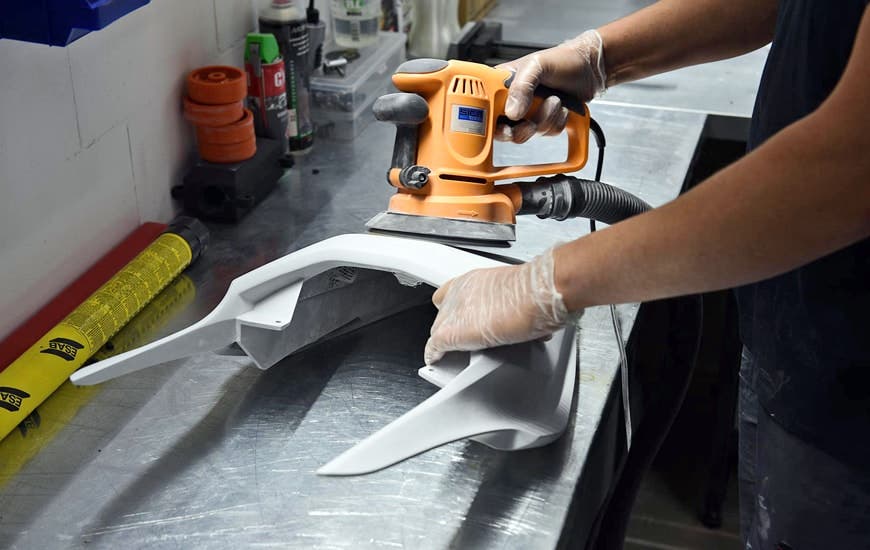 And here’s the same part being primed: 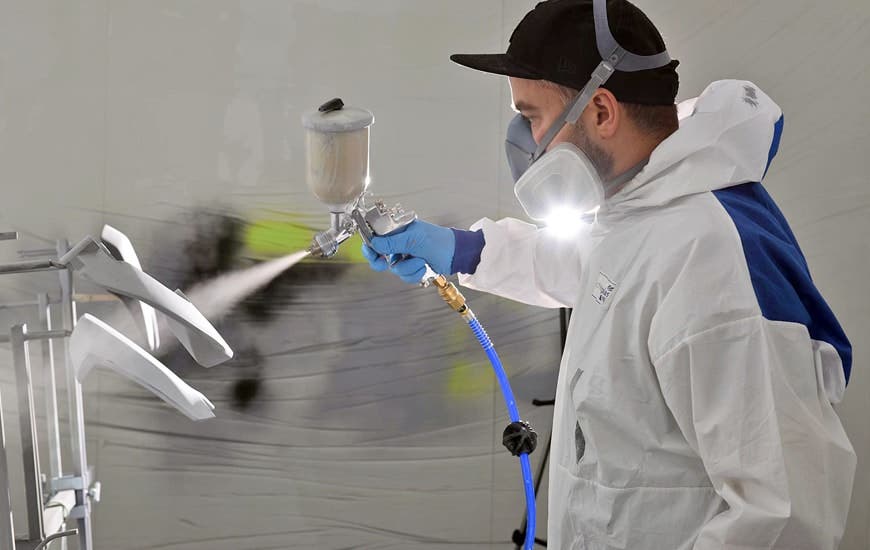 As you can see, a lot of effort went into manufacturing the highest-quality parts for this project. After a month of constant work, the redesigned Triumph Daytona was ready for action; the team had re-engineered many cosmetic parts including the casing, fairings, seat, windshield, lights and mirrors. Here’s the finished product:

To find out more about this project, please visit the original article on the Zortrax website.