A navy veteran who served in the Vietnam War was left without a jaw or Adam’s apple after brachytherapy destroyed his facial tissue. But with the help of digital scanning and 3D printing, Shirley Anderson now has a life-changing prosthesis.

Shirley Anderson met his wife, Della, at high school in Evansville, Indiana. After serving in the navy in the Vietnam war, Shirley worked as a mechanic and Della as an administrator. They had two children. Their lives were typical of many American’s living through the 70s and 80s. However, their lives were turned upside down in 1998, after doctors discovered a cancerous lump on Shirley Anderson’s tongue.

The years following this discovery were a nightmare for Shirley and Della. Doctors put a radium implant in Shirley’s jaw, in the hope that brachytherapy would treat his cancer, but the implant went on to destroy his facial tissue. To counteract this, surgeons removed Shirley’s chest muscles to recreate his lower face, however the treatment failed. In the end, Shirley was left without a jaw, and years of medical treatment had stripped him of his normality. Now cancer free, Shirley would wear a surgeon’s mask in public to hide his lower face. He could not eat solid food; and he lost 80 pounds in three months. 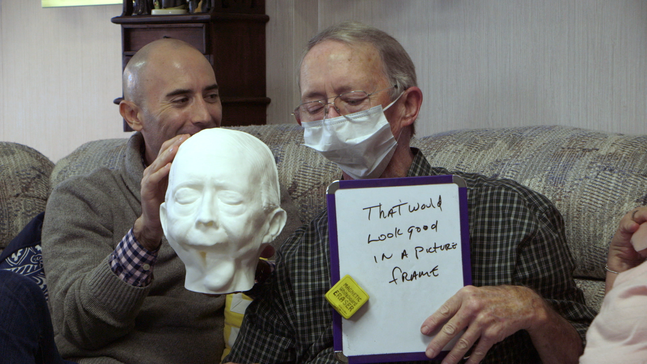 The Anderson’s luck turned in 2012, however, when they met Dr. Travis Bellicchi of the Indiana University School of Dentistry. Dr. Bellicchi – a specialist in maxillofacial prosthetics – agreed to create an artificial jaw for Shirley, however the challenge was massive. Shirley required a prosthesis that was some four-times larger than anything IU had made before.

What followed was trial and error; and Dr. Bellicchi used traditional plastering techniques to create Shirley’s new jaw. However as Dr. Bellicchi explains, “The traditional process for impression, sculpting, moldmaking, and aesthetic characterization is a laborious task.” The resulting mask was also ill-fitting and extremely uncomfortable for Shirley. The traditional mask-making process also requires patients to breath through a straw for a significant period of time, so that the plaster can set. 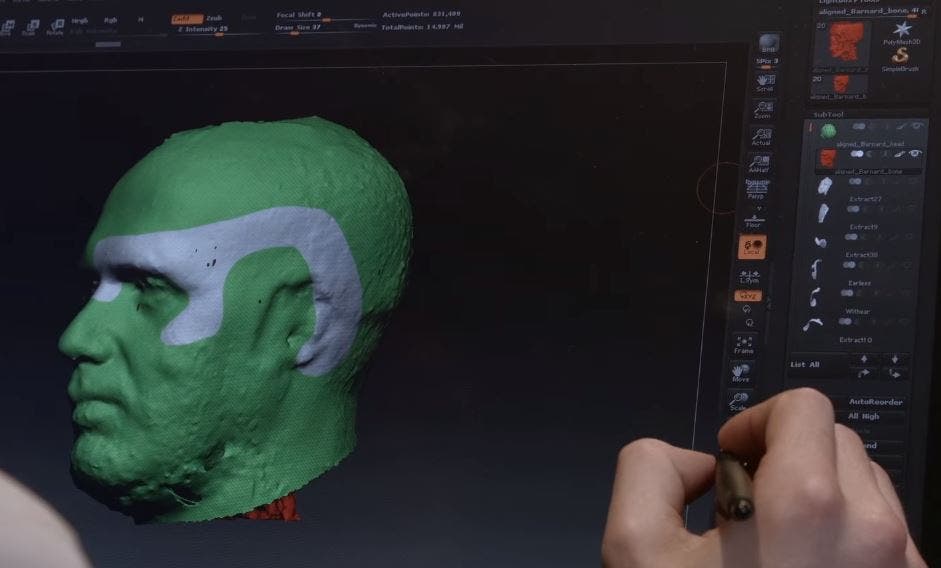 Using state-of-the-art digital scanning techniques, Professor Zeb Wood and Dr. Bellicchi created a digital model of Shirley’s face overlaid with a 3D facial scan. That digital model was then used to design a detailed and well-fitting prosthesis for Shirley, in a fraction of the time it took to design a prosthesis from clay.

Cade Jacobs, the IU student who designed the prosthesis, explains: “They really couldn’t believe how easy it was. They had been struggling to get the same results for a long time when they were using the traditional process.” 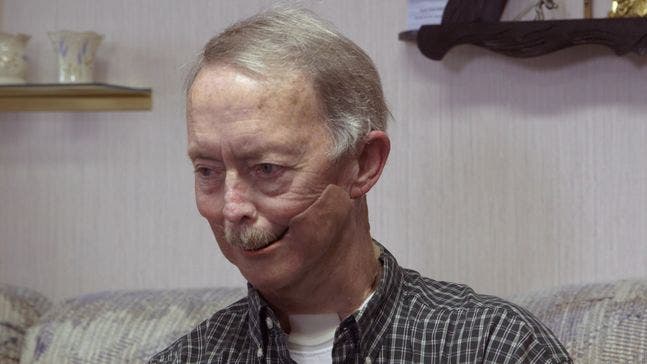 The new 3D printed prosthesis is a significant upgrade over the original. Pore-level detail has been perfectly captured, so it looks more realistic. It is also lighter and more breathable. And most importantly of all, Shirley finds it comfortable and can wear it for a prolonged period of time. The new prosthesis also has a tapered silicone edge that helps it to blend into the skin. 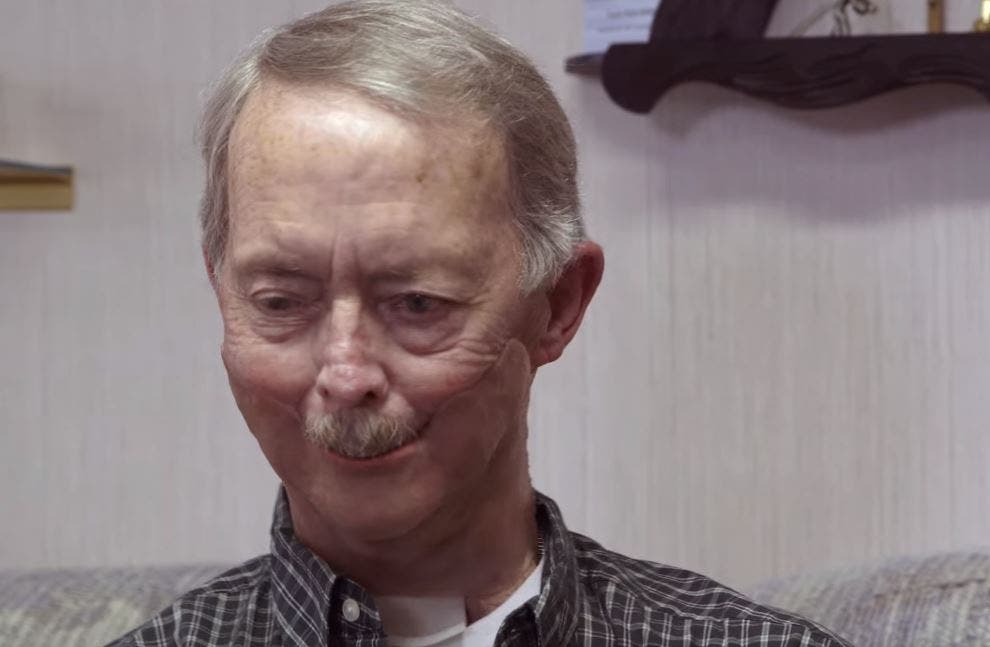 Shirley now has a life-changing prosthesis. He will no longer have to wear a surgeon’s mask out in public. He has his dignity back. But most importantly of all, Shirley’s cooperation in this project has paved the way for other patients who have suffered life-changing injuries to get the same treatment. Six UI patients have already benefited from it, and the UI are seeking new candidates all of the time. “It’s a privilege to have an opportunity to work with a patient like Shirley because Shirley makes the process collaborative.” says Dr. Bellicchi, “Shirley participates in my work to improve his prosthesis. Although it’s likely the most significant challenge I will ever face in my prosthetic career, I think it may be the most rewarding.”

You can find out more about Shirley Anderson here, and we have also embedded the project’s video to help you better understand the process below: