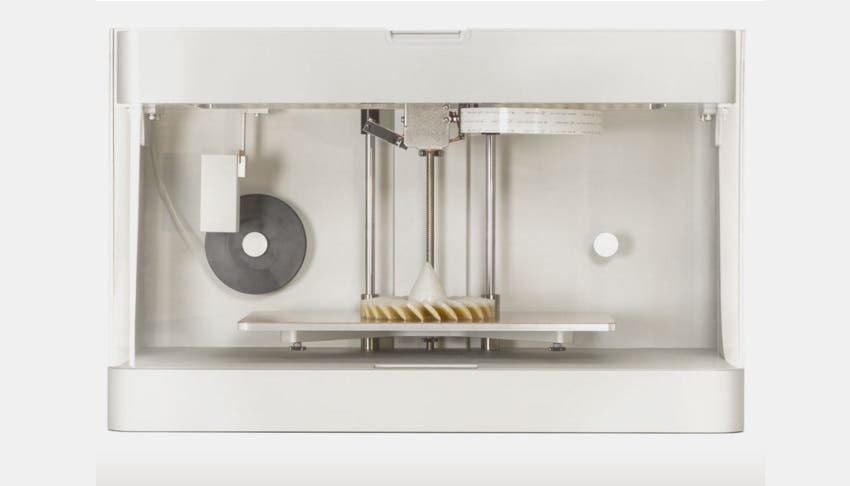 Two years on from launching the Mark One, the world’s first desktop 3D printer capable of printing with fibreglass, carbon fibre and Kevlar, Markforged have launched its successor, the Mark Two.

If you have held off investing in the Mark One 3D printer, then the Mark Two could well be the 3D printer you’ve been waiting for. Print speed and reinforcement for smaller parts were core priorities for MarkForged, whose customer-base comprises engineers in industries including aerospace, aviation, automotive, biotechnology, construction, marine and transport.

Faster, more reliable and more capable than ever.

The Mark Two isn’t just faster and suitable for a wider range of applications than its predecessor, however, it’s also easier to use and more reliable, according to the company. It promises to be the 3D printer all engineers have been missing these last few years – and if it’s anything like the Mark One, it’s going to be incredible.

Here’s everything you need to know about the MarkForged Mark Two:

3D print parts as strong as aluminium 40% faster than ever before.

The Mark Two uses the same Composite reinforcement technology as its predecessor to 3D print parts with the strength of 6061 aluminium, however the extrusion process has been refined to be faster. MarkForged claim the Mark Two is 40 percent faster than the Mark One, which is a considerable increase. 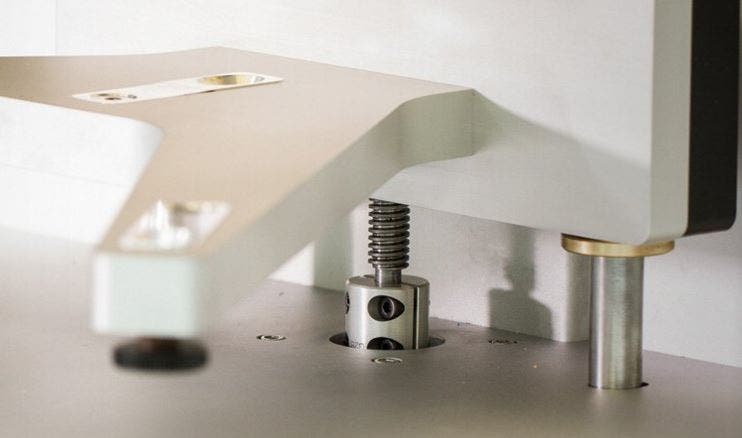 Nylon by itself is a tough and flexible engineering plastic, but once reinforced, it becomes incredibly tough and there’s a composite for all applications. Carbon Fibre offers the highest strength-to-weight ratio and the highest thermal conductivity; Kevlar offers the best abrasion resistance and the best impact resistance; Fibreglass offers the best strength-to-cost ratio and the best electrical insulation; and high temperature Fibreglass allows your print to withstand temperatures up to 140°C . So the Mark Two isn’t just for prototyping; it’s for end-use parts as well.

With the Mark Two, you can reinforce parts 15x smaller than before.

The Mark Two’s stand-out feature is its ability to reinforce features 15 times smaller than before. Parts are still incredibly detailed, with the Mark Two able to print down to a layer resolution of 0.1mm, but you can now add reinforcement to parts as small as a few mm in diameter. This is a dramatic upgrade over the Mark One, and it means you can replace smaller aluminium or brittle plastic parts with robust reinforced 3D printed parts. Combine this with the Mark Two’s speed increase, and you have a 3D printer capable of transforming your production processes overnight.

“The more extensive reinforcement of our new MarkForged printers allow us to 3D print even stiffer and stronger parts,” explained Charles Su, Applications and Control Engineer at Brooks Automation. “The software also automatically strengthens more of the parts we throw at it, especially smaller and more detailed parts. We can make them lightweight, we can make them very stiff, and it’s basically a cost-effective overnight operation. In both R&D and production, nearly every day brings a new opportunity to quickly replace machined aluminium or brittle plastics with robust reinforced 3D prints.”

In addition to all this, the Mark Two also enjoys the same pause-and-play functionality as the Mark One. So you can pause the printing process at any time to add electrical components to your parts.

There are three different Mark Two Models to choose from. These are Standard, Professional and Enterprise. Enterprise is a actually a new addition – the Mark One was only available in Standard and Professional. The Enterprise model is the most expensive, but it’s also the most capable and probably the best value too.

The Standard model can print nylon, fibreglass and carbon fibre. It comes with 1000 cm3 of nylon and 50 cm3 of fibreglass, and 1 set of extra nozzles.

The Enterprise model can print nylon, fibreglass, carbon fibre and Kevlar, as well as high-temp fibreglass, thanks to a special extruder that can print fibre materials with a heat deflection temperature of 140°C. This model comes with 2000cm3 of nylon, 200cm3 of fibreglass, 100cm3 of carbon fibre and 100cm3 of Kevlar and 3 sets of extra nozzles. It also has boosted security and admin features, such as two-factor authentication and an admin portal. You also get early access to new features.

All models use MarkForged’s home-grown software, Eigar. Eigar is a browser-based software, so it’s compatible with practically all machines. Eigar also automatically reinforces parts with fiber to maximise strength.

Find out more about the Mark Two today.

To find out more about the Mark Two 3D printer, Talk To Us on web@goprint3d.co.uk or give our team a call on 01765 540 115. In the meantime, here’s the official specifications:

Here, you can relive what the original Mark One was all about: