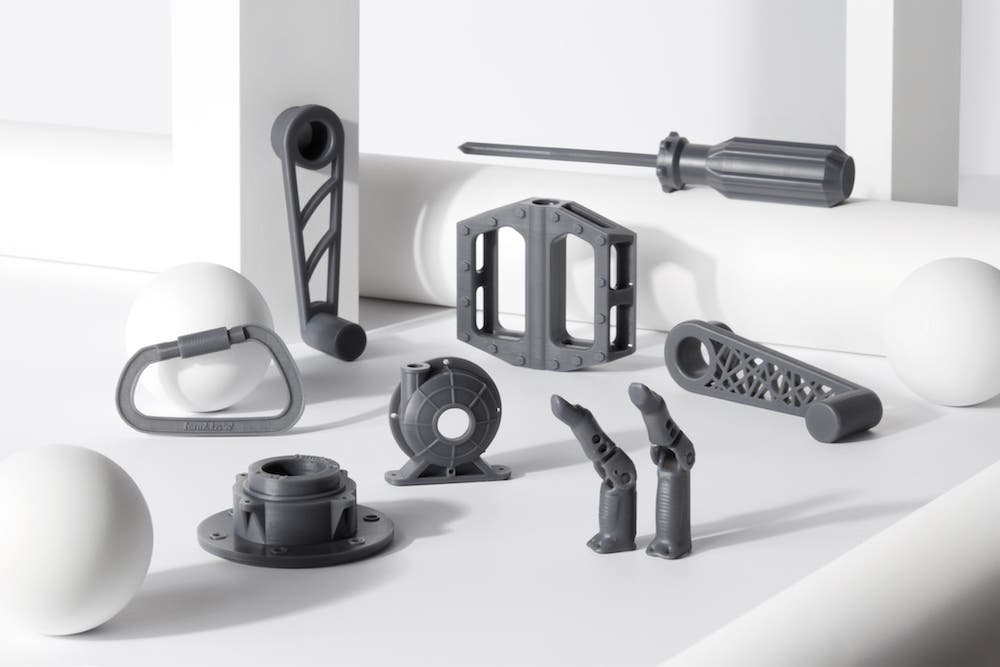 Formlabs has today added a new resin to its engineering range – Tough 2000 Resin.

Tough 2000 Resin is the official replacement for Tough Resin in the Formlabs material library. It’s easily distinguished from its predecessor by its dark grey colour, with the original Tough Resin being blue (see image below). 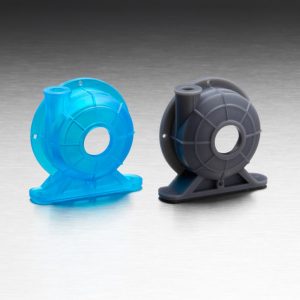 It is the strongest and stiffest material in Formlabs’ family of functional resins.

Comparing the new resin and old one, Tough 2000 Resin is stronger, stiffer and less brittle. It has increased flexural strength and flexural modulus by roughly 15% and an increased heat deflection temperature by roughly 25%.

Simply put, Tough 2000 is stronger, stiffer and less brittle than its predecessor even at higher temperatures. This is quite an achievement because these values do not typically go up when you increase one or the other. What Formlabs has managed to do is formulate an upgrade over the older Tough Resin across the board.

What is it for?

Because Tough 2000 Resin is the strongest and stiffest material in Formlabs’ family of functional resins, it’s the best choice for making resilient prototypes and manufacturing end-use parts that will undergo wear and tear.

You can also machine Tough Resin 2000 after post-processing.

Now, those of you who are clued up with Formlabs resins will know that the company recently launched Tough 1500 Resin as well. While the two materials can function in the same applications, they are better suited to different applications.