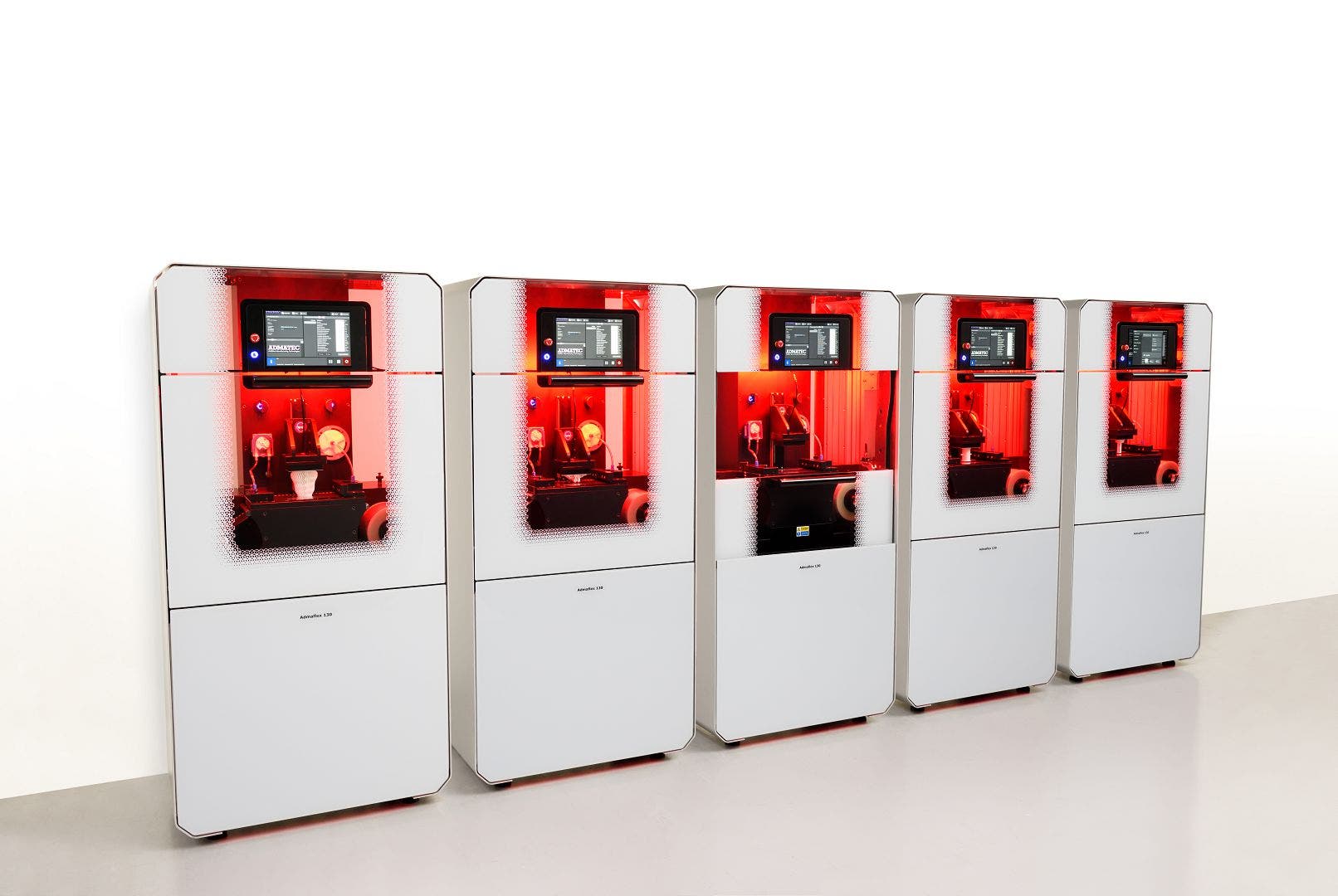 We are delighted to announce an all-new partnership with Admatec, developer of the world’s first ceramic DLP 3D printer. The new partnership sees GoPrint3D become the first authorised distributor and reseller of Admatec 3D printers in the United Kingdom.

Admatec launched their first ceramic 3D printer, the Admaflex 130, in 2016. It was born from a collaboration with Energy Center Netherlands, who conducted studies into ceramics production. Admatec was the first company to introduce job services for high-dense ceramic components, offering their patented ADMAFLEX technology as a service. The Admaflex 130 brings that technology to the public for the first time.

The patented ADMAFLEX technology is ingenious. It has the potential to revolutionise the technical ceramics industry. It uses an adapted form of DLP (Digital Light Processing), a competitor to Stereolithography. In the Admaflex 130, each layer of material is projected and cured by an in-built DLP light source. The resin is moved on a tape casting system to the printing area, one layer at a time, where it’s printed and cured.

The technology is fast (offering print speeds up to 20-25mm p/hour) and creates accurate, true-to-design ceramics that are fully dense to >99%. No other 3D printer on the market makes ceramics in this way.