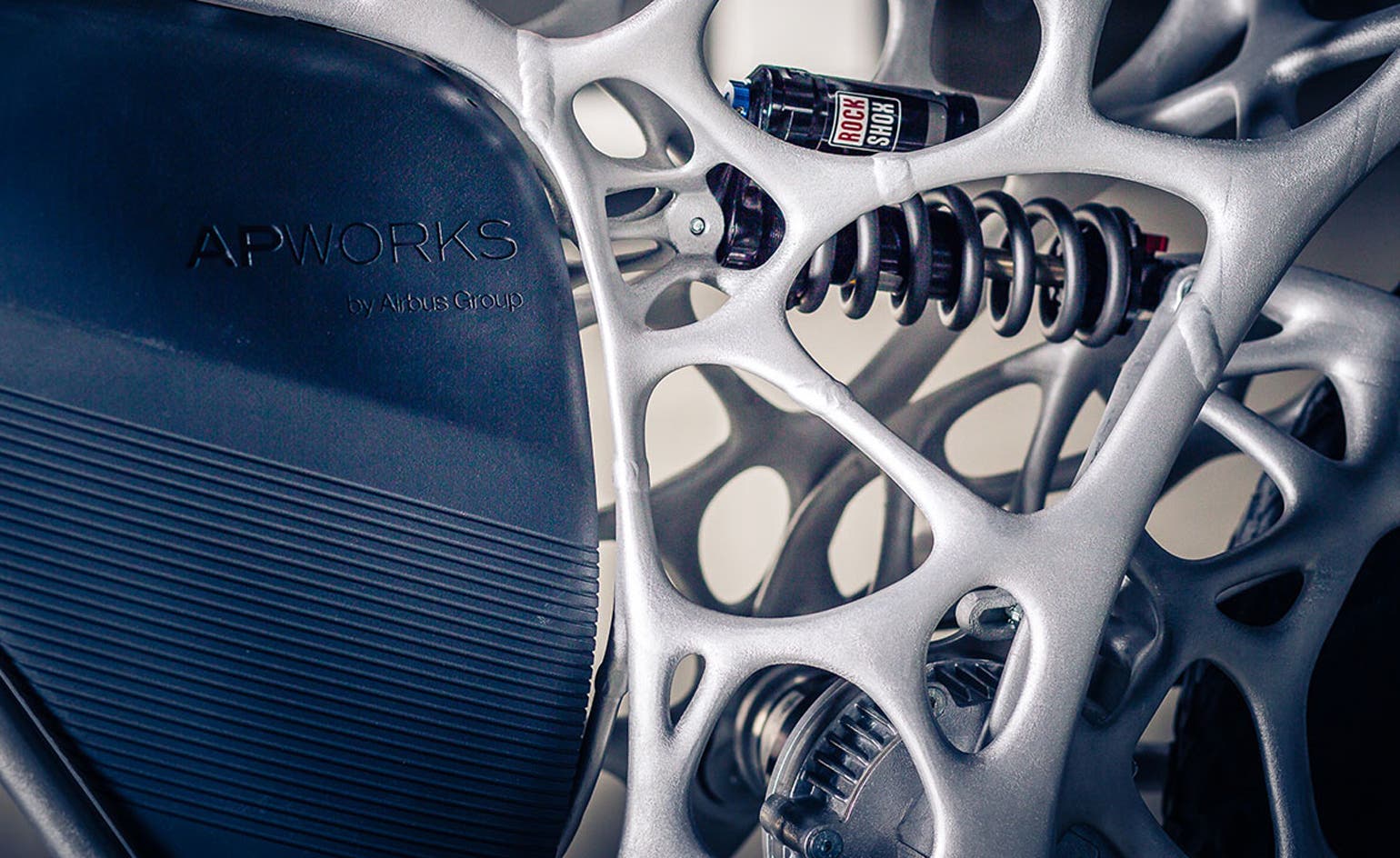 In this article, we take a look at the APWorks Light Rider, an electric motorcycle that looks more like an organic exoskeleton than a machine – and the 3D printing process behind it.

When many people envision 3D printing in the future, they envision something extraordinary, such as the ability to buy a car or a motorbike online and 3D print it themselves. We are of course some way away from such a feat, however the processes and technologies required to do this are getting there. Ford, for example, has been 3D printing auto parts for several years now and Nissan are using 3D printing to manufacture parts for their race cars.

It’s all very exciting. Indeed, the automotive industry is undoubtedly one of the key benefactors to 3D printing. So we were extremely impressed when we came across the news that Airbus, a manufacturer of planes and helicopters and other cool stuff, had used their 3D printing know-how to create a motorcycle. But not just a standard motorcycle with a few 3D printed parts – a motorcycle with a completely 3D printed frame. The best part? It looks amazing. Oh, and it’ll go on sale.

Here’s what we’re talking about:

Developed by Airbus Group subsidiary APWorks, the Light Rider features a frame that’s completely 3D printed from Airbus’s second-generation aluminium-magnesium-scandium alloy, Scalmalloy®. This material has been engineered for high strength with it being touted as twice as strong as aluminium and far more resilient than the aluminium-silicon powder traditionally used in metal 3D printing. Airbus sees this as the ideal material for a motorbike frame, and we’d have to agree. It looks stunning while offering the strength and rigidity a motorcycle needs.

To create the frame, Airbus created an algorithm that relied on organic shapes to reduce material wastage, and to also ensure that all the bike’s components could comfortably fit inside. As you can probably tell from the frame’s design, traditional metal manufacturing techniques wouldn’t have been able to achieve the same curves and structure so 3D printing was the perfect choice. Each part of the frame was printed at a 60 micron resolution using as-yet unnamed 3D printers. The frame itself has a very high strength-to-weight ratio – it weighs in at a paltry 6kg (13 lbs) and the whole motorcycle only weighs 35kg (77 lbs), yet the frame has a better strength-to-weight ratio than aluminium. Now that’s what we call progress. 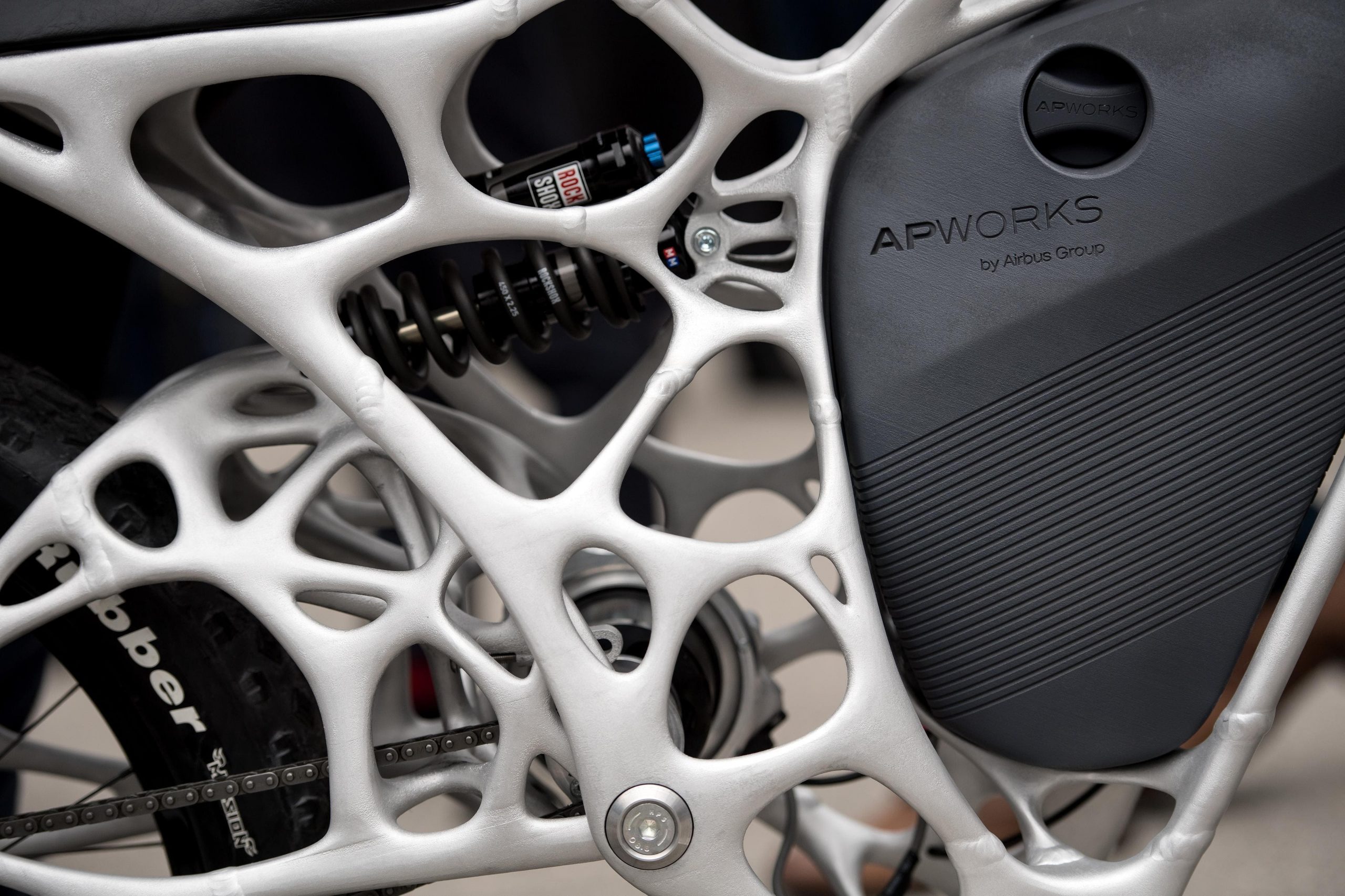 In terms of specs, the Light Rider is an electric motorycle with a 6 kW motor and a battery pack. The battery is user swappable and it’ll last 37 miles on a single charge. The top speed is rated at 50mph and it’ll accelerate from 0-28mph in just 3 seconds.

For anybody clued up with electric bicycles, these specs are hardly spectacular really. The Light Rider is down on range compared to the best electric bicycles and it’s down on speed too. The draw here is that it looks so damn fantastic and uses 3D printing in its design. If that sounds like something you’d like to buy into, the good news is that it’ll go on sale soon. The bad news is it’ll cost you an arm and a leg – literally – because the announced price is $56,000 USD. Ouch.