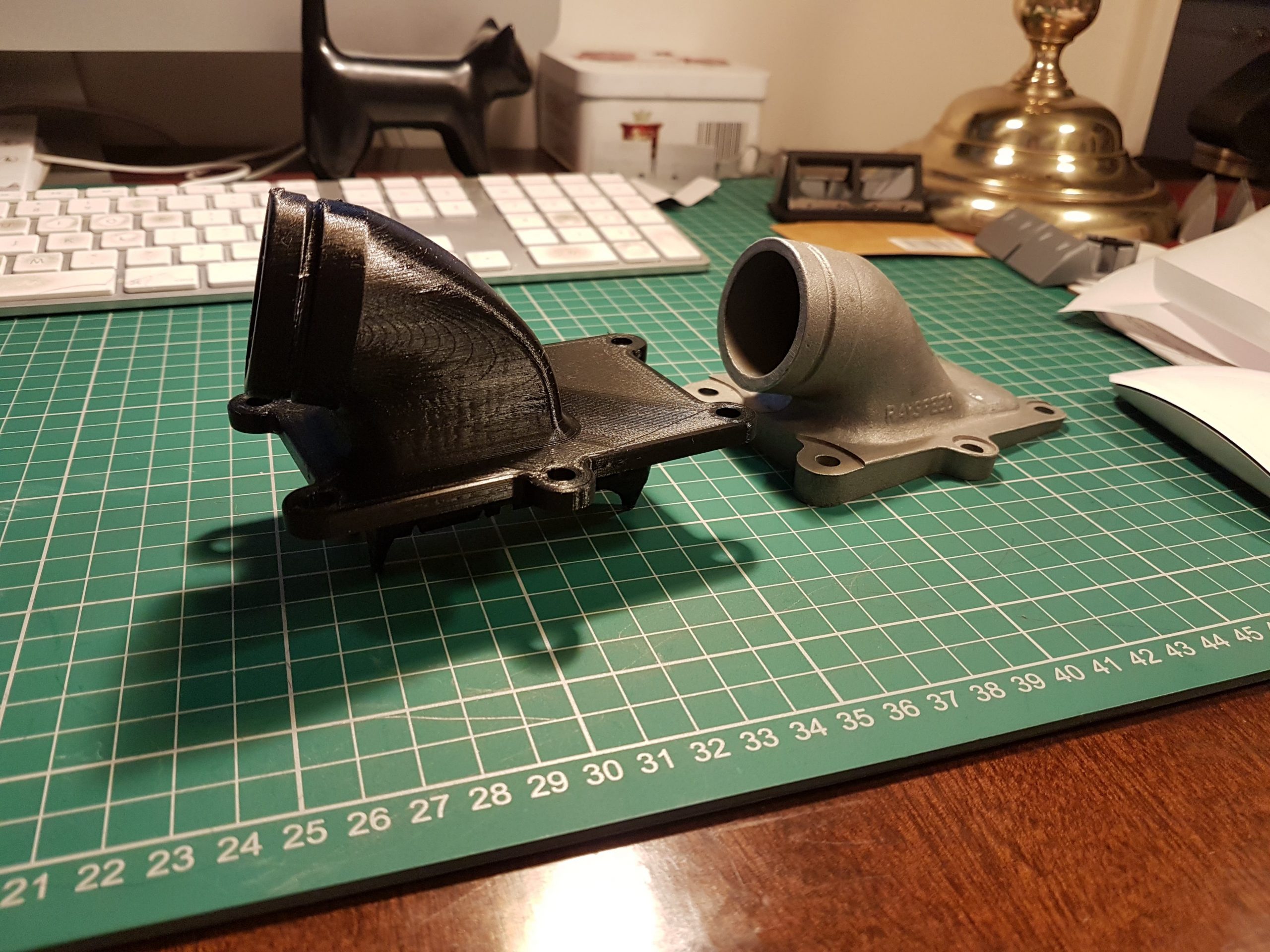 With the help of the Ultimaker 3 3D Printer, AF Rayspeed Ltd restores, customises and tunes Lambrettas. 3D printing has enabled the company to develop new parts for Lambrettas, to improve reliability and power output whilst keeping the original charm of the bikes intact. 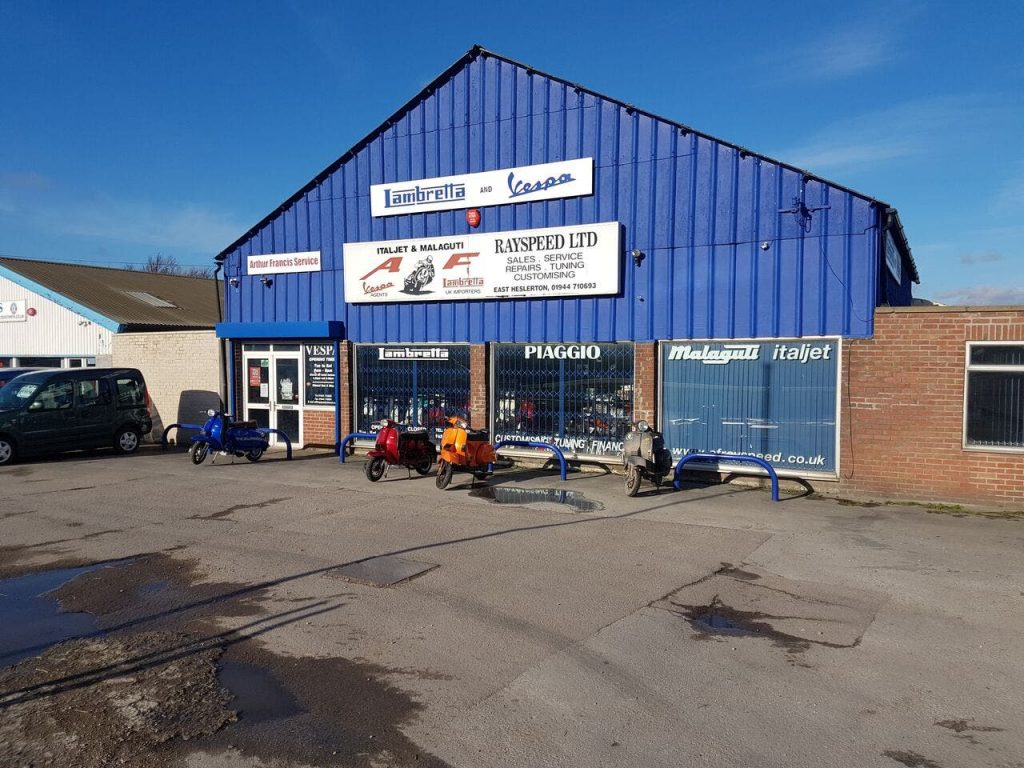 AF Rayspeed Ltd specialise in the restoration and customisation of Lambrettas. They have been operating for more than thirty years, and in that time, they have worked on thousands of Lambrettas, from the 1952 D and 1958 LI 125, to the 1967 125 Silver Star and 1969 GP 125. Going beyond regular maintenance, repairs and resoration, AF Rayspeed Ltd also develop new parts for Lambrettas – these include replacements for discontinued parts, and all-new parts that improve performance. The company’s first ‘S’ types began in 1964, and with the help of 3D printing, they have been able to take the development of new parts, such as cylinder kits that convert 150cc engines to 200cc engines, to another level.

The Lambretta scooter is an icon. An Italian brand, the Lambretta company was founded in 1947, and during its 25-year reign, produced some 35 recognised models – you’ll have probably heard of the 1969 GP, and the 1968 VEGA 75. Lambretta stopped making scooters in the early 70s, which is when Lambretta scooters started to be made under licence by the likes of Fenwick, NSU and Serveta. Today, Lambretta scooters are still made but it’s the older models, the icons, that are prized by enthusiasts and collectors who value character and style over modern reliability and safety systems. 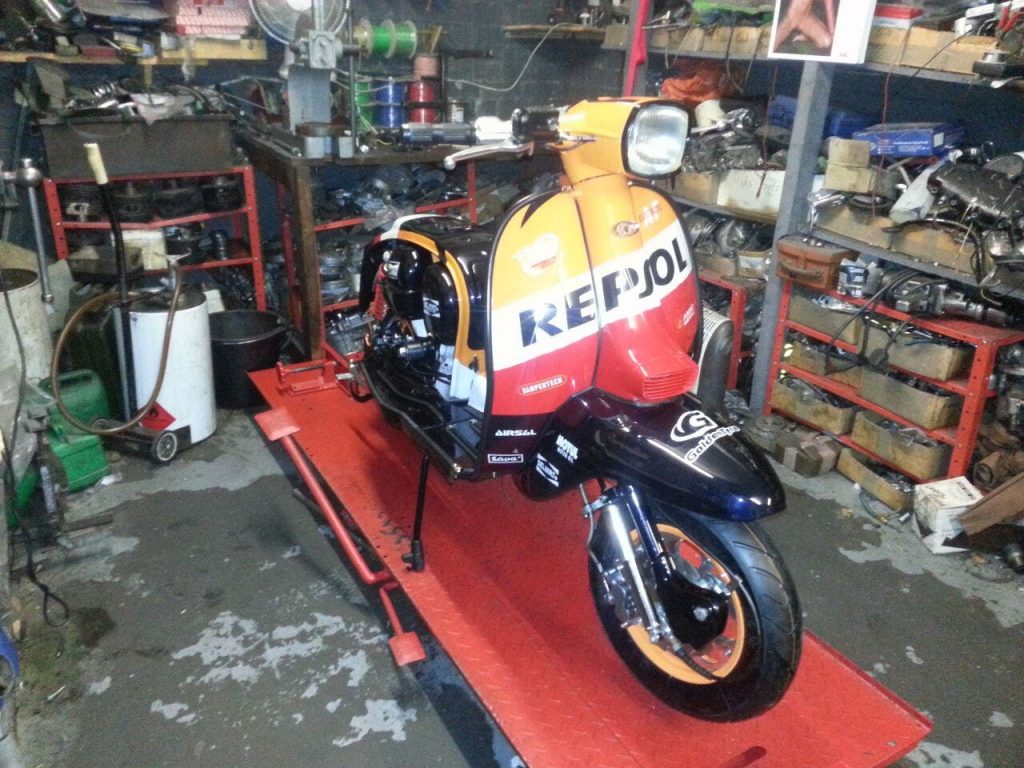 This, however, presents a challenge, since many older Lambretta parts are no longer manufactured. And, whilst there is a thriving used part market, some parts are rare and expensive to get ahold of. The solution to this challenge? To develop and manufacture your own parts from blueprints, which is something AF Rayspeed Ltd has been doing for many years.

The latest tool in AF Rayspeed Ltd’s arsenal is 3D printing. For this, they use the Ultimaker 3, a Fused Filament Fabrication 3D printer which we supplied to them. They use 3D printing to mainly manufacture prototypes of discontinued parts, but they also use it to develop new parts. One of their latest products is the RB20 Cylinder kit, which converts a standard 150cc engine with about 5-8 bhp into a 200cc engine with around 23bhp.

Manufacturing new parts is something the company is passionate about. On this, Ben Kemp, director of AF Rayspeed Ltd, said: “My favourite aspect of our business is the development of new parts. Often it is just to replace original parts that are no longer available, even that gives the opportunity to make small improvements. But the best work is when we are playing with something new.  It would appear counter intuitive, buying a classic bike only to modify and modernise it. However, our ‘S’ Types began in 1964 (we had a large event to celebrate their 50th year in 2014).  The customising trend is well established.  Many Lambretta owners look at the standard bike as their canvas.”

In the images below, we can see how 3D printing was used to manufacture an inlet manifold for the kit: 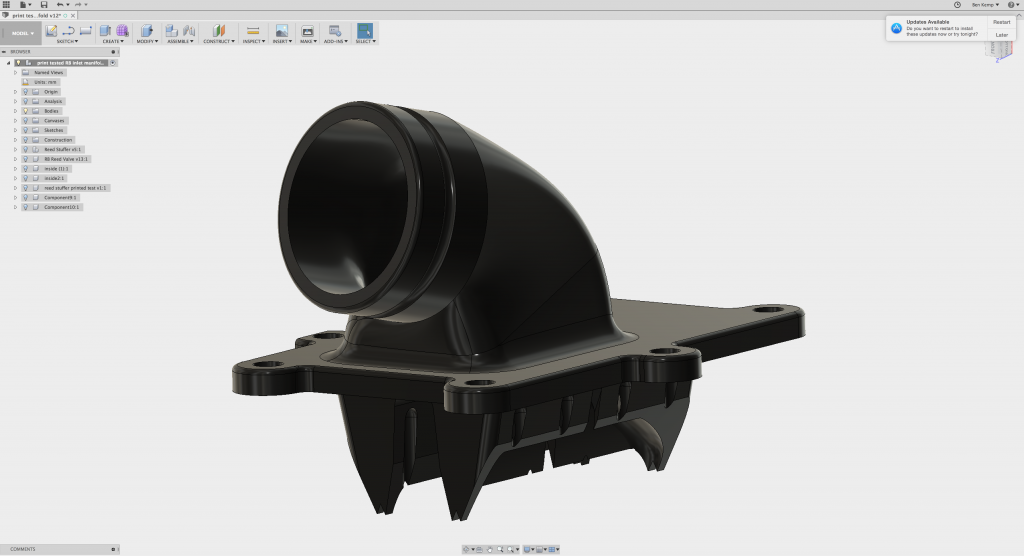 The Ultimaker 3 in action: 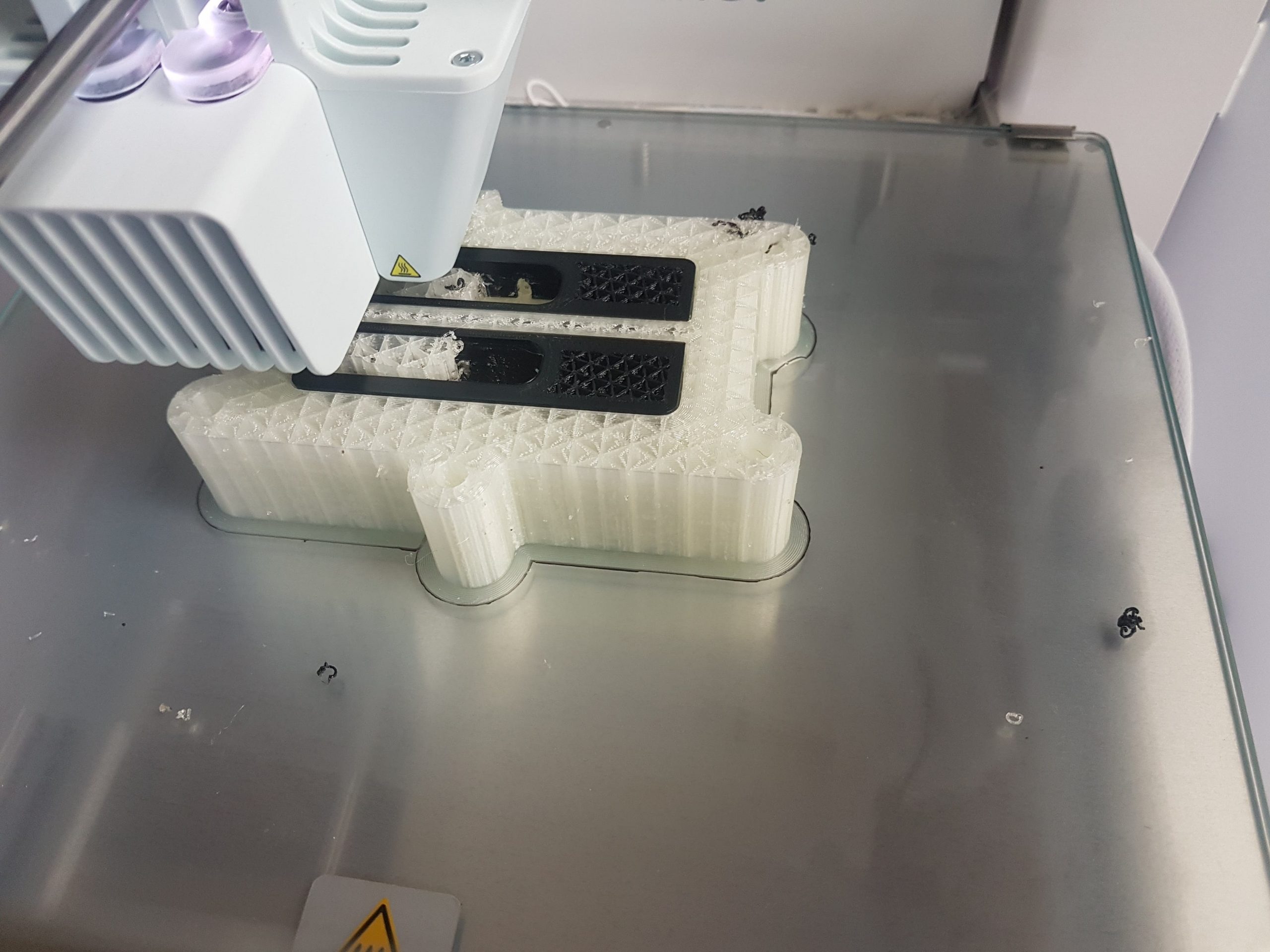 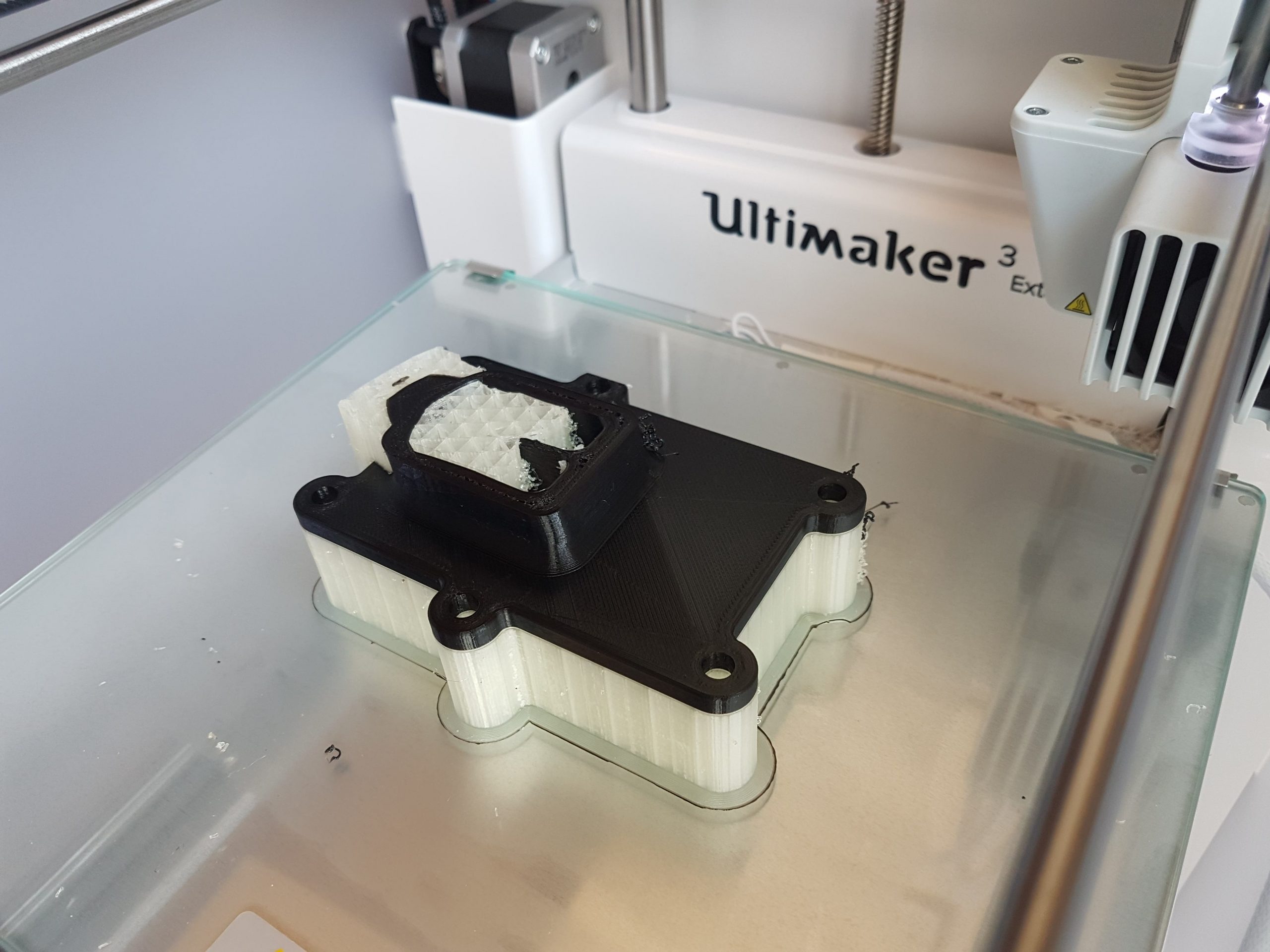 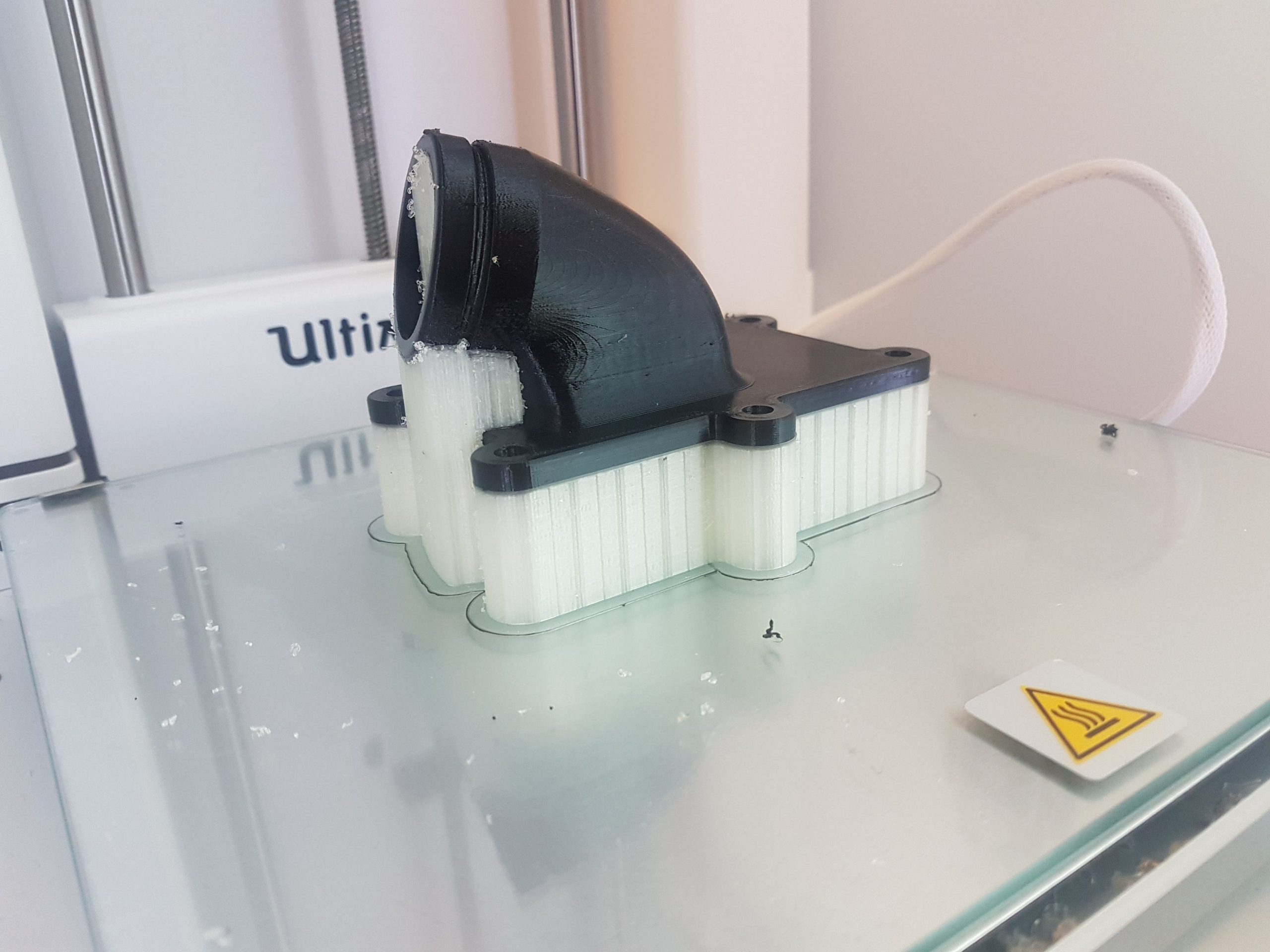 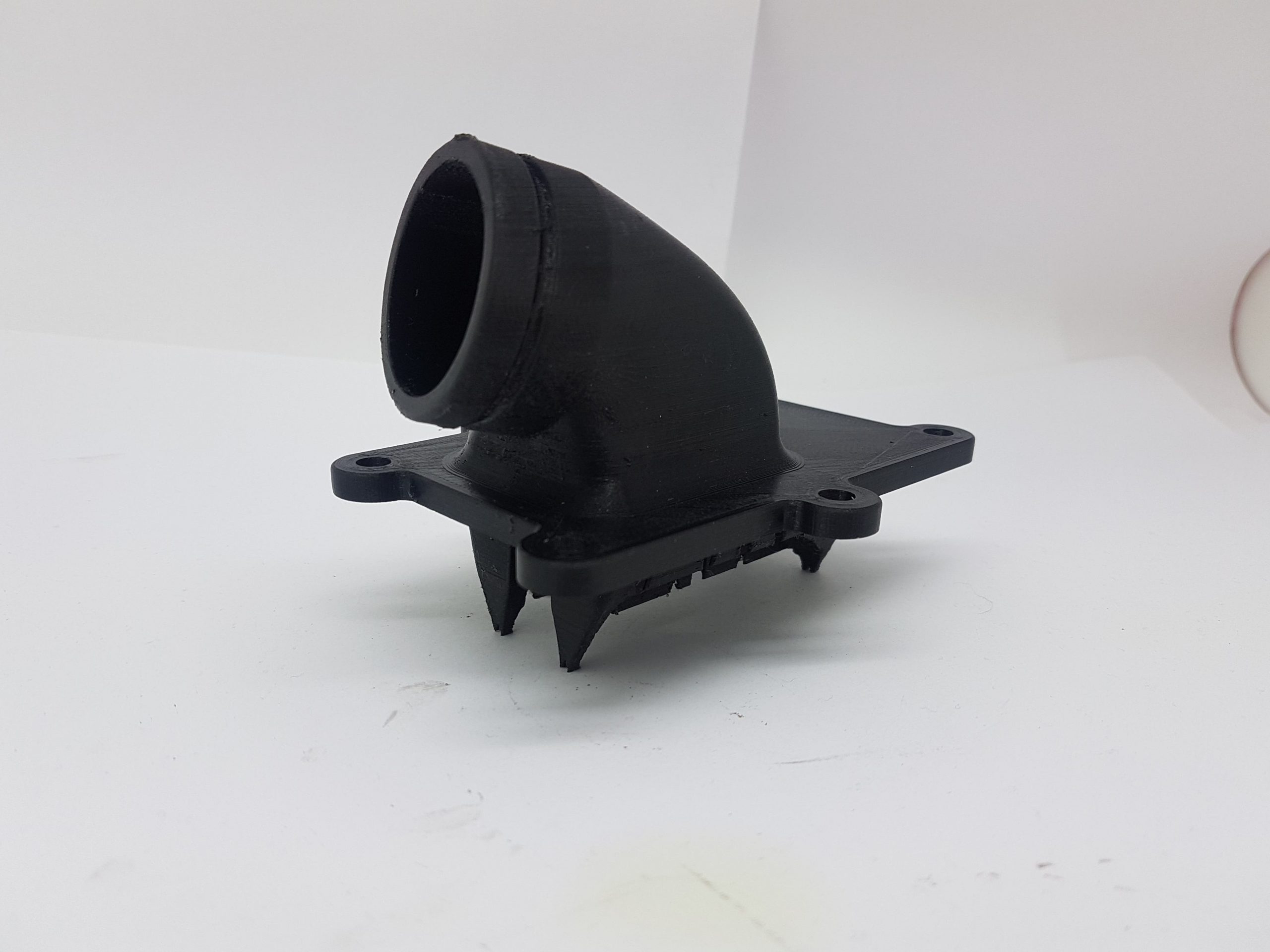 Below, we can see the original manifold and new manifold side-by-side:

Discussing 3D printing, Ben Kemp added: “The Ultimaker 3 you have supplied us is our ‘dream machine’. If I can draw it in CAD, I can print it out, then I can hold the part.  I’ve put a link to a folder below with pictures of an inlet manifold from one of our cylinder kits.  I believe we can improve it.  In the same folder are some pictures of the current development of this new design, including a picture of a new prototype printed in Nylon ready for real world testing.”

“The RB20 Cylinder kit this inlet manifold fits converts a standard 150cc engine with about 5-8 bhp in to a 200cc with around 23bhp.  It makes for a wonderful fast road bike, but is also the heart of the BSSO (British Scooter Sport Organisation) Production Class Racing.  There are several other racing classes, but the Production Class is tightly constrained to ensure it does not become too expensive and keeps all the competitors on a level.  It has produced some of the most exciting racing and become the most popular class.”

You can find out more about BSSO scooter racing here.