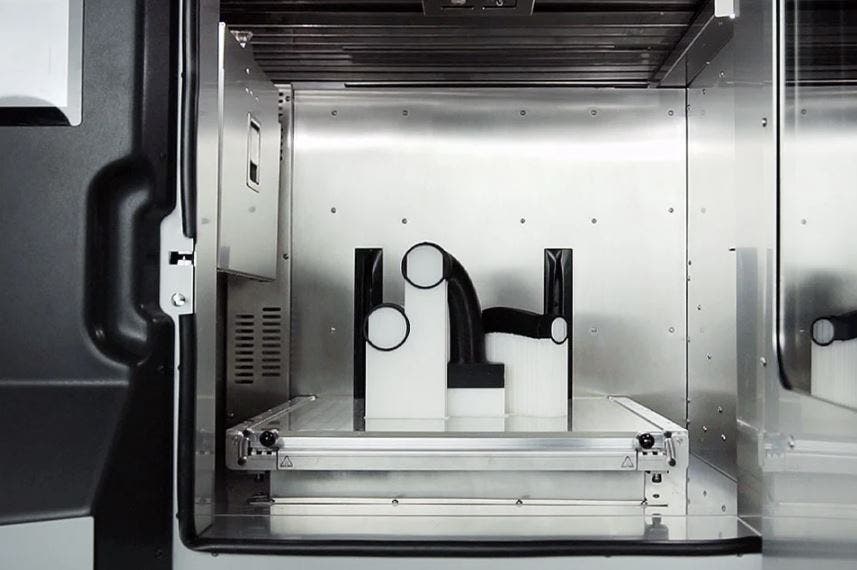 The 3DGence F350, F420 and F421 are all industrial-grade 3D printers suited to rapid prototyping and final production. They all have interchangeable print modules, unlocking material capabilities with a quick swap-out.

However, these printers are suited to different tasks.

Before looking at the differences between them, we should note that the F421 is the successor to the F420, which is now obsolete and discontinued. The F350 is the mid-range model, sitting above the smaller F340.

The 3DGence F421 is a newer model than the F420 and is a direct upgrade, capable of replacing the F420 across all applications. If you have an F420 or have been looking at one, the F421 brings several improvements to the table.

Here are the main differences:

The F421 also supports a wider range of materials:

The 3DGence F421 is an industrial-grade, high-performance 3D printer for engineering applications. It prints ultra-polymers (ULTEM, PEEK) and composites, creating robust models that can replace aluminium and CNC milled models. Its speed (400 mm/s) makes it suited to rapid prototyping and final manufacturing.

Here are the main differences:

The F350 only prints one ultra-polymer (PEEK) and one high-performance plastic (PC, polycarbonate). While it prints PLA, ABS, ASA, PA6 and PA-CF, it won’t print LEXAN, PC-ABS, PEKK-CF, ULTEM 9085, PEKK, VICTREX AM 200. While this limits its applications compared to the F421, it is still suited to engineering applications