Figurines and figures have been a part of human culture since humans began to craft.

We know this because we’ve unearthed figurines that are thousands of years old, with the oldest dating back 35,000 to 40,000 years. That’s a staggering length of time.

The popularity of figurines hasn’t wavered. Our curiosity and ingenuity to transform something into something else – perhaps from a piece of art, or what we have dreamed – has ensured this. From deities and gods to warriors and animals, a figurine has probably been crafted at some point in time about everything.

Figurines can be considered art, toys, or symbols – usually for religion or historic events – depending on the subject. The way figurines are made has changed though, and so have the materials that make them.

Technologies like injection moulding and materials like plastic (ABS, specifically) have revolutionised the way we make figurines — and the scale at which we make them. It is not unusual, for instance, for a popular figurine, such as Spiderman, to be made in batches of tens of thousands or even hundreds of thousands.

But what of the largest figures that are built to a 1:1 scale?

As you may know, these cost thousands to buy – and the reason is scale.

To manufacture extremely large parts with traditional manufacturing, you have to create custom moulds for the parts which are very large. These are then utilised by an injection moulding machine which has been set up to create perhaps just one part. The cost of this is huge due to economies of scale. It’s also impractical.

A potentially better solution is 3D printing, as Diego Oro, the owner of a 3D printing service company in Turin, Italy, found out.

In 2017, Diego decided to bring one of his fantasies to life with 3D printing.

Some of the parts Diego needed to make were around half a metre in size, so he needed a large-format 3D printer to make the 290 parts required – a regular desktop printer would not do. Diego purchased the Builder Extreme 1000 to print the parts, which has a massive build volume of 700 x 700 x 820mm (XYZ).

The knight would eventually consist of 290+ parts, not including assembly clips.

Here’s the team assembling the Knight: 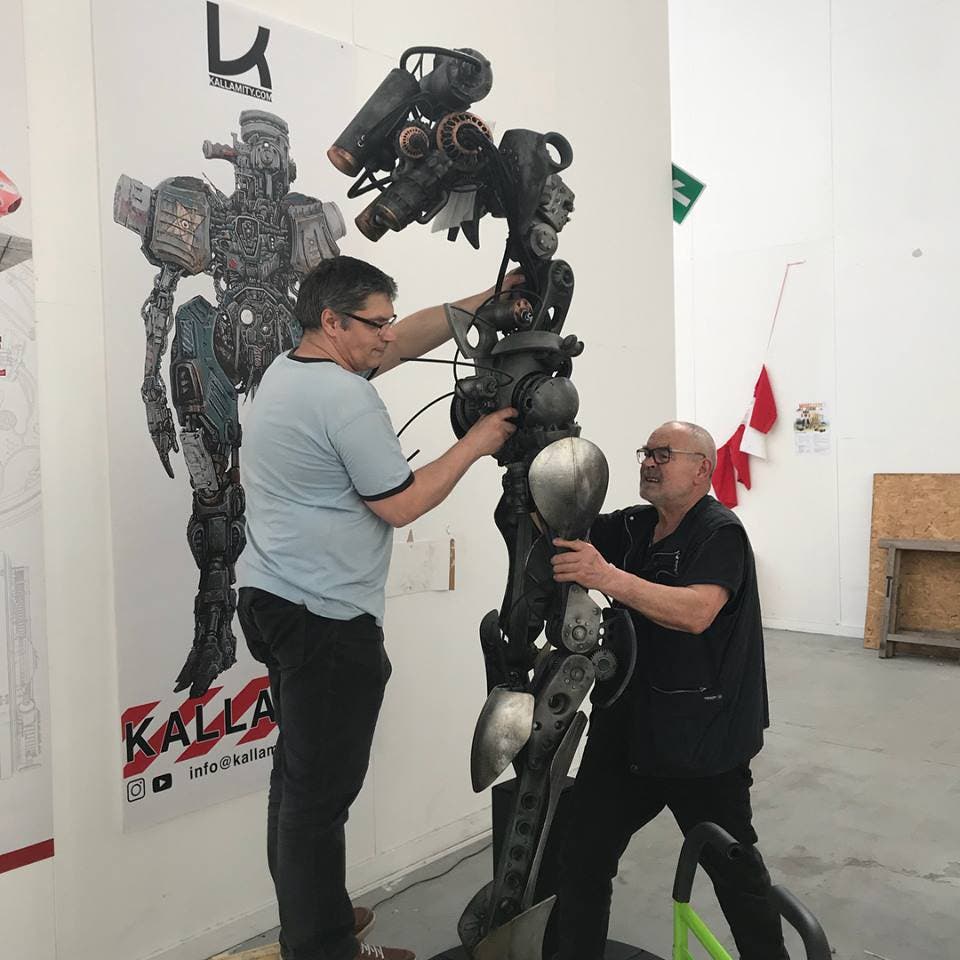 The Builder Extreme 1000 doesn’t just have a massive build volume – it is also easy to use and makes highly detailed parts. It has an enclosed build chamber and a heated print bed (up to 60 degrees), allowing it to print a variety of materials.

It also has a unique dual-feed extruder system with two extruders but only one nozzle. This system was developed by Builder 3D to increase reliability and improve output – and it works. The Builder Extreme series (not just the 1000 PRO model) is designed to run continuously 24/7 while maintaining performance. 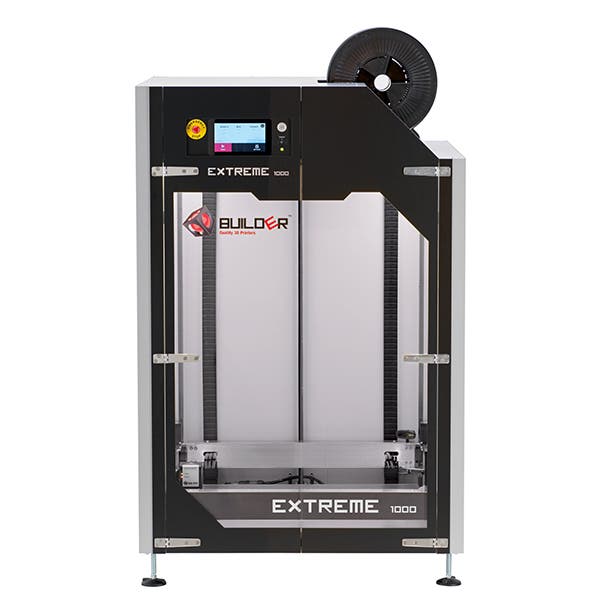 Diego printed the parts individually over a period of 4-months, printing in PLA and finishing some of the parts with sanding and painting. PLA is the fastest material to 3D print because it melts faster and extrudes faster than ABS while retaining dimensional stability because it cools faster.

The result of Diego’s labour speaks for itself: 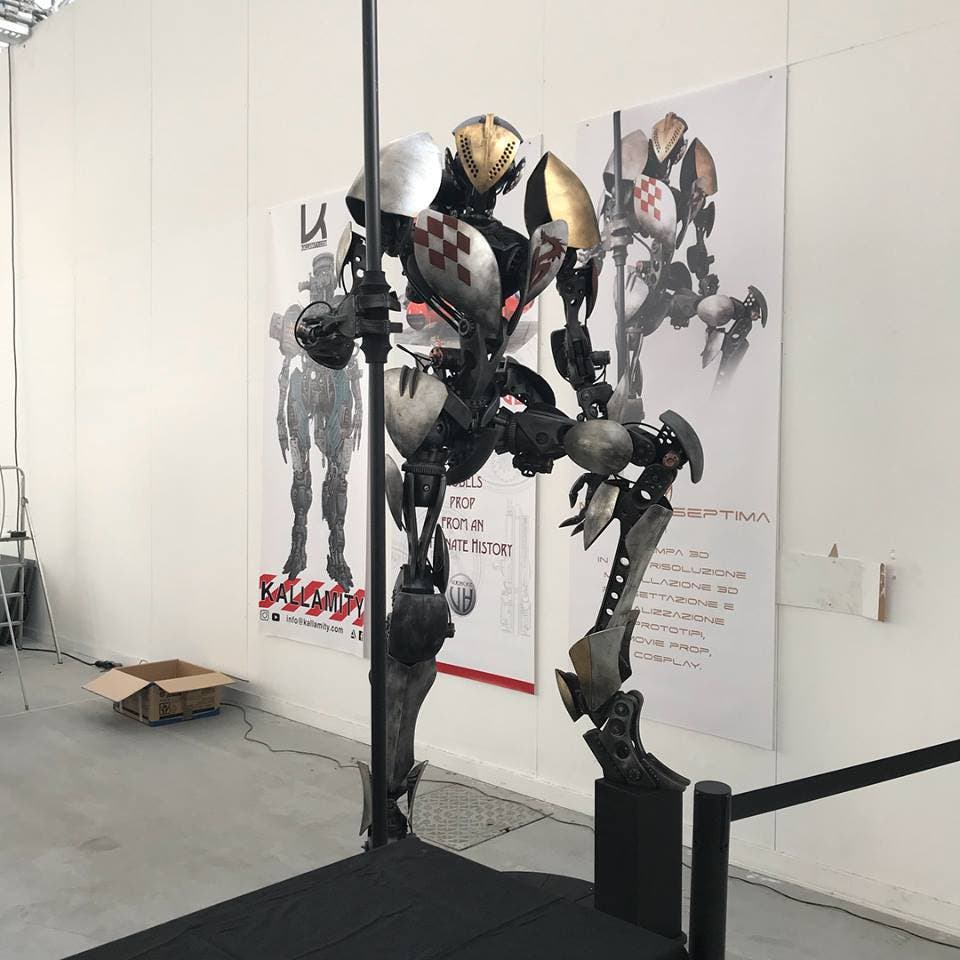 The finished Knight looks every bit as good as its 4-month build time would suggest. It’s highly detailed and brilliantly designed, which is a testament to Diego’s design talent (The Nonexistent Knight is a story of regular medieval knights. Diego’s version of the same fantasy story replaces these knights with machines).

Speaking of his creation, Diego is rightly very pleased: “thanks to the affordable Builder Extreme, I was able to turn my visions in to reality. The Extreme has worked non-stop and is very reliable. I am already printing my next project!”.

This story was first covered by Builder 3D. The images in this article are credited to Builder 3D, with the creation shots taken from Twitter. If you enjoyed this case study, you can find more like it at our product design page.