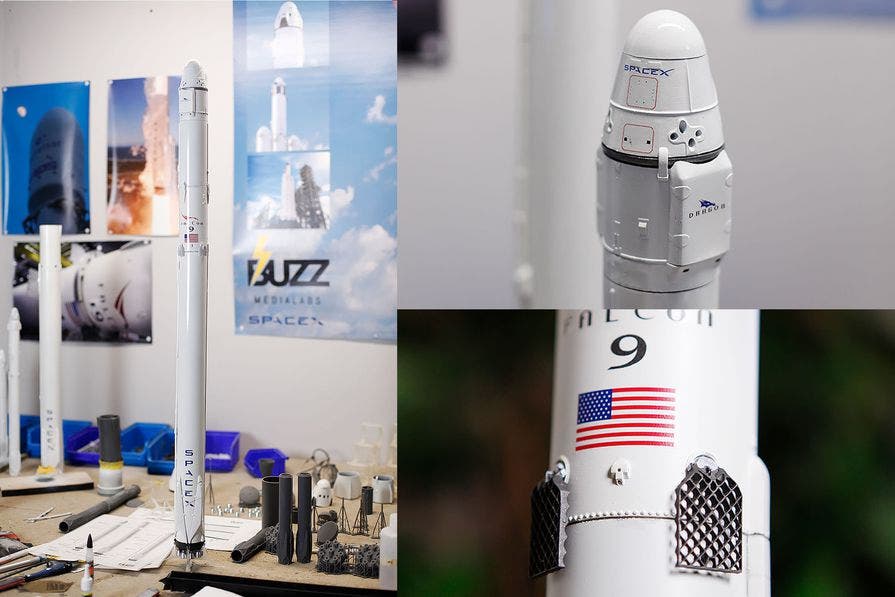 NASA may not have done much to accelerate the progress of space exploration since Apollo 17, but there are private companies doing their bit to hop us onto the next stage – Mars. Everyone’s a way off it yet, but in the next half decade it’s thought we’ll all know someone who has flown to Mars. It might even become as normal as a fortnight in Benidorm.

Or not. Whatever the case, it’s an incredible thought, isn’t it? It might even be you who gets to visit the red planet. Who knows, in fifty years we might be taking trips to see the raging storms on Jupiter. Or the rings of Saturn. How does a rocket trip to Venus sound? You’ll get a token for a telescope to peer down on earth like the great Creator. No smiting allowed.

For now, these are all dreams. Wonderful dreams as they may be. What we have in the real-world, dear reader, is the SpaceX mission which is launching satellites for fun with a grand mission to reach Mars.

We also have 3D printing, a technology that could maybe (in the future) replicate our meals like in Star Trek and rapidly manufacture space buggies for us to play a real life version of Rocket League. Sound a little too distant? How about this – a 3D printed model of the SpaceX Falcon 9, the world’s first reusable rocket and the biggest advancement in rockets in decades. Not a big ask, surely? Well, Oliver ‘Oli’ Braun’s search for a model of it didn’t go to plan.

And when we say “didn’t go to plan,” what we mean is “failed miserably”. Oli just couldn’t find a detailed, accurate model of the Falcon 9, so nine months ago he decided to create a replica himself with a 3D printer. 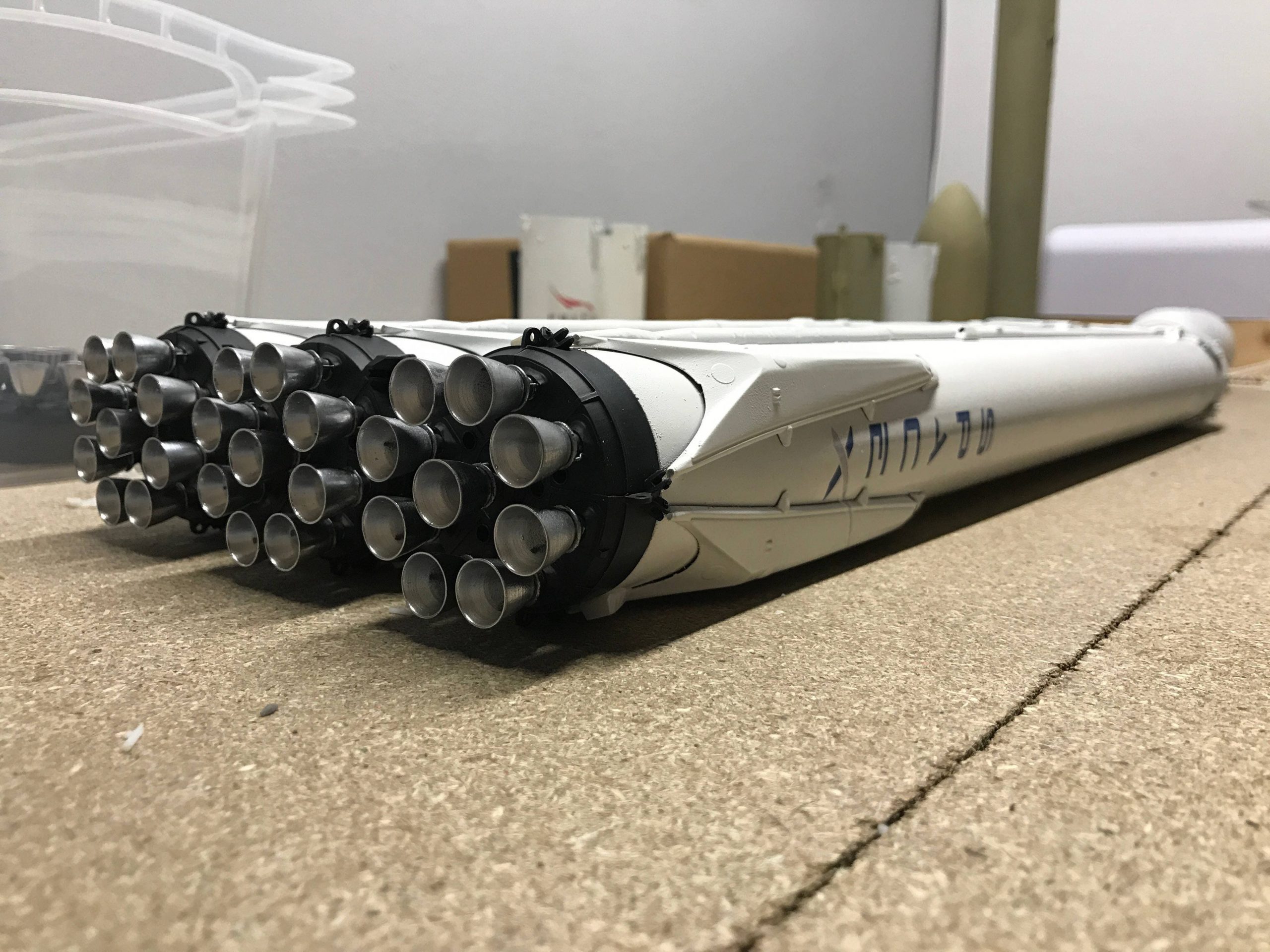 “I’m a huge space fan,” says Oli “and I really wanted to have a SpaceX rocket model, but they are not available for purchase anywhere. There’s only one company in the United States that does aerospace models and creates models of SpaceX rockets, but they are extremely expensive and outdated. I thought, why not just try it myself?”

Oli had no experience with 3D printing other than what he had read about, so it was leap into the unknown for him, despite coming from a strong modelling background. Now, Oli is manufacturing models of SpaceX’s Falcon 9 and Falcon Heavy rockets for fun and his efforts have even caught the attention of SpaceX. 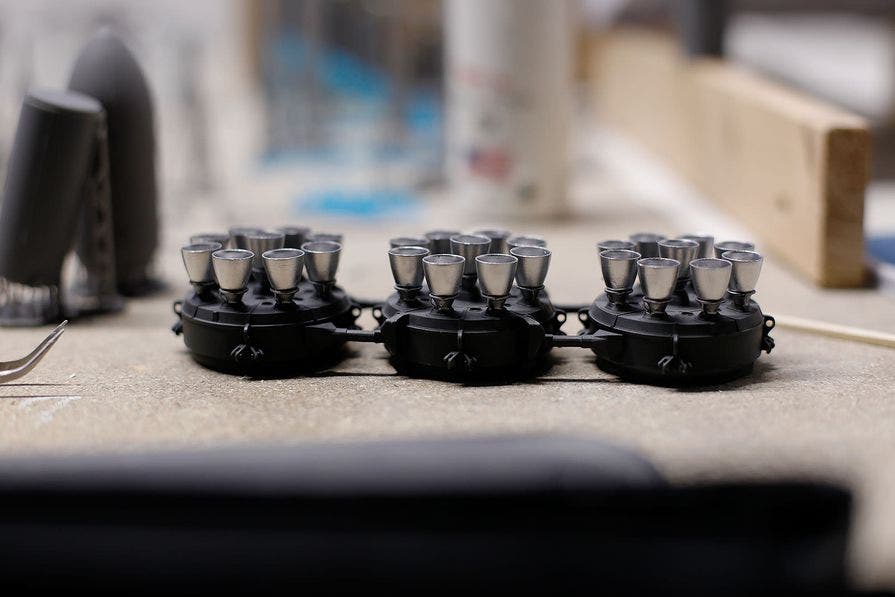 The models he manufactures stand 1-metre tall when fully built, with Oli fabricating parts using a Formlabs Form 2. The Formlabs Form 2 is a stereolithography (SLA) 3D printer that can print parts with complex geometries and very fine detail. Oli models the rockets in 3D Max as polygonal models and refines them to scale.

“This approach works fine for visual applications, where you can cheat a lot because there are some things that you can see, while others remain hidden from view. But a physical model has to have structural integrity, and it has to be designed keeping assembly in mind. For example, you cannot have parts intersecting. This was new to me, and I didn’t expect it to work this well. I’ve had maybe five or six parts that I had to re-engineer and reconstruct, but other than that, it worked out fine.” 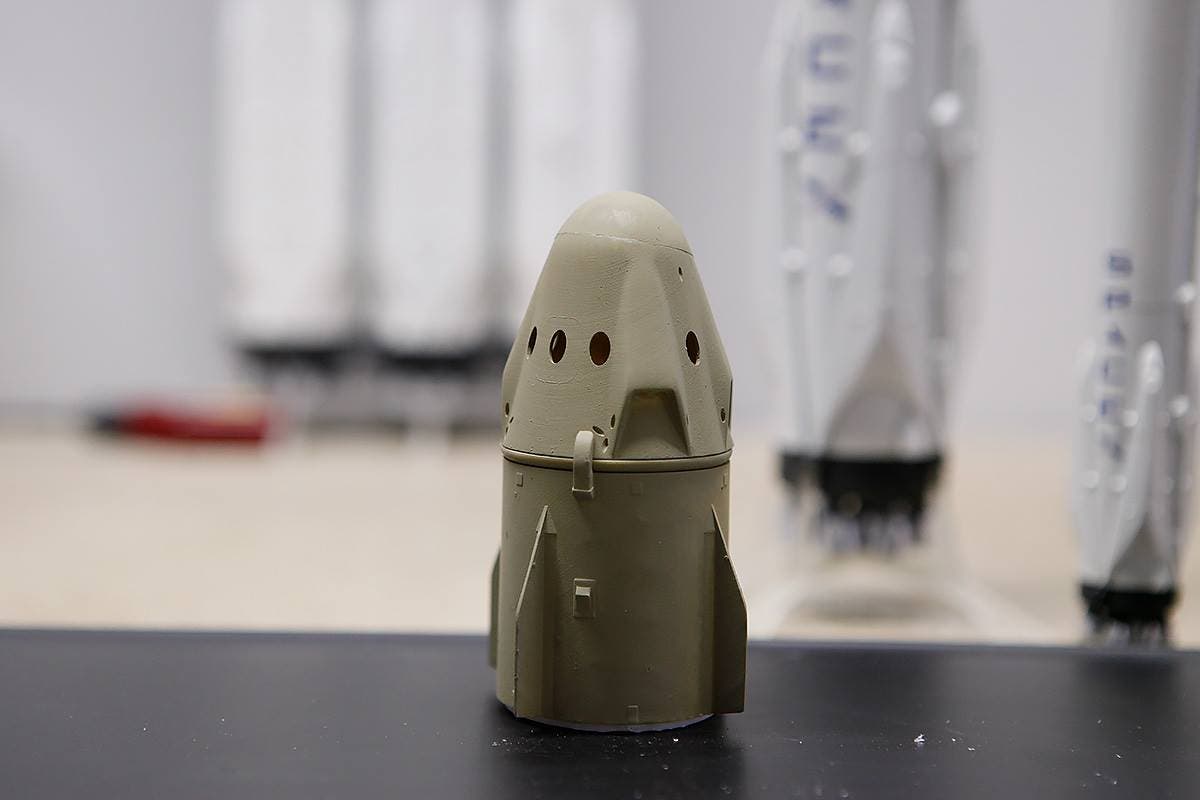 “Also, when you model things in scale and proportion, there are some details that you have to make sturdier or bigger to make them work on a physical model. For example, it’s not easy to make small struts sturdy enough because they’re thinner than a toothpick on a small scale 1:144 model. One trick is to make the part hollow and have a 0.3 mm or 0.5 mm canal in it, where you can place a carbon fiber or metal rod. The reinforcement on the inside provides the structural strength, and it’s not visible from the outside. With the Form 2, you can 3D print all these intricate parts–which is awesome.” 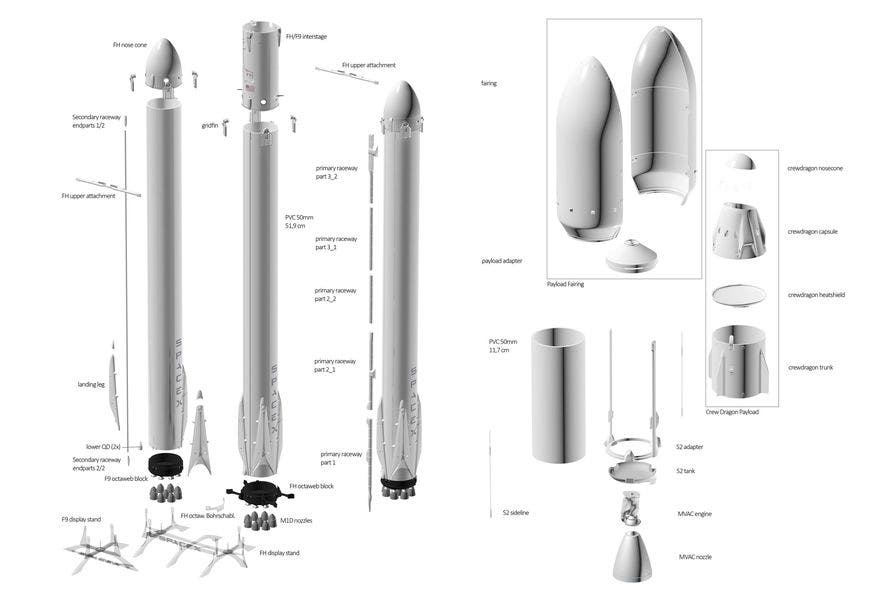 ‘Awesome’ is definitely the word we’d use to describe Oli’s rockets, too. Not only are they detailed, but they look like they were manufactured in the sterile laboratories of SpaceX themselves.

Everything from the burner system to the shell is fabricated and finished to perfection. This as much a testament to the skill of Oli as it is to the capability of the Form 2. Because while the Form 2 makes what Oli asks, the parts still need designing, tweaking and finishing to such a high standard. They look so good that SpaceX have been in touch to congratulate him.

“Several SpaceX employees got in touch with me when they found out about the project. They were amazed by the level of detail and the accuracy of the models because even the ones from their professional supplier don’t have that.”

Oli has now rearranged his workshop to increase output and plans to create production schedules, part lists, and assembly plans to show how to construct the models. 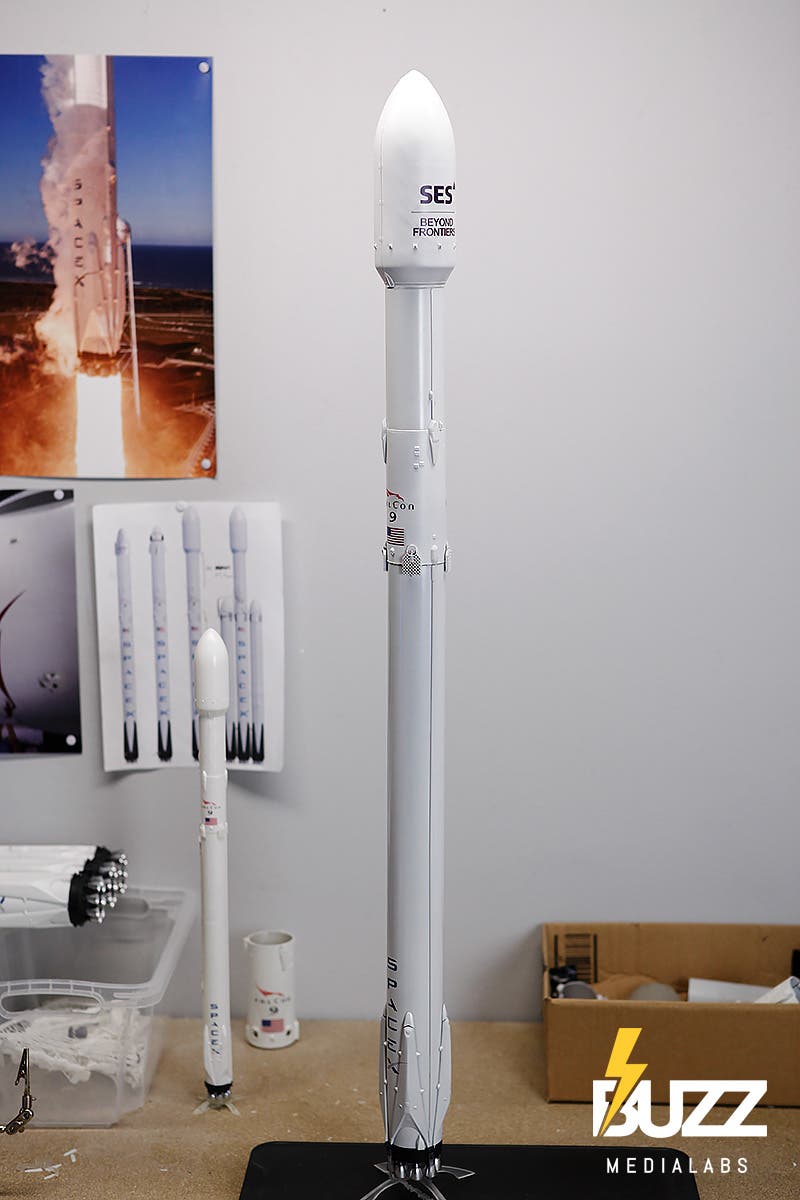 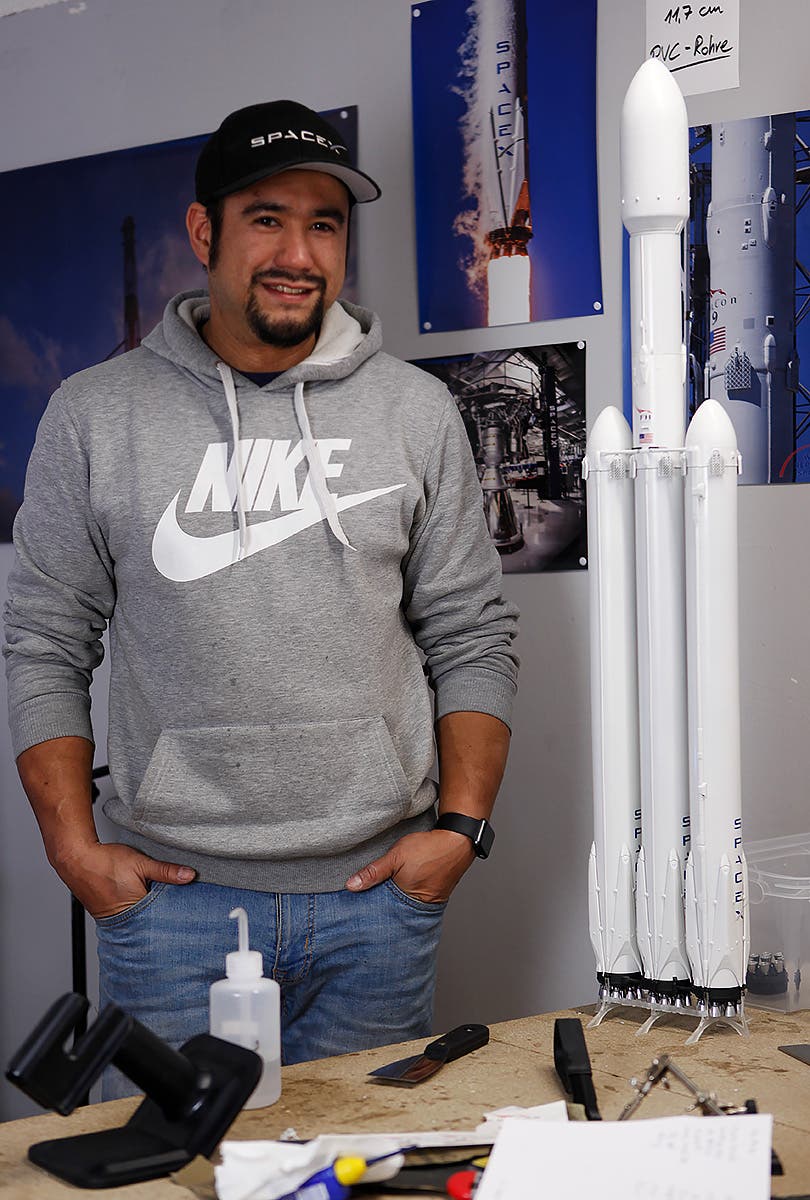 You can check out more product design case studies like this one here.