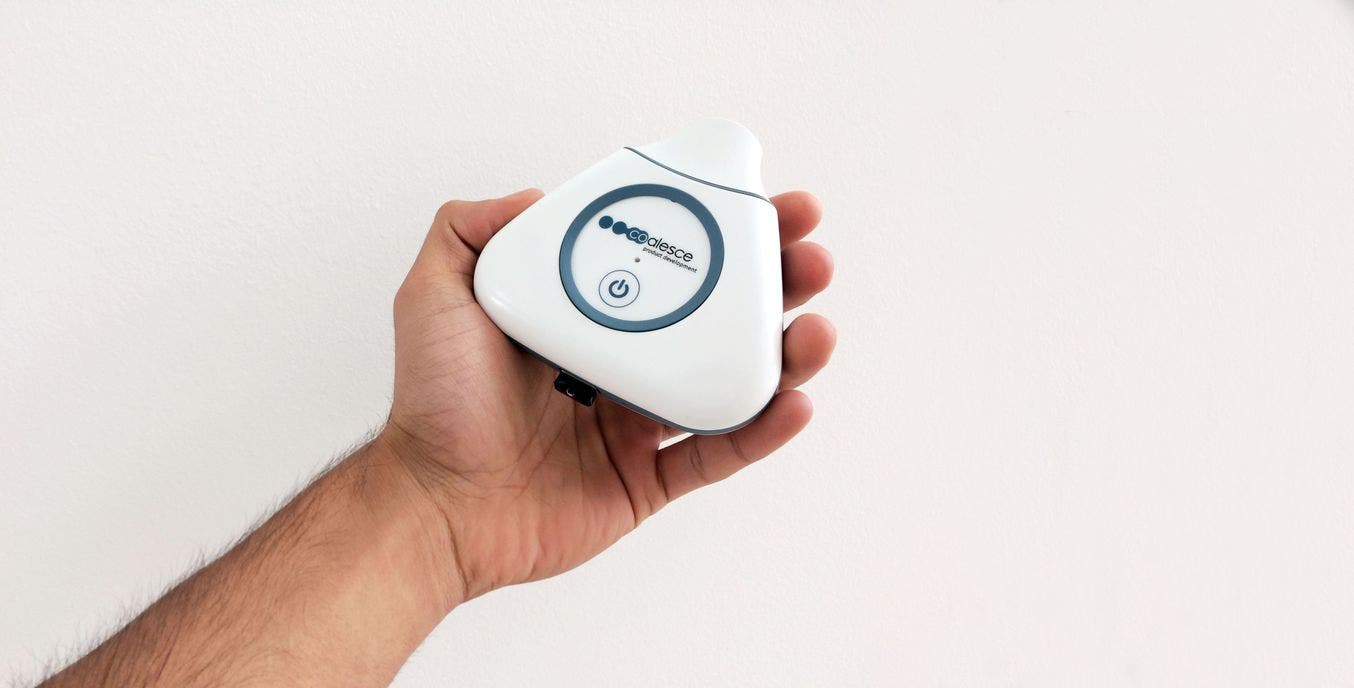 Medical device design company Coalesce Product Development use stereolithography 3D printing to develop their medical devices. Prior to investing in their own Formlabs 3D printers, they outsourced prototyping to another company. By bringing 3D printing in-house, they have reduced model lead times and costs considerably.

3D printing was instrumental in the design and development of the Coalesce Breath Profiling Device (BPD), a medical device designed to asses an asthma patient’s inspiratory flow profile digitally. The device is a handheld replacement for bulky spirometry machines, which typically use old technology and are very expensive. 3D printing helped the team test complex, customised forms designed in CAD in a short space of time. 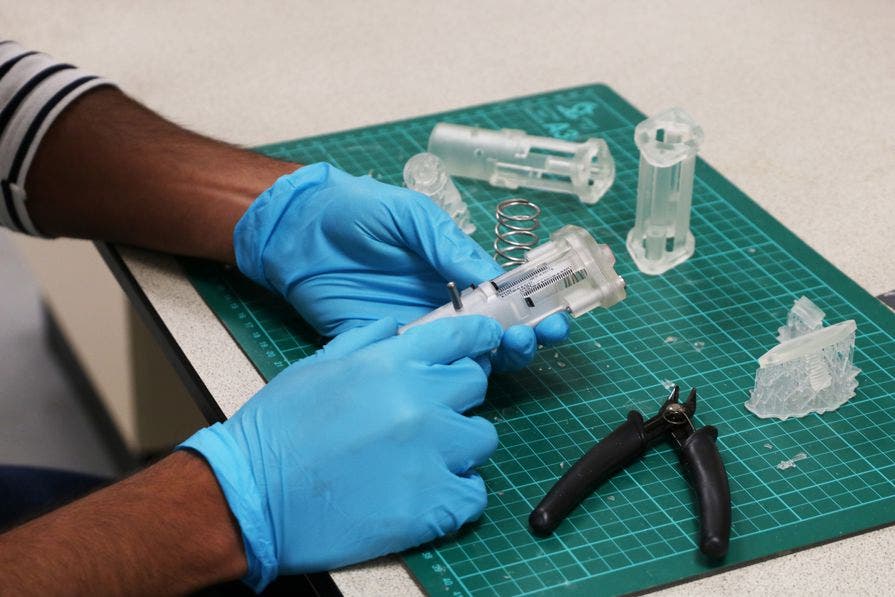 The team used to outsource 3D printing. While this produced high quality parts, it tethered them to a slow manufacturing process. The iteration cycles were long – typically 1-2 weeks – by which time the team had more designs to test. The result was a cycle of inefficiency, so the team brought 3D printing in-house.

They chose the Formlabs Form 2, the best desktop stereolithography 3D printer on the market. “Stereolithography offers a good balance of feature resolution, surface finish, durability, choice of materials, and dimensional accuracy.” says Coalesce, “Because we develop devices with moving parts, we needed an effective way to prototype small mechanisms in-house. We kept an eye on advances in 3D printing technology over the past few years, and we liked the Formlabs approach. When the Form 2 was released we ordered one immediately, followed by a second just a few weeks later.” 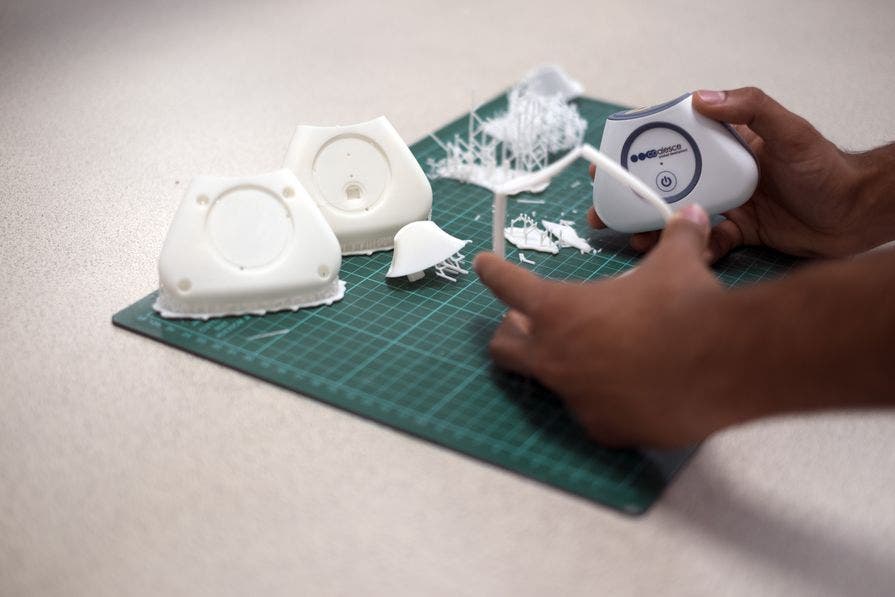 At first, the team used their 3D printers to print prototypes to develop the product’s architecture. But after painting and exhibiting at the Drug Delivery to the Lungs (DDL) conference, the prototypes proved so popular they were used in a clinical study. This paved the way for further development and study.

The team use Black, White, and Clear Resins to manufacture parts. These replicate the plastics used in injection moulding – the manufacturing method for the final product. The team also use Tough Resin if they are making parts that will be subjected to high mechanical forces. Test fixtures are a good example. They also use Flexible Resin to replicate silicone. A mouthpiece seal is a good example. The team has tested most of Formlabs’ resins with a high success rate.

Moving 3D printing in-house has saved Coalesce thousands in development costs. The cost to outsource 3D printing was £250 per part, but with in-house 3D printing the cost is £11 per part. The efficiency improvements are also remarkable. Coalesce can now manufacture parts in 8 hours and have a finished part in 1-2 days. With outsourcing, they’d have to wait 1-2 weeks and that doesn’t include any post-processing that was needed.

“Both of our Form 2 machines are in almost constant use. We have learned how to get the best results from the machines and the materials, and how to finish the parts to make them look as close to manufactured parts as possible. We can design parts with functioning clips, or even add threaded inserts so parts can be screwed together.”

By using Form 2 3D printers, Coalesce shortened lead times by 80-90 per cent and reduced costs by 96 per cent. They have also untethered themselves from the limitations of a third party manufacturer.

This information was first published on the Formlabs website. You can check out more medical case studies like this one here.