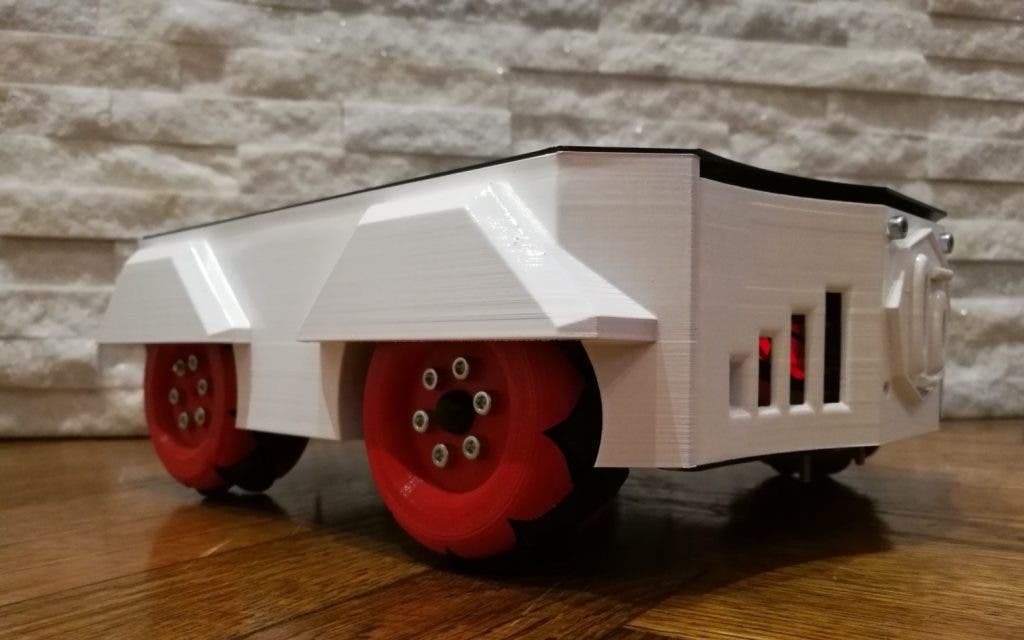 The wheel was undoubtedly the most important engineering invention ever, but the Mecanum wheel follows very closely behind. These wheels can move a vehicle with a standard chassis in any direction, without the vehicle turning or manoeuvring. Instead, the Mecanum wheel allows for in-place rotation.

The inventor of the Mecanum wheel, Bengt Erland Ilon, patented it in 1972 and the US Navy bought the patent in the 1980s. Today, numerous companies hold rights to the technology, but it is the concept itself which is most intriguing to engineers.

AJmaker, an engineering firm specialising in laser cutting and 3D modelling, recently 3D printed Mecanum wheels in their own specification. They wanted to design a new Mecanum wheel with more rollers so it could turn with even greater efficiency. Their need for this came as a result of working on a robot which would be put to work in narrow passages with no room to move even a few millimetres.

AJmaker were designing a robot that could be put to use by engineers, designers and architects in very narrow passages. Mecanum wheels can already manoeuvre with three degrees of freedom on a flat surface. But the team wanted to design a set of custom wheels that optimised performance even further.

The team needed a 3D printer which could create dimensionally-accurate and true-to-design Mecanum wheel prototypes at low cost. They looked at various technologies and decided FDM was the best fit for them (they also looked into SLA, but for their needs, FDM provided the best quality-cost ratio).

Research led them to the 3DGence F340, which has an excellent reputation for creating functional prototypes, with the ability to print one of the widest range of engineering materials on the market. This is thanks to an interchangeable printing module system which can reach a temp up to 500°C, opening up the door to printing PEEK and PEKK, as well as PC-ABS and other modified polymers. 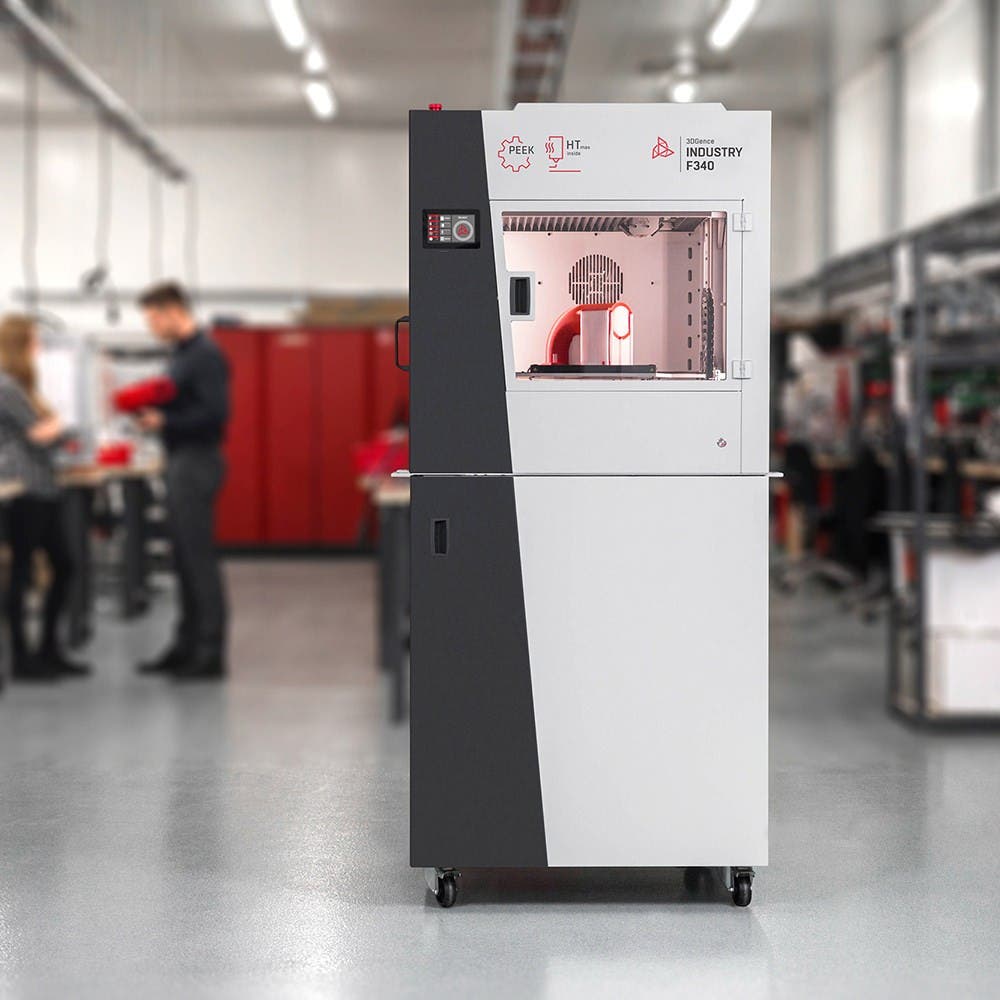 The 3DGence F340 also has an NFC reader for material detection, flow control sensors, and automatic material loading to make life simpler. It prints at a resolution of 150 – 250 microns (0.15 – 0.25 mm) and has a 260 x 300 x 340 mm build volume. It uses a proprietary slicing software with USB and Mini SD card connectivity. It’s simple to setup and use, capable of also printing 24/7 with excellent reliability.

Previously, this process would have had to be outsourced. But the use of an external contractor would bring about high and unforeseen costs. It would also take several weeks to order in a series of prototypes. With 3D printing, costs can be reduced by 80% with the build time cut to days rather than weeks. This allowed the team to focus more on the design of the wheel to create a better performing product. 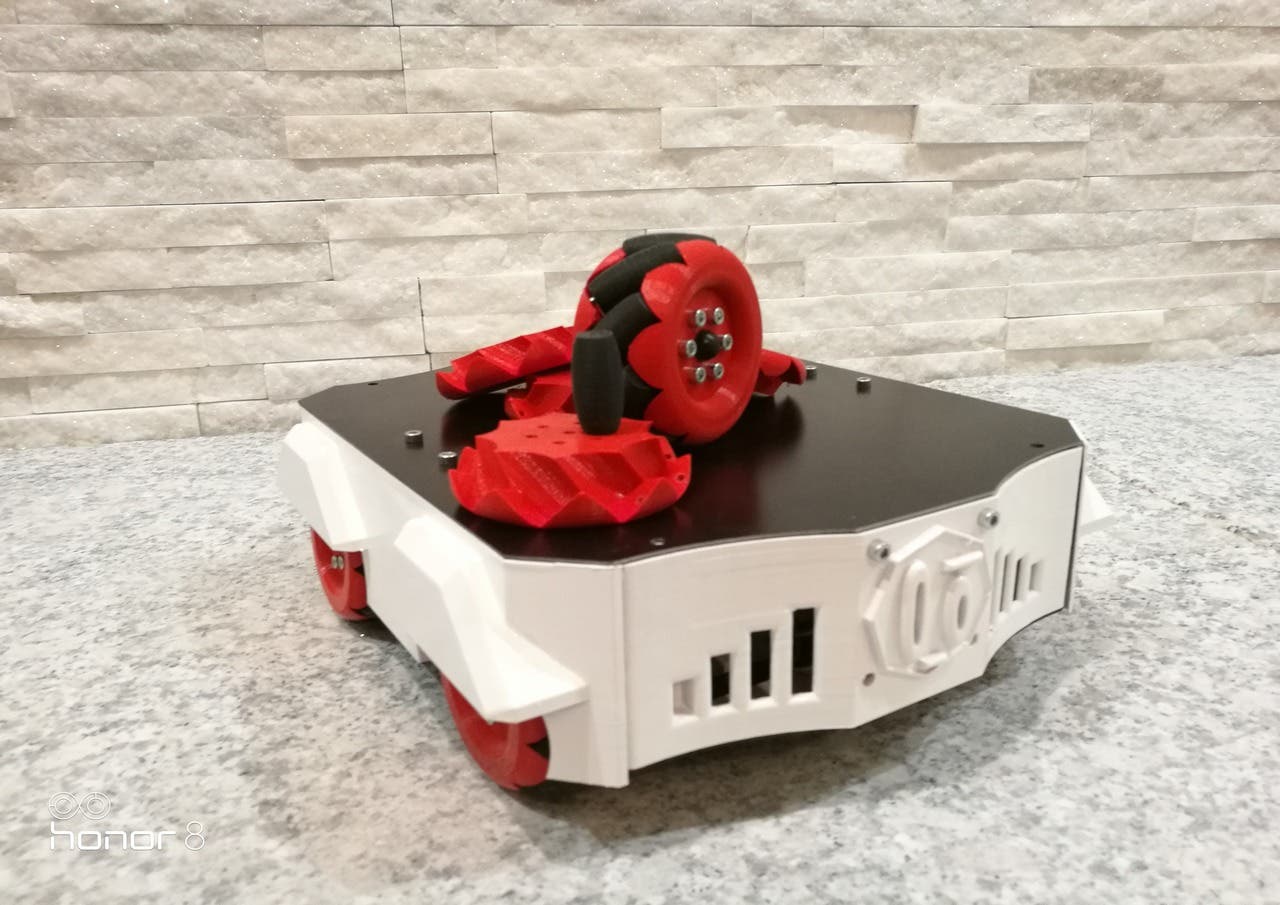 Another issue with traditional methods of prototyping was they added a high level of complexity to the design. With traditional processes, each Mecanum wheel consisted of 12 elements with 9 of those made from rubber. 3D printing allows several of these elements to be printed as one, reducing complexity and increasing part reliability.

The prototyping stage of the Mecanum was a huge success thanks to 3D printing, with AJmaker using these models to finalise a production design. They were able to achieve true three degrees of movement, an easy mounting solution, compatibility with 4mm and 8mm rotor shafts and high damage resistance. The final production models would be made from cold-rolled SPCC steel for a long service life.

The engineers at AJmaker greatly appreciated the performance and ease of use of the 3DGence F340. They are already applying it to other design projects and provide a custom 3D printing service to customers with it.

This story was adapted from information originally published on the 3DGence website with thanks to AJmaker for the success story. If you enjoyed this article, you can find more like it at our engineering and manufacturing page. All images in this article are credited to 3DGence / AJmaker.