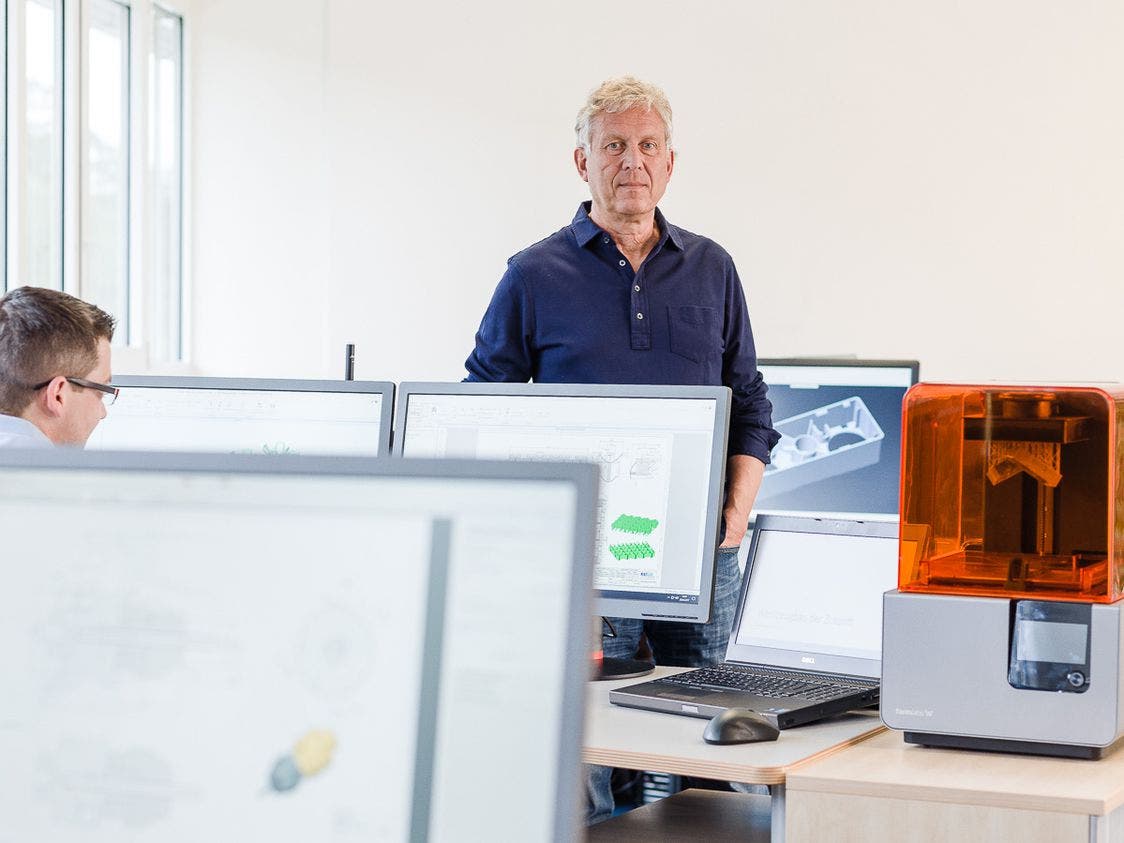 Riegler is a medium-sized company specialising in the manufacture of components for the pharmaceutical, diagnostics, and cosmetics industries. They manufacture a large number of complex, custom system components.

Parts are produced in production runs of several million, and Riegler use CAD to transform initial customer ideas into moulds. For highly complex models, Riegler would outsource prototype production to a 3D printing firm but this was just too expensive to maintain. The high cost also meant they were limited in their use of additive manufacturing. This prompted Riegler to explore other areas of production, and following extensive tests, invest in its own in-house 3D printing system with the Formlabs Form 2. And the results have been astounding.

Riegler decided to move additive manufacturing in-house due to the uneconomical cost of outsourcing this aspect of prototype production. They invested in a Formlabs Form 2 3D printer, a stereolithography 3D printer which produces highly accurate, detailed models. By moving production in-house, Riegler have reduced the lead time for complex system components by 90% and cut costs by 76%. 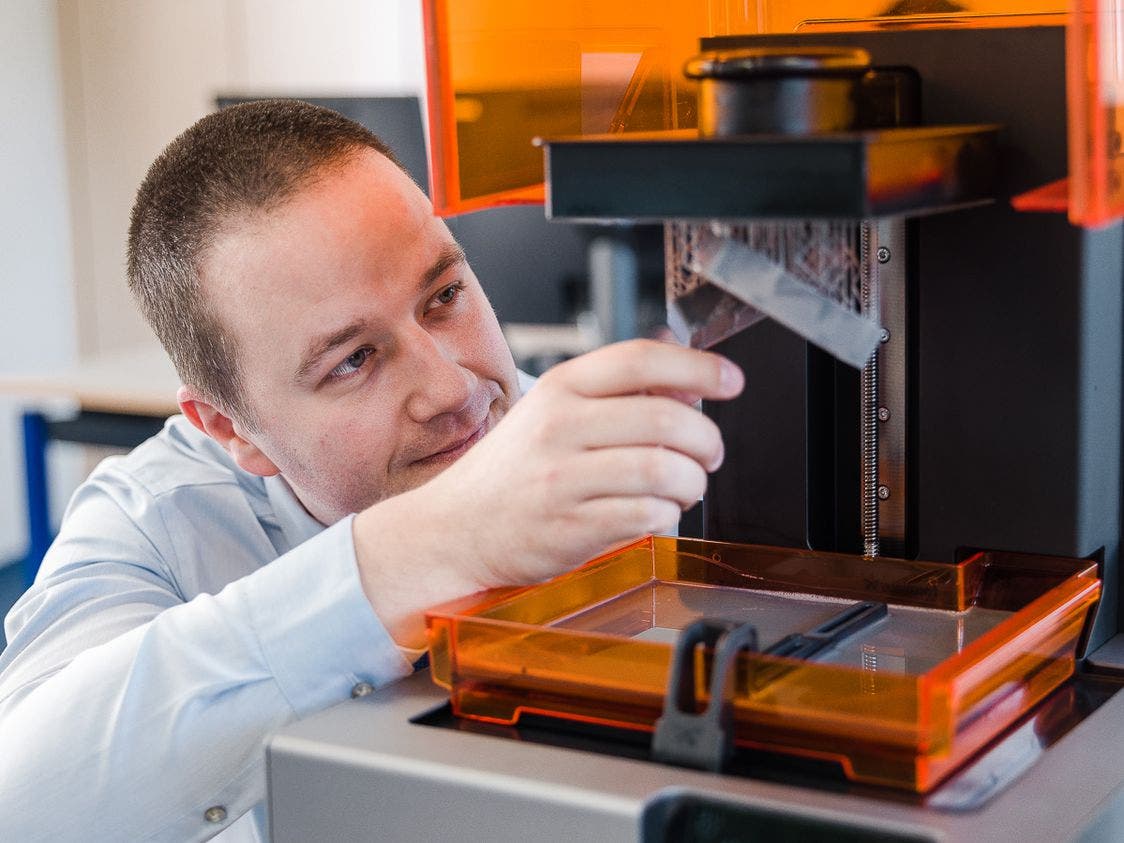 “We only used 3D printing from external providers to a limited extent. The administrative effort was just too much, and we were only able to test a few versions of each prototype. It also took several weeks to get a prototype made externally. With the Form 2, we can print a prototype for a customer overnight and have it ready to go the next day.”

The team now use 3D printing to prototype highly complex models which are used for functional tests. Once they have finished designing a product in CAD, they use their in-house desktop 3D printer, the Form 2, to manufacture the initial prototype. This is then used to develop the product further.

“We can immediately assess our designs to ensure they function correctly and have the right dimensions, ergonomics, and other critical parameters.” say Riegler, “Then we can make our changes to the 3D model and print it out again. The printed parts are ready the next day and can be evaluated again. We only move on to the next stage in development once we’re happy with what we have.”

By moving the 3D printing of prototypes in-house, Riegler have been able to optimise the development and production process. This has reduced costs and 3D printing has also sped up production time significantly, giving the team a prototype in hours instead of weeks. In turn, this has won Riegler more orders.

“We have had our Form 2 for a year now and print almost every day for almost all development processes. In the past, when we worked with external service providers, we only used 3D printing in exceptional cases. Having 3D technology in house has increased our chances of winning orders.”

3D printing in-house has also given Riegler a unique selling point – the ability to quickly present physical concept models to customers who can pick up and assess those to-scale prototypes in the real-world. In the case of small parts, Riegler can also explain how they work or function more clearly. The benefits of this have been so great that Riegler are making steps to embed in-house 3D printing technology permanently across the production line.

You can check out more manufacturing case studies like this one here. All images are credit Formlabs.