Skip to content
Architecture design firm Make use Ultimaker 3D printers to create three-dimensional mock-ups, concepts and context models. Their mission to create the best spaces in the world comes to fruition with the help of 3D printing, which has brought model-making production in-house and largely replaced their wood workshop.

There’s always one 3D printer running and making stuff in the workshop, whether it’s an intricate single part or a concept model. Now, nearly all Make’s designs start life out on the build plate of a 3D printer.

Starting life on the build plate 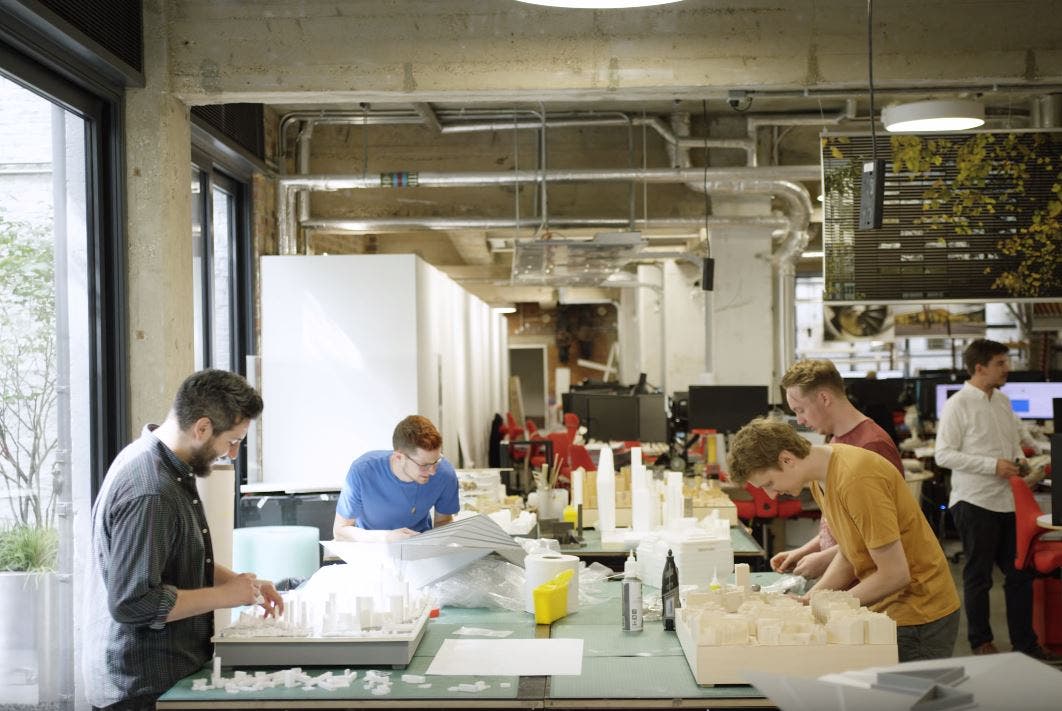 Before they used 3D printers, the Make team would make concept and context models by hand with foam and card. This was an exceptionally time-consuming process and would put at least one designer out of action for weeks.

It’s not an exaggeration to say that 3D printing has come in and revolutionised Make’s production process. The team can now create concepts and new model iterations in CAD, send them to print, and let their Ultimaker printers do the rest.

“We still have a wood workshop,” says Make’s Model shop Manager, Paul Miles, “but it’s a hassle to move big lumps of timber. The noise and dust are completely different to the clean and quiet printers in the office.” 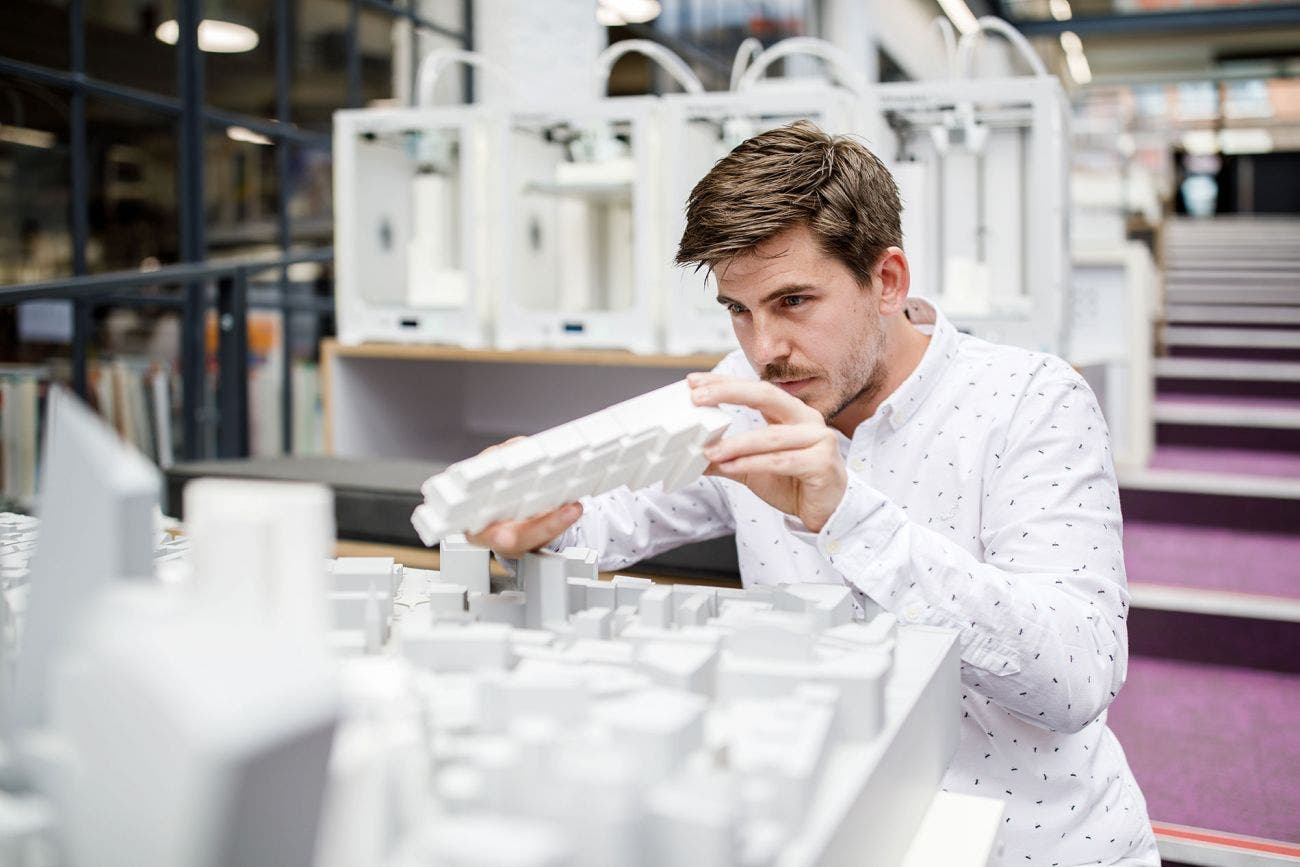 Cost saving and a maker’s culture

The cost savings, as you can imagine, have been enormous. Until a few years ago, Make would outsource the final build of a model. This would be crafted, by hand, from timber for around £20,000 at a time. It would also take around six weeks to complete. With the Ultimaker 3 Extended, they can 3D print the final model to a higher standard for £2,000 and have it ready in two weeks. That’s a 90% time and cost saving.

Despite the financial and efficiency improvements, the greatest benefit of 3D printing for the studio is the culture it’s created – a ‘maker’s culture’ that gives designers creative freedom. “3D printed concept models mean everyone – from architects to clients – can get their head down and really move around the model; they can pick up and feel the buildings,” says Paul.

3D printing has also made collaboration easier. Make has additional design studios in Sydney and Hong Kong. All these studios are connected with each other, and when needed, share ideas and CAD drawings. These can then be 3D printed quickly to create new ideas or meet deadlines. It’s a smart way of working. 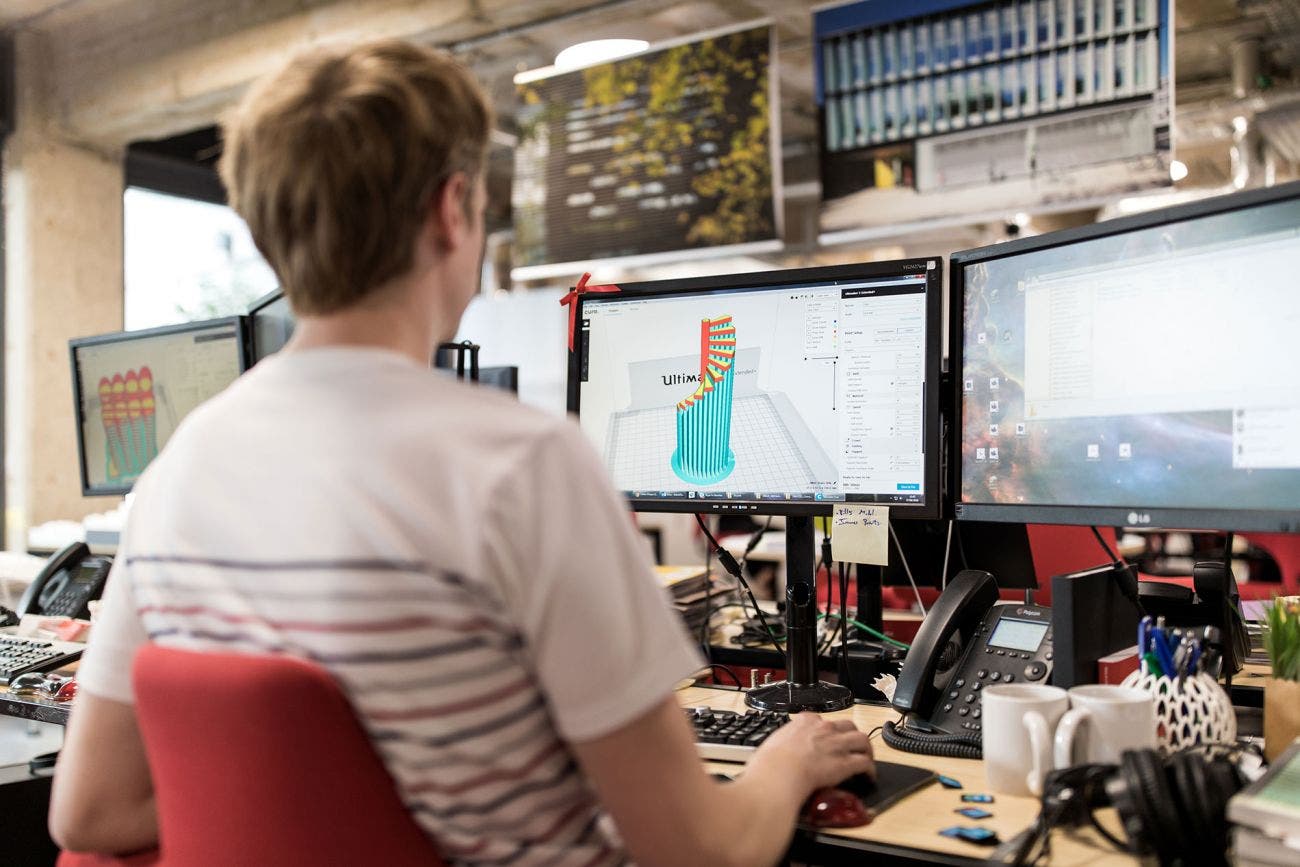 “We’ll set up files in London and they’ll print them out in Sydney or Hong Kong. It’s very much a joined-up effort, rather than individual studios,” added Paul. Cura (Ultimaker’s proprietary software) also plays a key role in this. ““When using multiple Ultimaker 3 printers, Cura Connect makes it really easy to track what’s printing and how the machines are. I sometimes log onto the network from home and check the print progress from there.”

This information was first published on the Ultimaker website.