Whilst using a green screen and digital special effects is not unusual in the world of cinema, it seems that now

3D printing is becoming more prevalent in Hollywood. The flexibility to manufacture one-off parts quickly and cheaply makes the technology an invaluable tool.

As additive manufacturing technology evolves to be smarter, quicker, and stronger projects can now be printed in a few hours instead of days or weeks.

Using 3D Printing as a cinematography tool means new ideas and design techniques can be experimented with to take the special effects of the cinematic universe to a whole new level.

the range of 3D printing applications in the movie industry is vast! Using the technology to print props, costumes, animated puppets and even filming the printers in action for the film!

The Advantages of 3D Printing in Cinema

Nowadays, there is more attraction to the filmmaking industry than ever, as it is considered a major source of entertainment for society. As the audience increases, so do demands regarding the improvement of content and quality in films. High-definition graphics and flawless special effects only make films more interesting for people to watch.

Special effects include using high-tech equipment, just like 3d Printing in cinema, to achieve precision in terms of the design and even specific details of the film as even the most trivial of things can attribute great meaning to a movie. 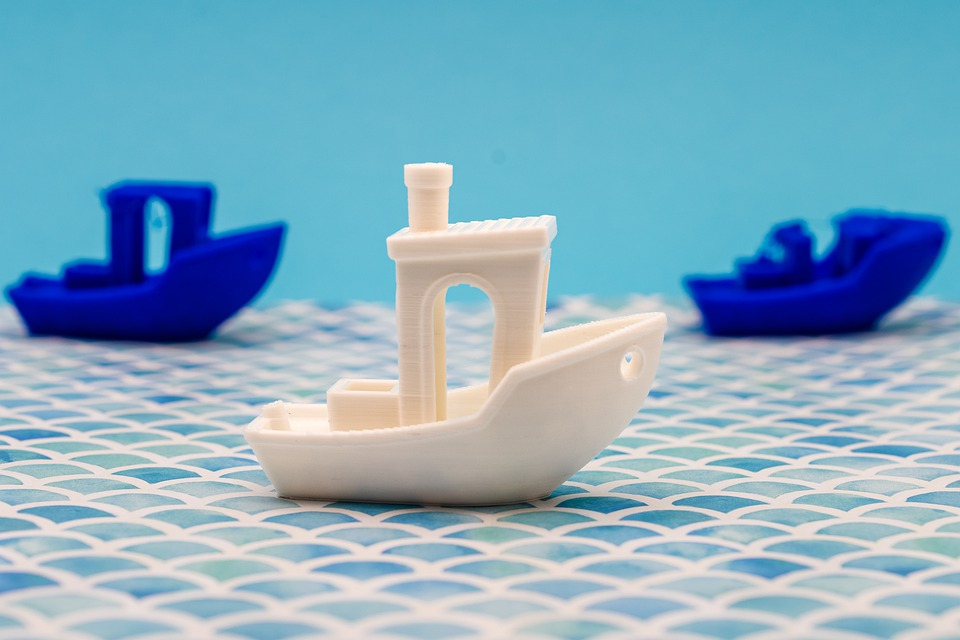 First and foremost, there is no doubting the quality of objects produced by 3D printing but more importantly, it is a rapid and efficient means of production. Older methods of manufacturing would require copious amounts of time and effort and this simply isn’t feasible given the requirements of today’s cinema. With 3D printing, things like costumes can be printed multiple times with ease using the same model.

As mentioned above, 3D printing can save a lot of time when it comes to production. This does not just include costumes, but all props, designs and anything that may need printing can be produced in a cost and time efficient way. 3D printers may be a heavy investment but it is certainly worth it in the long run given the cost of other manufacturing methods.

A huge downside to production through manual labour is that there can be countless loopholes and mistakes in the finished product. Humans make mistakes that can inevitably affect the outcome, but machines rarely do. A 3D printer, if programmed correctly, will work to its full potential and can render premium quality results that are completely reflective of an original design.

Making changes to something made conventionally is close to impossible because changing or modifying it will negatively impact the overall quality of the finished product. Not to mention the additional time the change will take, and if multiple identical props are created with the same miscalculation, changing all of those would be a huge inconvenience. However, 3D printers huge inconvenience. and any problem can be fixed with a slight alteration in its programming. 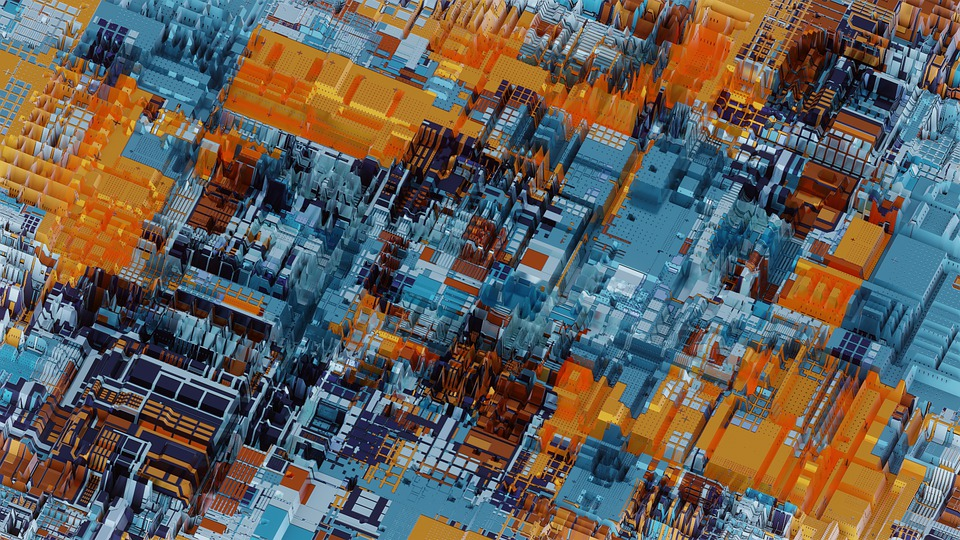 A rapid prototype fabricates a ready-made prop, model, or assembly using three-dimensional computer-aided design (CAD) software. The creation is a result of additive manufacturing also known as the 3D printing process. This printing results in the creation of a physical model prop that can be used in the scene.

When props are made manually, techniques and ways to make a finished product are limited and this often thwarts accuracy. However, this is not the case with 3D printing. This software allows for complete personalisation with even the most minute of details being correctly produced. There are comparatively fewer limitations and boundaries with the 3D printing option.

From the Model to the Final Result

3D Software for the Film Industry

There are numerous software available for programming the printer itself. These options include Fusion 360, Autodesk Maya, Inventor, Legacy Effects, Modo, Solidworks software, and many more. Some film sets require large architectural plans that may take weeks or even months to be prepared manually. However, 3D printers can facilitate this process, making it less time-consuming and offering the option of personalising algorithms so the prop can fit the required scene perfectly while maintaining a quality design.

The Role of 3D Scanners

Jason Lopez, a fashion creator and designer who designed the infamous Iron Man suit, explained the process of creating suits from a 3D printer. He explained that to make a suit that fits perfectly, the model or the actor has to step into the machine as a means of providing precise measurements that need to be followed while making the suit.

Then, with that information and the correct processing and design commands, the suit is first created with low-resolution 3D foam. This is just to make sure that the product represents the exact dimensions required for the film, and once it is approved, the actual product goes on to be made. 3D measurements and customisations are mostly very accurate. 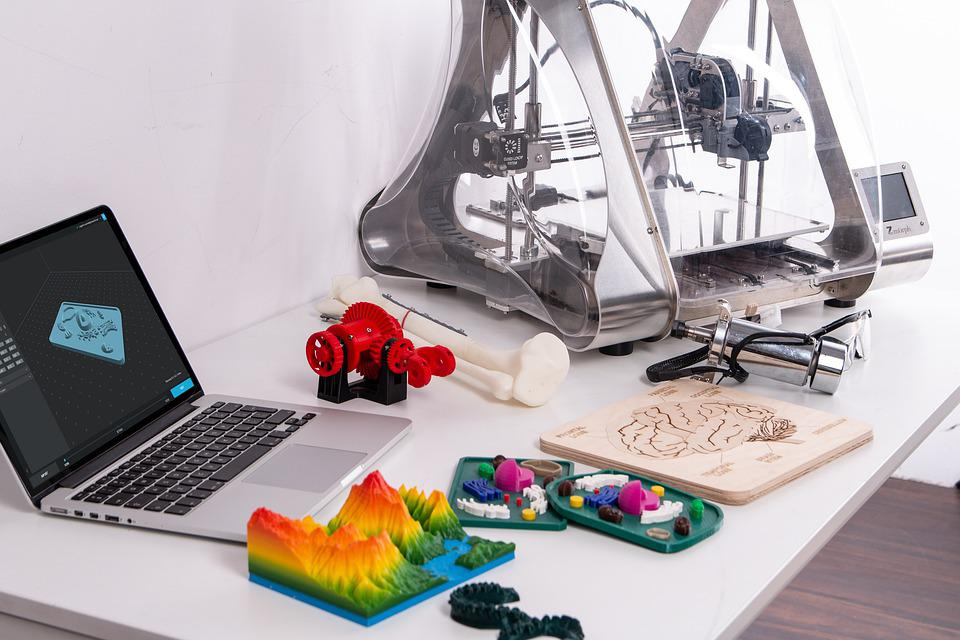 Which 3D Printing Technology Should I Choose for Film Production?

According to Jason Lopez, a post-processing procedure can take up about 99% of the manufacturing and production time. Therefore, a long post-processing time should be scheduled so that reworking 3D printed parts doesn’t interfere with any deadlines. Reworking usually involves smoothening and cleaning surfaces of the product before it is presented. This work does have to be done manually.

The Challenges of 3D Printing in the World of Cinema

Technology can involve high costs for producers. This is notably the case with the post-processing technology mentioned above given the manual work needed even after the product is created. Likewise, when large amounts of the same product are required, (as is the case with costumes, for example), a 3D printer can easily be programmed to produce replicas of the same item. However, rendering identical props with manual labour would be highly unlikely on account of inevitable stitching errors and mistakes with measurements, not to mention how time-consuming this would be.

Furthermore, it is true that technology has been advancing exponentially in recent years but understanding the technicalities of technology such as 3D printing is a complicated affair. For this reason, film productions require experts to maintain and operate the printers, which is a costly requirement in itself.

A lot of thought and detail goes into the production of props and costumes designed to feature in a film, and the effort required to accomplish these designs cannot be denied. After all, as Black Panther’s head costume designer, Julie Körner once claimed, more effort goes into costumes for a film than a fashion line.

The Future of 3D Printing in Film

3D printing has been firmly adopted by the ‘Big Five’ movies studios – Disney, Paramount, Sony, Universal and Warner Bros. who have all utilised the technology in a variety of big blockbuster films including James Bond, Star Wars, and Marvel Universe. Independent smaller film production companies are quickly realising the benefits that 3D printing brings to them as well and investing in the technology to print rigging systems for cameras as well as pieces used in front of the camera.

3D Printing is here to stay in the world of film and and has a bright future indeed.

To learn more about the variety of industrial 3D printers on the market, visit our website.

Note: We offer samples created directly from our printers so that you can observe the quality of the finished products and the manufacturing process.