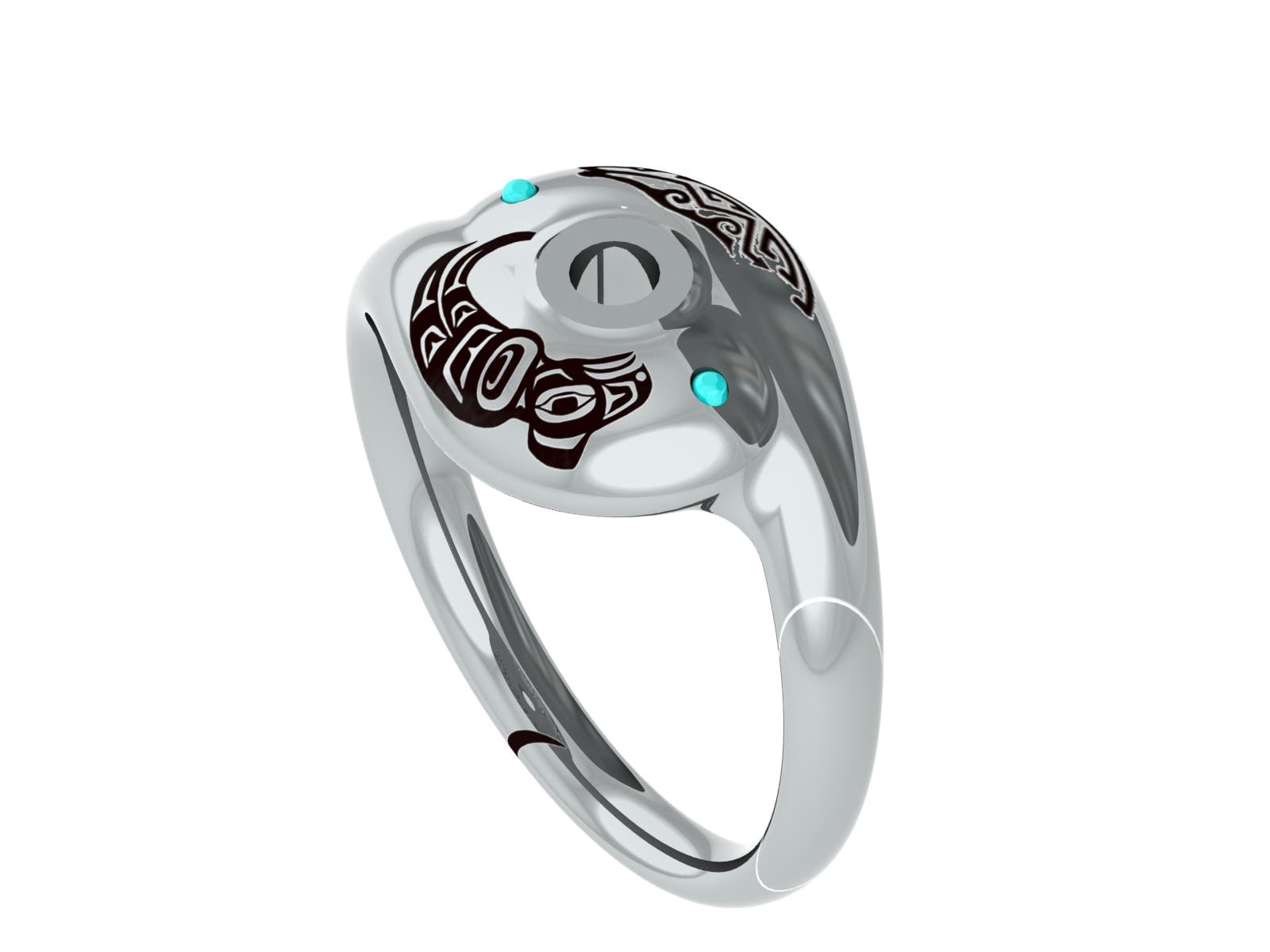 Depending on where you seek your advice about buying an engagement ring, you’ll be told to look out for the four Cs (colour, cut, clarity, carat), the purity of the gold in the ring (if you choose gold at all) and to consider whether a cluster, solitaire or princess cut are likely to impress. There are, of course, hundreds more variables which can make the process complicated.

Faced with these overwhelming variables, many people head into a jewellers and buy a ring they enjoy on the spot. A fast buy, after some research, eases the burden. The problem with this though is a lack of individuality; those rings are clones of others and won’t always represent the individual identities of you and your partner.

So, how about designing and 3D printing your own engagement ring instead? At least then, you’d be able to honestly say you put your heart and soul into your choice. 3D printing is a match made in heaven for engagement rings, because it enables you to prototype designs quickly at minimal cost. If that sounds like something you’d be interested in doing, Luke Winston’s efforts for his fiancée Raven should serve as clear inspiration.

Luke Winston works for Formlabs as a Sales and Operations Lead. He decided to design, and 3D print a unique engagement ring for his fiancée Raven to reflect their unique relationship and individual identities. The project would be done in secret – away from the prying eyes of his colleagues. His only partner in crime? Yoav Reches, who helped design the Form 1 3D printer which was released way back in 2012 through a Kickstarter campaign. How time flies.

“I wanted the engagement ring to be uniquely significant to my fiancée Raven and I” explains Luke, “Like any engaged couple, we have our individual identities as well as our history together. I wanted the ring to tell that story.”

Luke decided that he wanted to design a ring that incorporated the Tlingit Raven and the Zuni Wolf into it. Luke is from New Mexico, but Raven is half Tlingit from Northern Canada. Ravens can’t marry into the same moiety, so a running joke with the couple is that Luke has to be Raven’s ‘Wolf’. To reflect this, Luke wanted to design an engagement ring that incorporated two aspects of his partner’s heritage into it – the Tlingit Raven and Zuni Wolf.

It made perfect sense and with a rough idea in his head, Luke collaborated with Yoav Reches to go over some concepts.

“Yoav isn’t a jeweller by training, but he is a wizard in Solidworks. He took me through many iterations of the design.” says Luke, “I loved that we could use Solidworks to have photo-realistic renderings of the ring in different metals. But on the screen it was enormous and out of context. So we printed this version on the Form 1+. The proportions didn’t work. But we did like the idea of two sides of the ring coming together from separate worlds to form a continuous whole.” 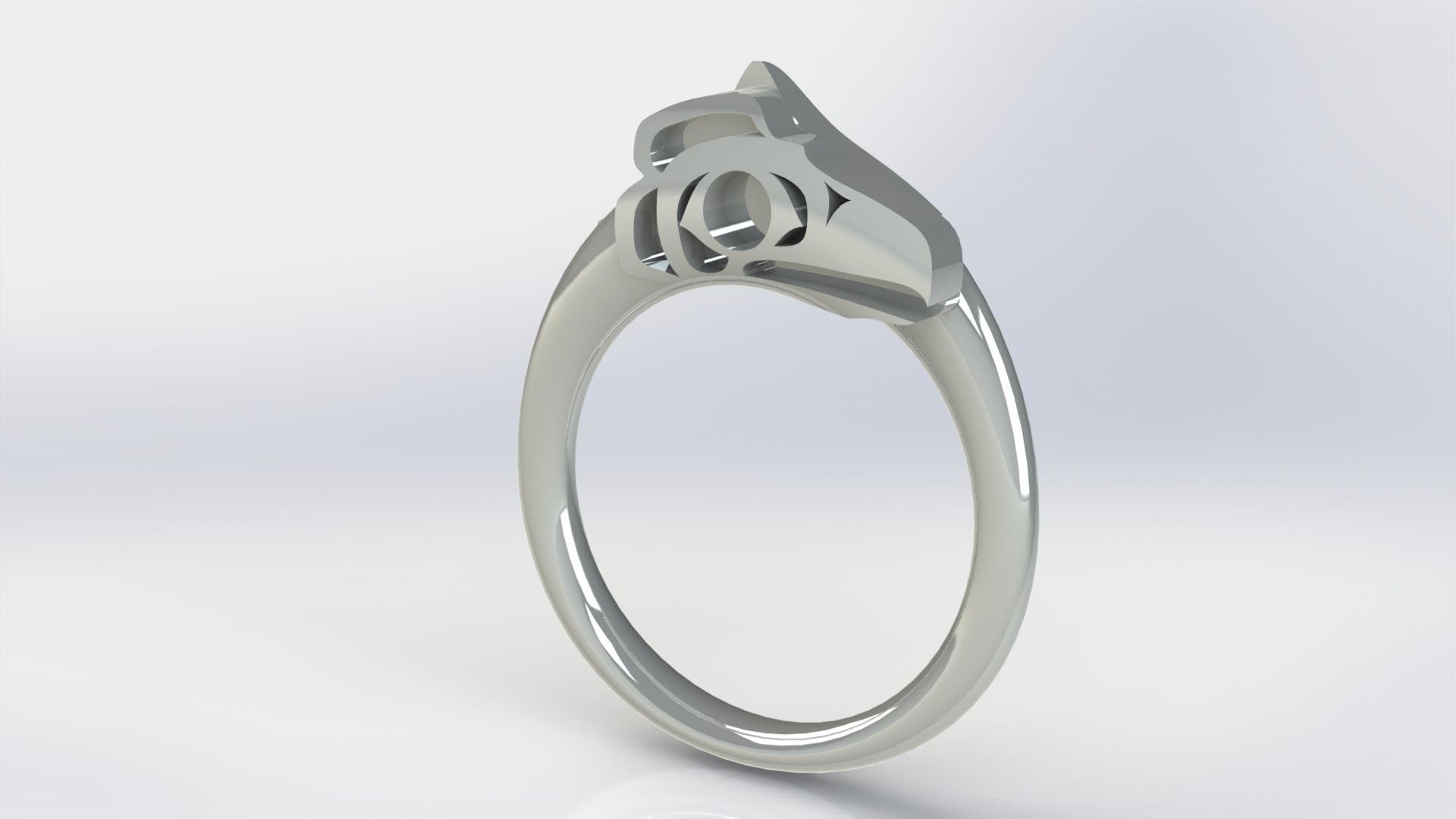 Pictured above: An early prototype.

In the end, it was decided that the ring should have a flattened vortex on top with the wolf and raven engraved into it. Early designs had the two animals cast together to form a shape. However, this simply wasn’t practical for casting. After a design was chosen, it was time to personalise it. “Turquoise is one of the key signatures of New Mexico, so we decided to add two small stones at the edges of the ring. Yoav carefully stashed prints of each iteration at my desk, keeping the process a secret. Once we agreed on the final design, he printed a version and sent it to a good friend who is an expert caster.”

And here’s the finished piece: 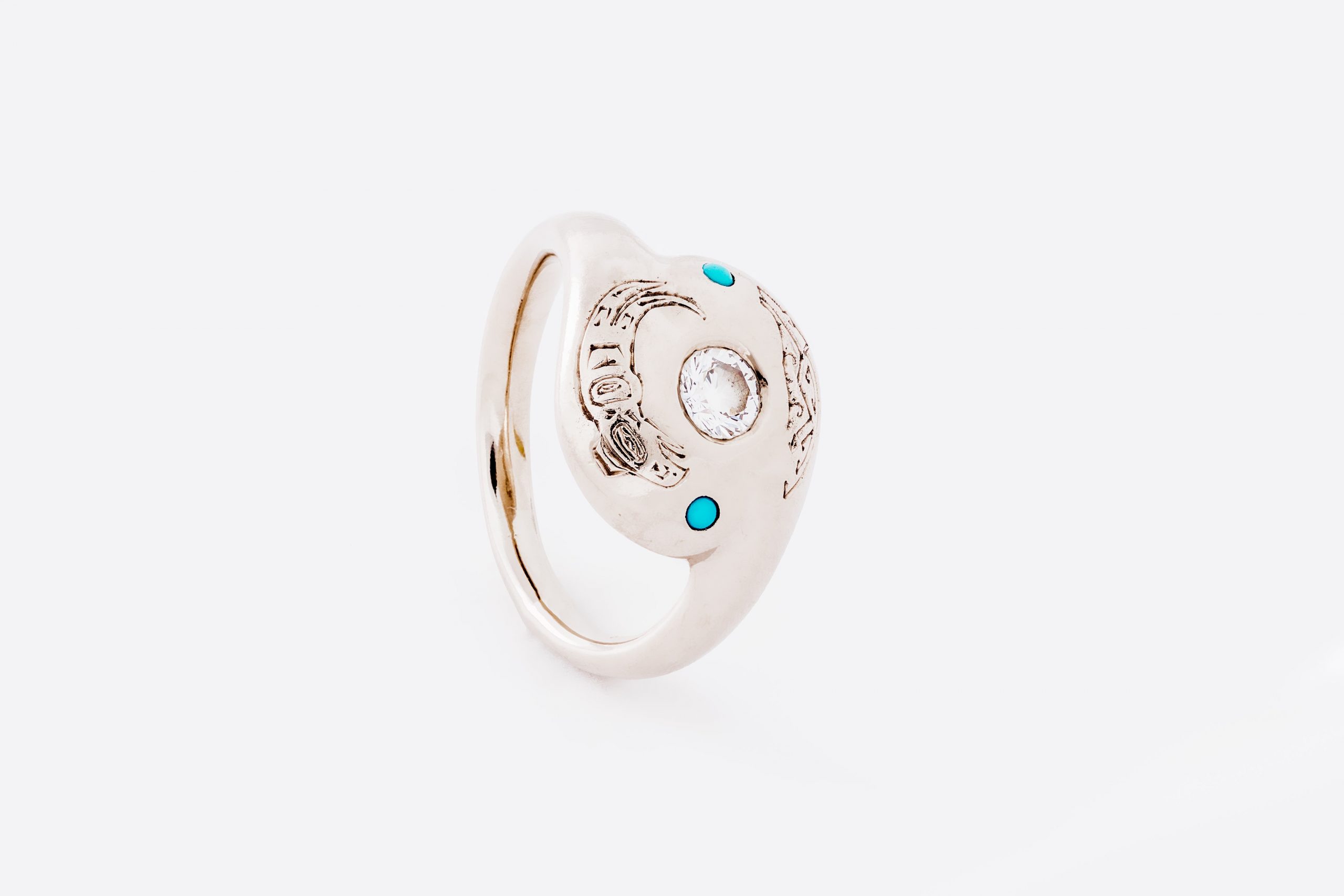 The ring was cast using Castable Resin. White gold was chosen for the metal. The raven and wolf engravings were done by hand for a truly unique finish and are far more intricate than the image shows.

Oh, and she said YES. How awesome is that?