Sports is an area where 3D printing has huge potential. From 3D printed gum shields for boxers and rugby players to 3D printed studs for footballers, there are a wide range of potential applications. Athletics 3D, a French company, specialise in making such equipment with one of their more recent projects being a custom-made grip for a CM 162el Morini air pistol.

Celine and Sandrine Goberville sisters are top-level French athletes who compete in 10 meter air pistol shooting. Their weapons have custom grips designed for the unique contours of their hands. Celine and Sandrine had been using the same grip for more than 10 years before trying something new.

Because the grip of a pistol affects its balance and feel, when it comes to competitive shooting the grip has to be custom made. “Details can make the difference between winning and losing”, says Clement, who has to shoot 40 times in 50 minutes at a distance of 10-metres during a competition.

“Therefore our goal was to replicate the grip design Goberville sisters have been using but make it lighter”, says Athletics 3D head Clement Jacquelin. “And we have used Zortrax 3D printers and Z-ULTRAT filament to do this”, he adds.

“We used a 3D scanner made by Zeiss, a very precise tool to get the shape and all the proportions right. We have been through a series of meetings with the sisters and their coach and father Daniel Goberville. [The] Results were very good. Celine scored 391 points out of possible 400 under qualification round rules. That was impressive. She tied the current olympic record”, says Jacquelin. “And then we started to work on making our grip even better”.

To perfect the design, the team are taking the original grip, scanning it digitally, modifying it in CAD, and printing prototypes. In doing so, they can test new iterations out and continually improve them. Best of all, this can happen within a day or two. There’s no waiting around for the grips to be made, and unlike with a walnut grip, the manufacturing isn’t by hand. This reduces costs and ensures any replacements can be knocked up on budget.

“We’re in the middle of this process. What we want to do is to change little things in the original design. Made some parts of the grips thicker to improve balance, change some angles to improve handling and so on. But at this level it’s the little things that make the difference”, says Jacquelin.

Here’s a photo of one of the prototypes in testing: 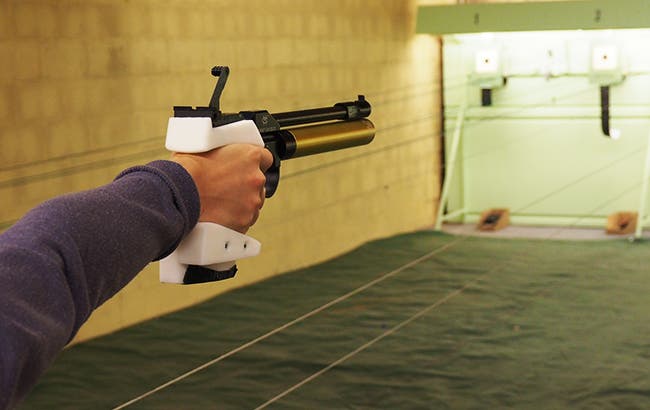 And here’s a photo of one of the finished grips: 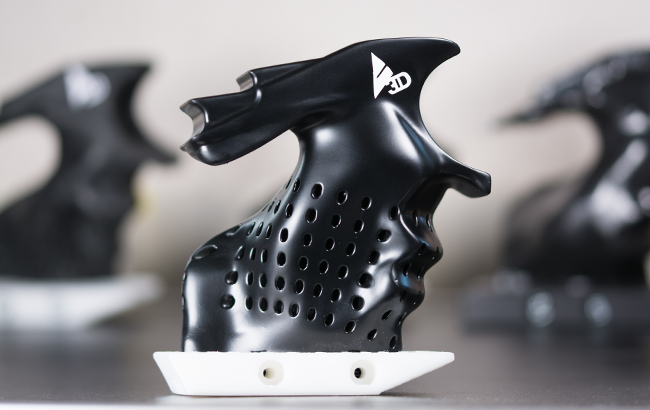 This information was first published on the Zortrax website.