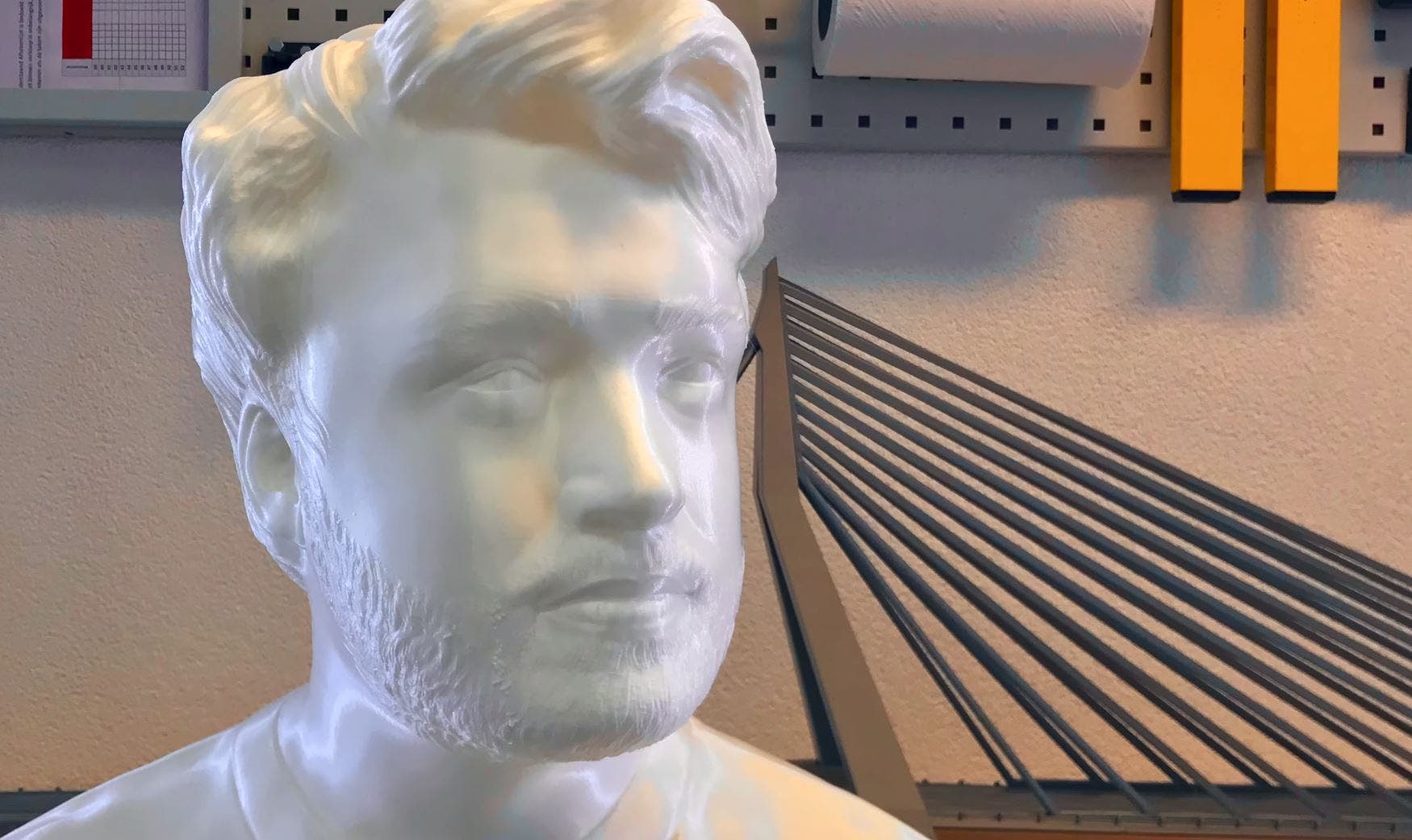 The art of sculpting is as old as human civilisation itself, and 3D sculpting is a truly fascinating way to go about it. With a 3D printer, you can bring people, warriors, animals, monsters and anything else to life without actually sculpting the final model. This is made by the 3D printer, using a design drawn in software.

There are a few ways to go about it. You can combine traditional sculpting with digital workflow, in which you first sculpt a model from clay and then scan the model digitally with a 3D scanner to create an accurate version in software. You then refine this in CAD software, before sending it to the 3D printer to be created. In the case of a bust, you might instead 3D scan a person’s head and send the scan to print.

This process can also be turned upside down – so, you can create a model in CAD, print it, and then use that model as your basis for a hand-sculpted piece.

Another way to go about sculpting with a 3D printer is to design everything in software without a physical reference model. This, actually, is how most 3D printing projects work – you take a design drawn in software and print it (this is why places like Thingiverse exist – so you can find fantastic designs to print from scratch).

And so we move onto a real-world application of 3D sculpting:

In this application, Oliver Heldens, a 23-year old Dutch DJ from Rotterdam, had a bust of himself printed on the Builder Extreme 1500 3D printer.

The project all started from a quip made by a caller into the Dutch radio station Slam FM. The radio was playing a song by Oliver, after which a caller phoned in and said Oliver should have his own statue. Builder 3D, a 3D printer manufacturer, phoned in to discuss this live on air. It really was a case of the early bird gets the worm.

A few weeks later, Oliver Heldens and his team went to 3D Makerszone in Haarlem and made a 3D scan of his body. This was then sliced and sent to Simplify3D, a 3D printing services company, who took the sliced file and modified it to suit the Builder Extreme 1500 PRO, a large-format 3D printer widely used for prop making. 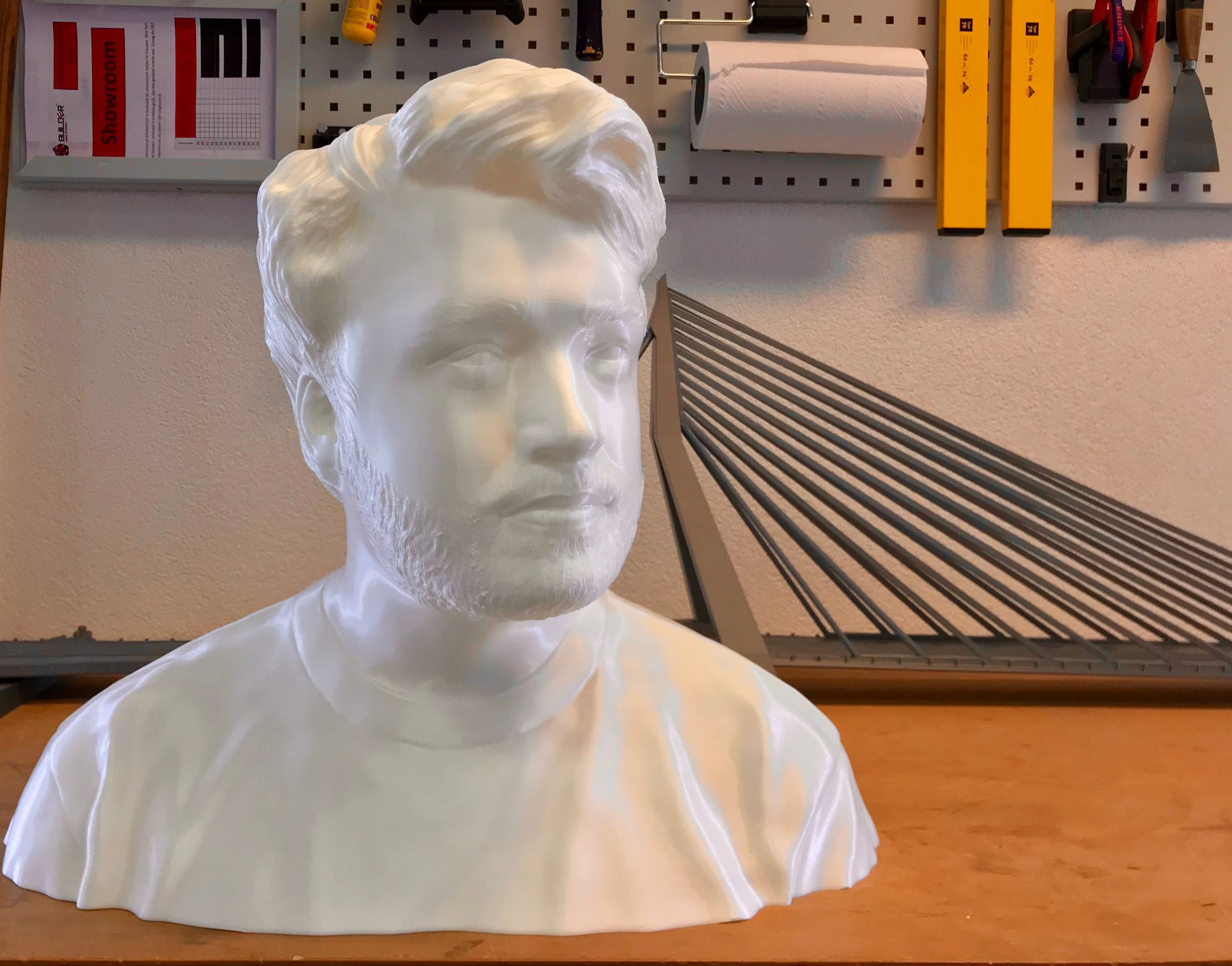 The bust was 3D printed with a 0.4 mm nozzle, a 0.2 layer height and was made of PRO1 filament. PRO1 filament is a modified tough PLA with similar characteristics to ABS, but it prints faster and is biodegradable with special composting. It captures fine detail extremely well and creates strong, durable models – perfect for a bust. 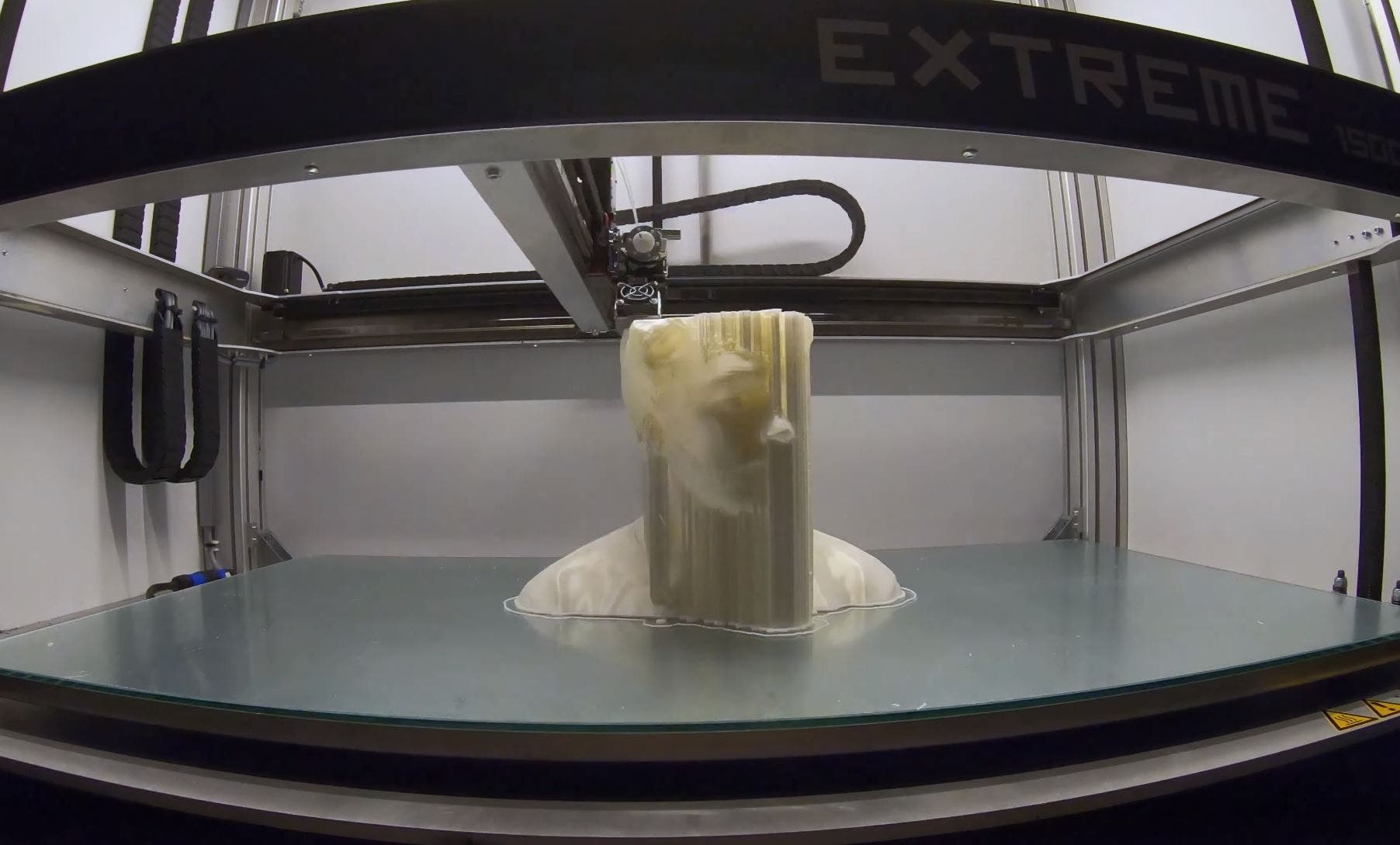 The 3D printer of choice, the Builder Extreme 1500 PRO has a 1100 x 500 x 820 mm (XYZ) build volume and a fully enclosed chamber. The fully enclosed build chamber provides a stable environment for the extrusion and layering process, and the dual-feed extruder system is a unique, proprietary setup that’s engineered to deliver maximum performance and uptime. In our experience, it produces exceptional models – at scale – and is a reliable manufacturing tool for virtually every industry.

The statue was finally presented to Oliver at the Amsterdam Dance Event, which is one of the biggest dance events in the world. Oliver performed at the event, showcasing his bass and future house catalogue. He recently signed to RCA Records and has a very bright future ahead of him in the music industry. We wish him well.

This post was originally covered by Builder 3D in collaboration with Oliver.

If you enjoyed this case study, you’ll probably like this one covering how 3D printing was used to reconstruct a Triceratops for a museum. You can also find similar case studies at our model making page.