Layer resolution isn’t the be all and end all specification when it comes to detail, however, because some 3D printers actually perform worse at extremely low resolutions than they do at a standard layer resolution. Sometimes, the best way to get a detailed but accurate part is to compromise and settle for 100 micron resolution. At this resolution, parts will still appear stunning to the human eye with plenty of detail packed in. 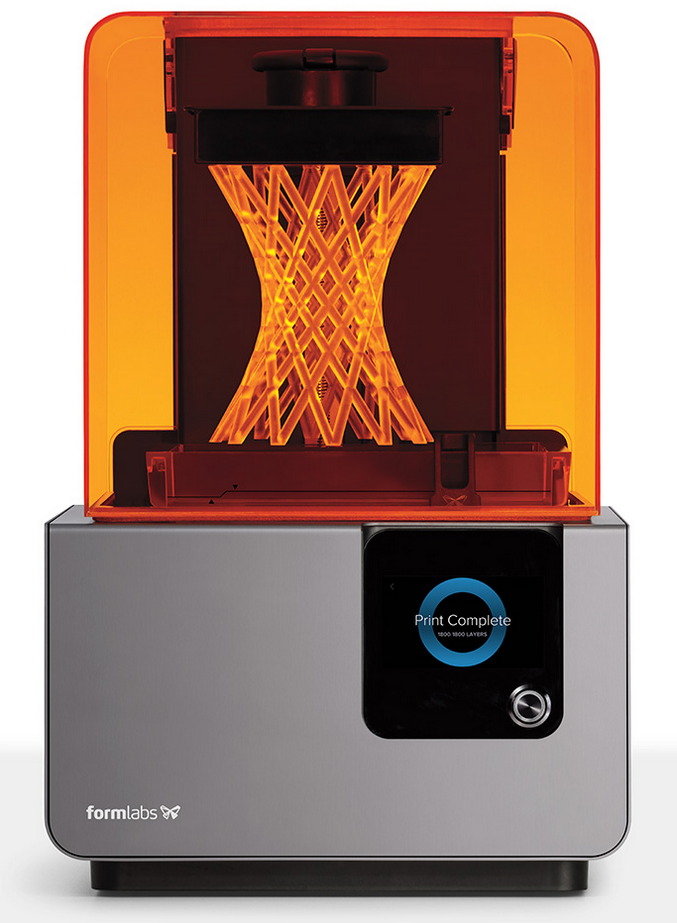 The Formlabs Form 2 is a stereolithography (SLA) 3D printer. It 3D prints models from a tray of UV-curing resin down to a resolution of 25 microns, and its performance at this resolution is exceptional. Having used this printer extensively at its lowest resolution setting, we would honestly say that it is more accurate than any FFF desktop 3D printer available. Even parts, models and objects printed at a resolution of 50 or 100 micron look amazing.

The Form 2 is ideal for use within industries like dentistry and jewellery. To give you an example, Dr. Michael Scherer uses his Form 2 to fabricate surgical guides. Dr. Scherer scans his patient’s mouth, creates an STL file, sends that file to print and then lets his Form 2 3D printer create a detailed model for him. He also uses oral scan data to accurately 3D print retainers and aligners and crowns and bridges for his patients.

The best part is Formlabs has created a range of resins to suit most needs. There’s Tough Resin with a yield strength of 52.2MPa, Flexible Resin with elastomeric properties, Castable Resin for investment casting and several other resins to choose from, all of which serve a purpose to satisfy most people’s needs. 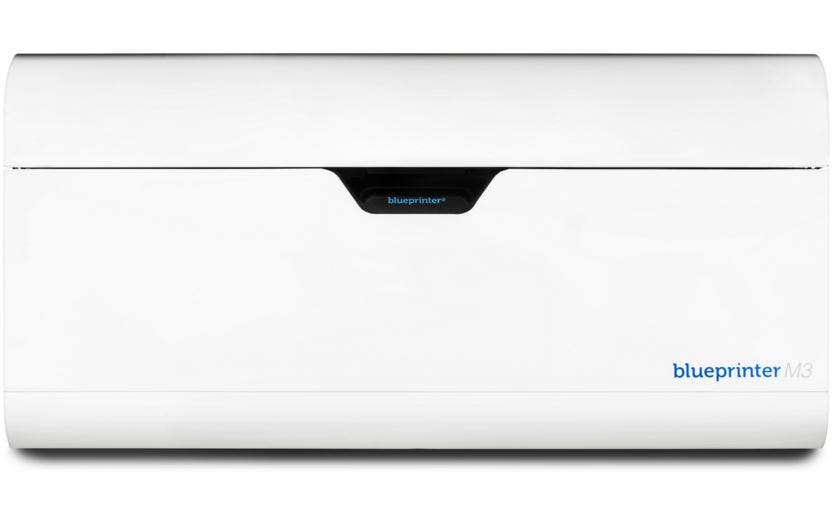 The Blueprinter M3 is a Selective Heat Sintering (SHS) 3D printer (a similar process to SLS and a cost-effective alternative). The M3 has the benefit of being able to print parts without the need for support structure. This means you can create parts, objects and models that you perhaps couldn’t with a stereolithography or fused filament fabrication 3D printer. The layer resolution goes down to 100 microns with the M3, yet complex details and ultra-fine details really come through the thermoplastic powder, so looking beyond the official resolution and spec sheet is recommended.

We have dubbed the Blueprinter’s printing process as ‘free form’ because it’s seriously impressive how it prints parts without any support structure whatsoever. You really can print complex shapes that can’t be printed on other 3D printers. We also like the fact that this printer is environmentally-friendly (the thermoplastic powder can be reused, so there’s no waste) and we love the fact that this printer is so easy to use. You simply load STL files into the web-based Blueprinter software.

The M3 is also cost-effective. It’s a tenth of the cost of most other thermoplastic powder printers and the Selective Heat Sintering technology is patented and unique to Blueprinter. 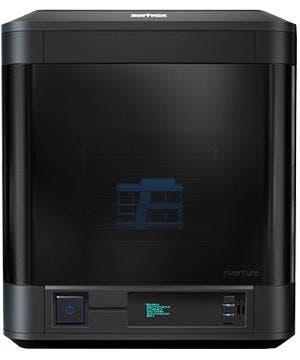 The Zortrax Inventure is a Layer Plastic Deposition (LPD) 3D printer. It can print at a layer resolution of 90-400 microns. This printer is a good compromise if you don’t have the budget for a Blueprinter because it boasts a dissolvable support system, allowing you to 3D print parts that you perhaps couldn’t with a FFF or SLA 3D printer. The Inventure would be ideal for printing complex parts that would ordinarily involve difficult removal of support structure.

The Inventure achieves this system by way of two extruder heads; one dedicated to the primary filament (Zortrax Z-ULTRAT Plus) and one dedicated to printing PVA, which is water soluble and non-toxic. With ULTRAT-T Plus, you can print complex parts and even moving mechanisms in one piece.

Parts printed at 90 micron with the Inventure have a nice, clean finish and fine details can be captured, although admittedly not to the same standard as the Form 2. The upside is the Inventure costs far less. We will be taking stock of these printers in April. 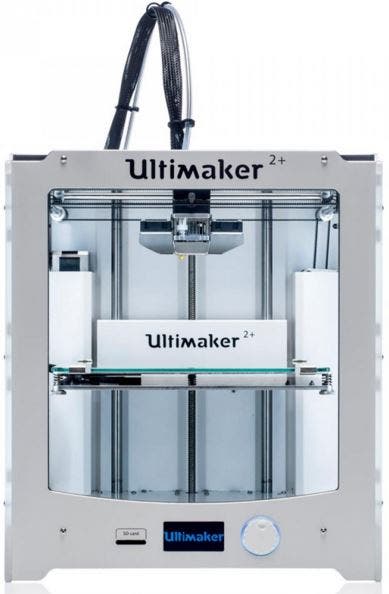 The Ultimaker 2+ is a fused filament fabrication (FFF) 3D printer. It boasts the best layer resolution on our list, with the ability to print at a layer resolution of 20 microns. New for 2016, this printer also boasts a swappable nozzle system giving you a high level of control over print detail and print speed. You can switch between 0.25, 0.4, 0.6 and 0.8 mm nozzles quickly and easily.

The Ultimaker 2+ also offers greater consistency than its predecessor, the Ultimaker 2, thanks to a revised airflow system with new fan caps that distribute air more evenly over the nozzle for smoother prints. Our tests have shown that the Ultimaker 2+ prints fine details extremely well at a layer resolution of 100 microns. Its performance tails off somewhat below this, however, and so for the best results we recommend a 100 micron resolution setting, with this being the best compromise.

There’s also an Extended version of this printer offering a larger build volume (223 × 223 × 305 mm vs. 223 × 223 × 205 mm) or, if you already own an Ultimaker 2 or Ultimaker Extended 2, you can upgrade your printer to ‘Plus’ specification with the Ultimaker 2 Extrusion Upgrade Kit. This Kit adds the Plus’s geared feeder motor, revised air flow system and swappable nozzle system to the 2 and Extended 2.